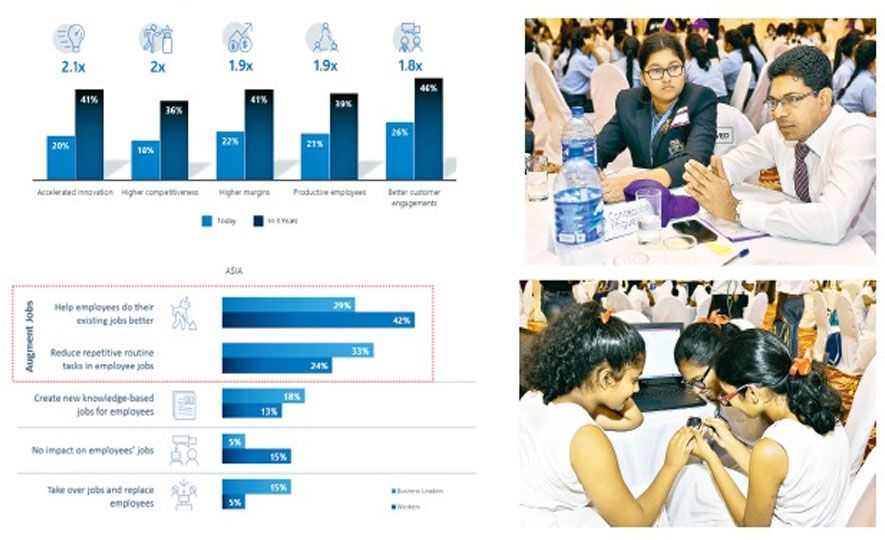 Microsoft and IDC announced via media release the results of a survey where more than 1,600 business leaders and over 1,580 workers across 15 markets in Asia Pacific were asked about the impact of artificial intelligence (AI) on society, business and the economy. The study involved 1,605 business leaders (strategic decision-makers of organisations with 250+ staff) and 1,585 workers (non-decision-makers with an understanding of AI) over a range of industries in 15 markets – namely, Australia, China, Hong Kong, Indonesia, India, Japan, Korea, Malaysia, New Zealand, Philippines, Sri Lanka, Taiwan, Thailand and Vietnam.

For the organisations that have implemented AI initiatives, the top five business drivers to adopt the technology were: Better customer engagement (26 per cent of respondents named it as the number one driver); higher competitiveness (19 per cent); higher margins (18 per cent); accelerated innovation (15 per cent) and more productive employees (9 per cent).

IDC Asia/Pacific Consulting Operations Vice President, Victor Lim said: “Last year, organisations that adopted AI saw tangible improvements in those areas, in the range of 18-26 per cent. They forecast further improvements of at least 1.8 times in the three-year horizon, with the biggest jump expected in accelerated innovation and competitiveness.”

“Today, every company is a software company, and increasingly, every interaction is digital. To be successful in this new world, organisations need to be a fast adopter of new technologies; and secondly, they need to build their own unique digital capabilities,” said Microsoft Country Manager for Sri Lanka and Maldives, Hasitha Abeywardena. “Economies and businesses that have yet to embark on their AI journey run a real risk of missing out on the competitive benefits that are enjoyed by leaders.”

This is particularly relevant to Sri Lanka, given the announcement last year where ‘AI Nation’ was positioned as the next big pillar for IT sector growth and where the National Export Strategy (NES) Advisory Committee on ICT/ BPM expects to get around 5,000 data scientists in the next five years for Sri Lanka to be well ahead of the pack.

In Sri Lanka, the IT industry can potentially become a US$ 5 billion industry by 2022, creating 200,000 direct job opportunities, and enabling the launch of up to 1,000 start-ups.

“When it comes to creating or replacing jobs, 18 per cent of business leaders believe that AI will produce new jobs, whereas 15 per cent feel that the technology will replace jobs. Interestingly, workers are more optimistic, with only 5 per cent expecting AI to replace jobs, while 13 per cent anticipate AI to create new ones,” said Lim from IDC.

“Microsoft’s vision for AI is first and foremost about people. AI technology cannot progress without them. This means that millions will need to transform themselves into skilled workers as well as learners that an AI future needs,” said Abeywardena. “It is wonderful to see that 84 per cent of businesses prioritise skilling and re-skilling of workers in the future.”
“The jobs of today will not be the jobs of tomorrow, and we have already seen demand for software engineering roles expand rapidly beyond just the tech sector. However, building an AI-ready workforce does not necessarily mean an acute need for technological skills,” he added.

The top three future skills required by business leaders in Asia Pacific include quantitative and analytical skills, digital skills, as well as adaptability and a continuous learning mindset. The demand for all three is higher than the existing supply.

According to Sri Lanka Association for Software and Services Companies (SLASSCOM), the potential economic impact from data science and AI exceeds more traditional information and technology services and hardware. Sri Lanka’s IT industry is planning to prioritise data science and artificial intelligence to increase the export of skilled workers and improve its GDP.

In the K-12 education space, Microsoft is working with the Ministry of Education to train teachers to become innovative educators. Last week, Microsoft held a full day session for #DigiGirlz at the Office of the Prime Minister of Sri Lanka. Over 500 girls, including their parents and teachers, experienced career coaching sessions, heard from an esteemed group of industry leaders in a panel discussion, and participated in a hands-on coding project using the BBC micro:bit and Microsoft MakeCode.

In the university and start-up space, Microsoft has given over 200,000 local students a global platform to voice their ideas through Imagine Cup. A spokesperson for a team that competed in the Microsoft Imagine Cup 2019 Regional Finals said they emerged with a lot more confidence in themselves and in their project. There was nothing they had seen at the finals that couldn’t be built in Sri Lanka and by Sri Lankans. It was just that the culture for innovation had to be developed and nurtured.

Microsoft has invested over US$ 11 million in Sri Lanka, offering technology skills training and connections to employment, entrepreneurship, and continued education. The company collaborates with Sri Lankan NGOs and Government ministries to generate interest amongst students to learn STEM and empower teachers with skills to teach STEM.

Hasitha Abeywardena, Country Manager for Microsoft Sri Lanka and Maldives, leads a career coaching session at the Office of the Prime Minister of Sri Lanka on International Women’s Day (8)