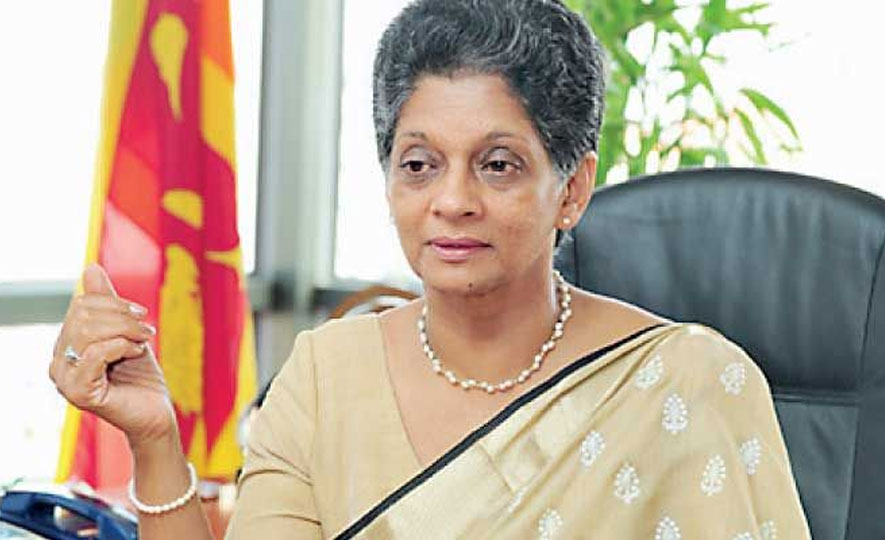 The Export Development Board (EDB), the apex body for exports in the country, has embarked on a program to groom 2,000 entrepreneurs to enter the global export market which will result in many trickle down benefits to the economy.

The EDB targets an export income of USD 15 billion this year from the marginally high growth recorded last year. Exports which had been on a decline since mid-2015 picked up marginally to record USD 11.78 billion at the end of last year. The ‘2000 Exporter Program’ which will be launched by the EDB on March 23 in the North is aimed at harnessing and training potential entrepreneurs in the region to export to the global market. The EDB targets 200 entrepreneurs to be potential exporters to the global market this year.

The exporter program will be launched in other regions commencing from Galle on April 7, Kandy April 27 and Batticaloa on May 5.

‘There are many who have skills and wealth but do not know where to invest. We want to help them to move beyond being a small scale businessman to a major exporter that will create employment opportunities and boost the economy in the region,” EDB Chairperson Indira Malwatte said. She said the North was selected to launch the program as it will stimulate economic growth in the region and strengthen reconciliation. “We need to tap the skills of the entrepreneurs in the North which had been dormant for many years and direct them to be sources of revenue to the country. They have enormous potential but lack knowledge on how to export.

The program will help them come up with the ideal products for the export market,” Malwatte said. An EDB official said discussion has been held with chambers, NGOs, government agents and cooperative societies to select entrepreneurs and identify products for exports. He said lifestyle, fishery products, processed food and ICT have been identified as sectors for exports. “One cannot export anything and everything. There has to be value and demand for a product. We have to go with the trend. Handicrafts has to go as lifestyle products,” he said. The idea for the 2000 Exporter program was mooted at the World Export Development Forum held last year and with the call of the prime minister to diversify the export basket, base and the market. ‘We are looking at exporting professional services such as banking accounting, legal and architectural services. The EDB will attract entrepreneurs with good managerial skills to go to the export market,” Malwatte said. She said exports had dropped in the past year due to the adverse global conditions such as the crisis in the Middle East which affected tea exports, the US elections and the Brexit. “We are hopeful the GSP Plus will open up market access for around 4,800 products from Sri Lanka to the European Union duty free,” Mawatte said.

However, Sri Lanka will need to diversify its product base and markets as it will not be eligible for the GSP Plus concession when it graduates to the upper middle income country status. Experts said with the deepening of the Free Trade Agreement with India,  an FTAs with China and Singapore this year exports will grow.