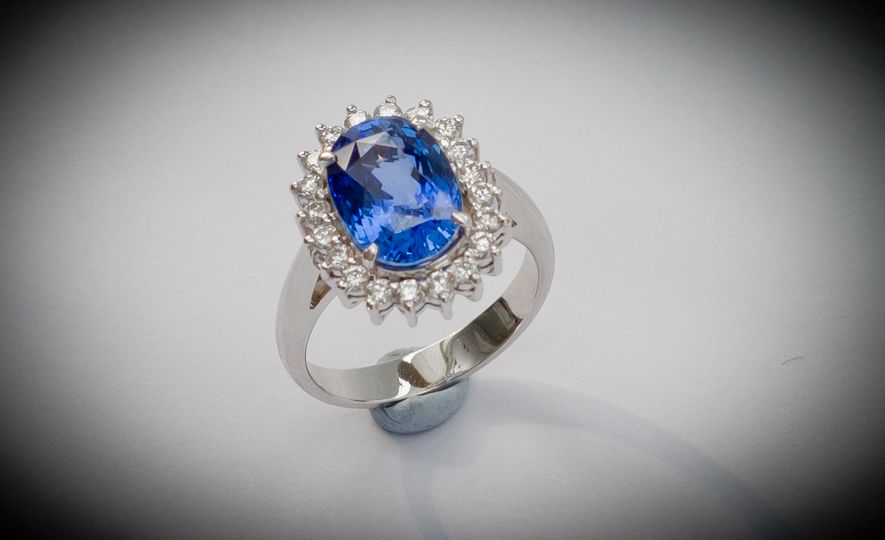 ‘Our target is to make Colombo the Gem and Jewellery Hub of Asia in the near future. For this to happen, the industry will have to maintain a successful growth while procuring a major part of the country’s exports’, he said.

Adamaly said that over the past few years, FACETS has been able to expand not only locally, but globally by attracting more and more foreign buyers to the exhibition. He added that together with the support of the Exports Development Board and the government, FACTES will aim to increase their export figures effectively.

‘We are expecting over 10,000 local and foreign visitors for FACETS Sri Lanka 2015. We believe that if we could achieve this milestone, it will be a major accomplishment not only for FACTES but for the entire Gem and Jewellery Industry of Sri Lanka’, he added.

Chairman and Chief Executive Officer of the Export Development Board (EDB) Bandula Egodage while addressing the opening ceremony, said that the Exports Development Board has identified this sector as a thrust sector and are looking at a one billion dollar gem export volumes in the future with the support of the gem and jewellery industry.

‘We aim to reach the highest level of gem revenues through value addition. We also need to make Sri Lanka a prime sourcing destination for gems. Our claim is we have the best sapphire in the world as well as best skilled craftsmen are in Sri Lanka. What we need is the correct vision. Despite having the best sapphires in the world, we are not the best sourcing destination for it due to competition from another country which takes our sapphires and builds its own brand. This is one reason that the EDB is continuously promoting this FACETS show during the past 25 years and also giving SMEs an opportunity to join. EDB introduced the Jewellery Design Competition in parallel. EDB was also the co-partner of ICA Congress held this year. With all these initiatives, we are confident we can more to $1Bn gem exports’, the EDB Chairman added.

Meanwhile, Former Minister of Industry and Commerce and Parliamentarian Rishad Bathiudeen said that Sri Lanka’s gem exports have increased by 31% during the year 2014.

‘Sri Lankan Sapphires that have made their way to the top of the world are being auctioned off and being highly recognized even among the most elite personnel. Ventures such as FACETS have played a major role in attracting more foreign buyers into the Sri Lankan gem and jewellery  market, therefore we should capitalize on these available opportunities to strengthen the Industry’, he said.

He also emphasized that the Sri Lankan gem and jewellery sectors should focus more on expanding their markets and making an impact internationally. He further highlighted that measures should be put forward to ensure that the country receives maximum benefits from the two sectors.
‘While ensuring that we maximize on the available resources, the safety of the environment should also be considered. Therefore, more practice that promotes environmental safety should be encouraged’, he added.

Closing his remarks, the former Minister of Industry and Commerce stated that FACETS has played a key role in bringing in much valued response not only from the Asia –Pacific region, but especially from the European regions as well.