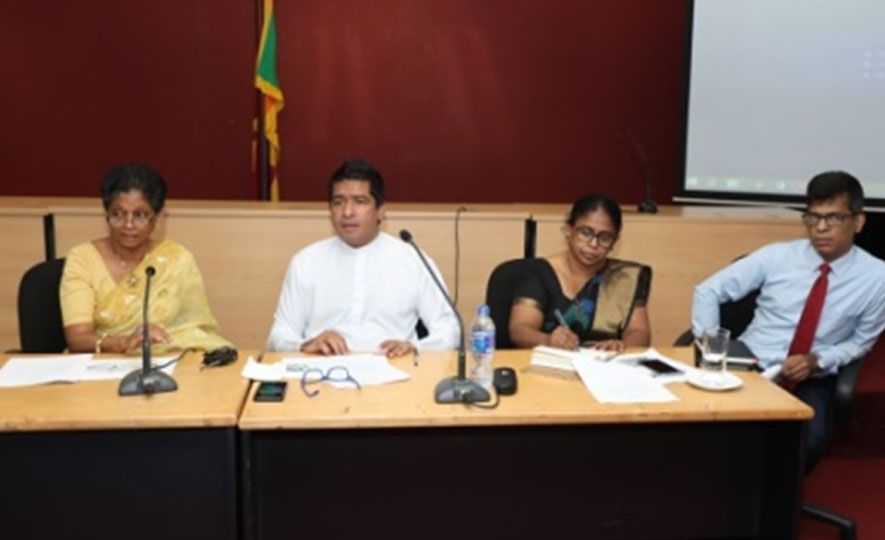 The National Export Strategy (NES) has started sailing in the high waves after obtaining the Cabinet approval and the launch with all the stakeholders of the NES. The NES, a flagship development project spearheaded by the Development Strategies and International Trade Ministry and Sri Lanka Export Development Board (EDB), together with the public-private partnership, commenced its implementation.

Some quick wins, which could thrive in exports and grow at the targeted rates, were extracted from the NES plan of actions in consultation with the advisory committees currently being implemented through the budget proposals – to name a few, the Export Market Access Support Scheme, Establishment of ICT Initiative programme.

In addition, the electronic industry is working closely with the EDB and Board of Investment (BOI) to attract new investors, who are already established in the global network, to be engaged with the local partners through joint ventures with Sri Lankan electronic exporters and manufacturers.

Furthermore, the EDB together with the ministry, BOI and other relevant government institutions and industry, is heavily occupied in establishing a dedicated industry zone for boat building, to establish infrastructure facilities for the boat building industry in the Koggala Industrial Zone and Weligama and also development of a regulatory framework for the boat building industry. In addition, the establishment of a Trade Promotional Platform is also being finalized.

The NES Management Unit is established to lead the co-ordination, follow up and monitoring of the NES and to work closely with the relevant ministries, national agencies, industry associations, private sector organisations and development partners in enabling a smooth sail for the NES implementation. 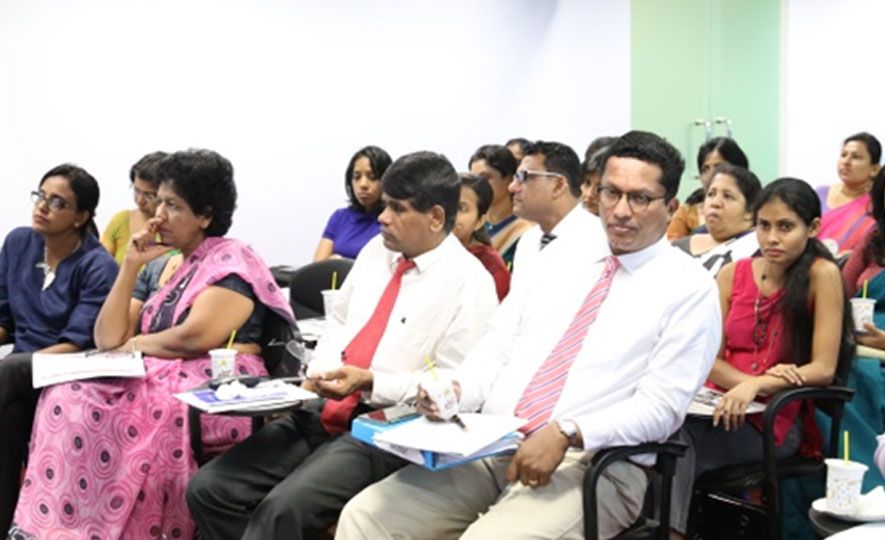 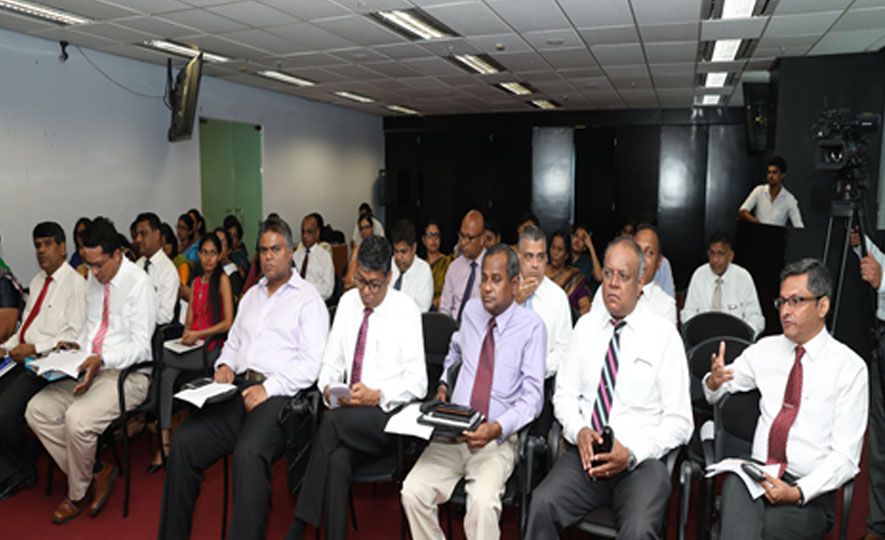 The new budget proposals to be submitted to the national budget 2019 were identified and extracted from the NES. Hence, these new proposals were mainly focused on the much-needed safety and standards for processed food sector i.e. upgrading food safety law and establishment of a control mechanism (Food Safety and Standard Authority), development of the logistics sector and development of Sri Lanka wellness tourism sector.

The EDB also presented its action plan for the year 2019, which includes, in addition to the Nes-focused sectors, national quality infrastructure, trade information and promotion, logistics sectors along with other mature sectors of apparel, tea, rubber, coconut, gems and jewellery, etc.

The International Trade State Minister instructed the EDB to create awareness on the NES among all stakeholders, especially among the government officials. As an initiative, the EDB got an opportunity to do a presentation on the NES at a seminar organised by the National Policies and Economic Affairs Ministry; it was chaired by the prime minister, with the secretaries of all ministries.

The NES document is hailed by the think tanks as a bold far-reaching and ambitious one. The stakeholders involved in the NES are confident that the targets are achievable as the formulation was done on a solid footing at a time the country has recorded an all-time high export turnover of US $ 15.2 billion in 2017 (merchandize and services).

The Nes-focused sectors provide a good mix of industries with different growth trends, yet ensure the NES remains focused to achieve the key objective of export diversification during its fiveyear implementation period. These focus sectors were identified based on the quantitative and qualitative parameters derived from export potential assessments since the existing structure of the export of goods and services is already saturated. Hence, it is a dream which can be achieved by the dedication and support from each and every institution to reach the high economic growth through exports. Selection of focus sectors was also discussed and the views expressed by some of the stakeholders are quoted below:

The minimum stay of a medical traveller is one week, including Ayurveda treatment, which sometimes goes beyond three weeks depending on their illness, as they are visiting purposely knowing the value of this service.

As a country with highly skilled medical professionals in both indigenous and western medical sector, the country could easily be on par with other medical tourism destinations if we could address the policy and regulatory reforms.

The electrical and electronic components (EEC) sector as a visionary sector for growth and development for the next five years has seen a steady growth in Asia. This will lead Sri Lanka towards its aspirations to become a hub of growth and innovation in the Asian region and thereby providing employment and prosperity to millions of Sri Lankans.

Globally, the electronics industry has grown from US $ 1.75 trillion in 2008 to US $ 2.1 trillion in 2016. It is estimated to further grow to US $ 2.4 trillion by 2020. Despite the significant growth of the sector internationally, Sri Lanka has had limited participation in the sector so far. The NES will take into account Sri Lanka’s skilled labour, infrastructure and preferential access to key destination markets (such as GSP Plus) to further develop its EEC industry.

The recommendations of the NES are a combined efforts of public and private sector stakeholders to optimize strength, overcome constraints and move towards establishing the Sri Lankan EEC sector as an integral manufacturing and trading hub of the Asian region.

The essential strategy is also to produce only selected components and join the global production networks, since this strategy was followed by countries in East Asia, such as Malaysia, Thailand and the Philippines, when they penetrated the global high-tech markets.

The strategy identifies three main approaches to making the EEC sector successful in the next five years. These are to leverage the existing capacity of being an electronic manufacturing services centre, become a component manufacturing base for large multinational brands and to leverage innovative ideas available in academia and the industry.

The NES prioritises the food industry in the context of the very formidable social and economic opportunity that Sri Lanka has for transformation of this sector. Lack of innovation and value addition and inadequate branding are all constraints that plague the sector, which are addressed in a systematic manner in the NES. The National Quality Council and National Food Authority are two core elements of the NES in relation to food and their purpose is significantly to create an enabling environment for small and medium enterprises to understand and adapt to the requirements for branding, value addition and export of Sri Lankan produce.

There are perceived disadvantages linked to weak productivity in Sri Lanka, which the NES frames within the potential for the same factors to become clear advantages on account of changing consumer preferences. Food safety fears and social and lifestyle factors have created a situation where small-scale, artisanal produce is valued over its large, commodity scale equivalent, especially where there are wellness benefits.

The evolving characteristics of the international market and associated opportunities make the prioritisation of the Sri Lankan food and beverage processing sector an important element in the NES. 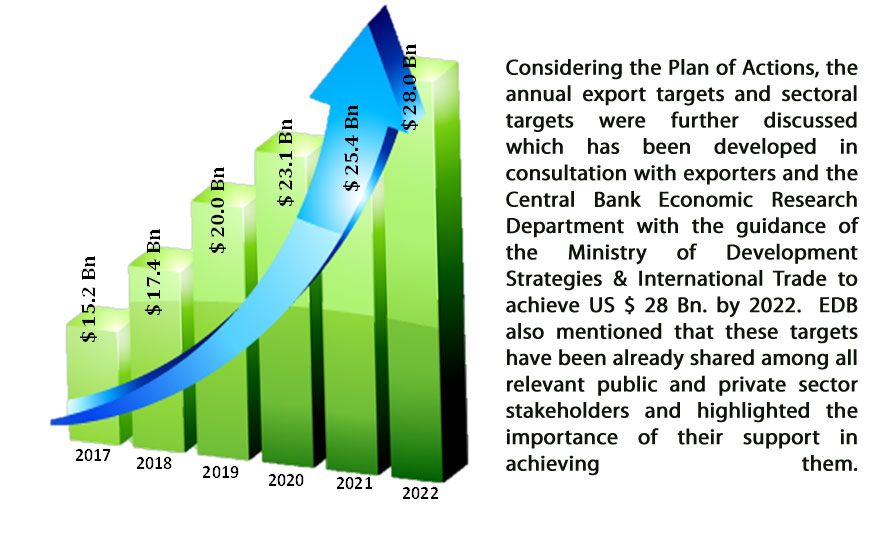