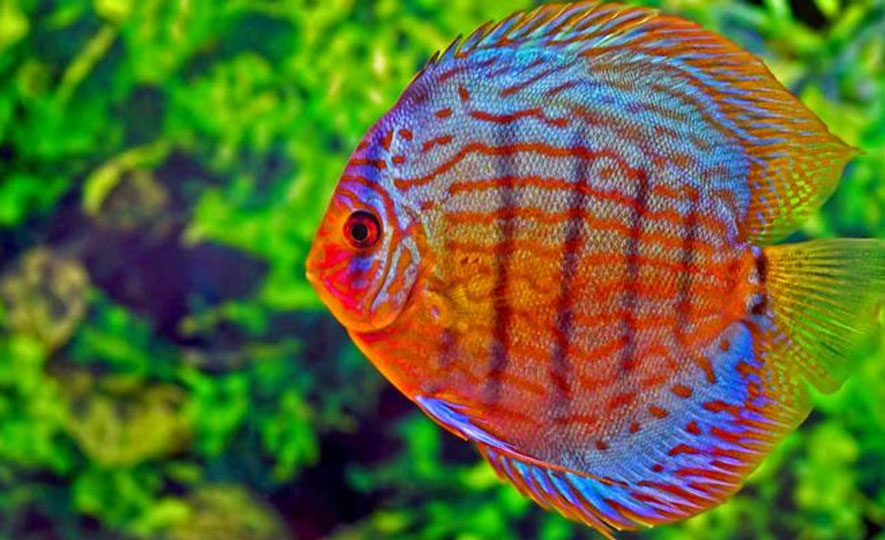 Addressing a gathering at the First International Ornamental Fish Trade Conference in Colombo yesterday he said despite many constraints and challenges faced by local exports domestically and internationally, the willingness shown by them to sustain continuous growth was commendable.

He added as an apex export promotion body of the country, EDB had directed its market strategies to capture more shares in the export market by focusing on the products having high growth trends.

Fish and fisheries product sector, including ornamental fish, has been identified in the EDB Strategic Plan for the year 2015-2020 as a priority product sector to be developed to achieve the national export target of USD 20 billion by 2020, he added.

In 2013 Sri Lanka exported USD 10.7 million worth ornamental fish. This USD 10.7 million is an increase of a strong 41 per cent from 2012’s exports he said, adding that US, UK, Germany, Japan and France, were Sri Lanka’s top five buyers.

"What is important to note here is that, promising new global markets have begun to open for our products in 2013. The promising and profitable new markets come from the Middle-East. They are Qatar, Iran and Lebanon, who have strongly increased their demand for our ornamental fish products in 2013 for the first time, he said.

Bathiudeen added other new promising, markets in 2013, were Switzerland, Spain and Taiwan.

The minister said that with development, they are also concerned about the native species, threatened species entering the Red List. Thus, government is taking meaningful measures in this regard.

He said: "Of the 90 varieties of Lankan freshwater fish, 50 are considered to be endemic to Sri Lanka, about which, we all are, well aware of."

He said President Mahinda Rajapaksa, had assured that the government would intervene in securing new technology to provide information and incentives to the medium and small scale ornamental fish entrepreneurs, to access the international markets.

"On behalf of, our ornamental fish producers, let me commend, His Excellency Mahinda Rajapaksa for his many unprecedented initiatives to safeguard Sri Lanka’s aquaculture, in Budget 2015.

"Total value of these initiatives are almost close to USD two million dollars, he said.

The minister pointed out that among the budget initiatives the following are notable; increasing inland fisheries production to 20 per cent of total fish production, a loan scheme to assist SME entrepreneurs to develop their fish farms, allocation of USD 1.5 million to develop 1000 inland fish farm villages, allocations for NARA fish breeding centers and allocating USD 380,000 for the expansion of ornamental fish exports.

The minister said that he has no doubts that our committed industry players would be able to meet these new markets, which is a sign of sector’s progress. Citing examples, he said 17 Sri Lankan firms were at last year’s Aquarama International in Singapore.

Fisheries and Aquatic Resources Development Minister Rajitha Senaratne said that country’s exports to the European Union have shown an annual growth rate of 10 per cent over the last five years.

A smiling minister said keeping an aquarium was his first love in his childhood and added over the past 60 years a cottage scale or hobbyist industry has grown to exporting to more than 40 countries.

More than 300 local and international delegates are taking part in the two-day conference.

Renowned fish expert Gerald Bassleer too would make a presentation here. He is the President-OFI, a fish pathobiologist and has worked in the ornamental fish industry since 1977.

He is the author of several books and publications on ‘fish diseases’. He works at an international level as a professional trainer and consultant in the fish industry. Since 2006, he has been the President OFI, representing the international industry of ornamental fish, plants and invertebrates.

Co-organiser INFOFISH, originally launched in 1981 as a project of the Food and Agriculture Organization (FAO) of the United Nations, is an intergovernmental organization providing marketing information and technical advisory services to the fisheries industry of the Asia-Pacific region with headquarters in Malaysia. Fourteen countries, including Sri Lanka, are currently members of INFOFISH.