Home/News/The desiccated coconut industry – glimpses of the past, present & future

The desiccated coconut industry – glimpses of the past, present & future 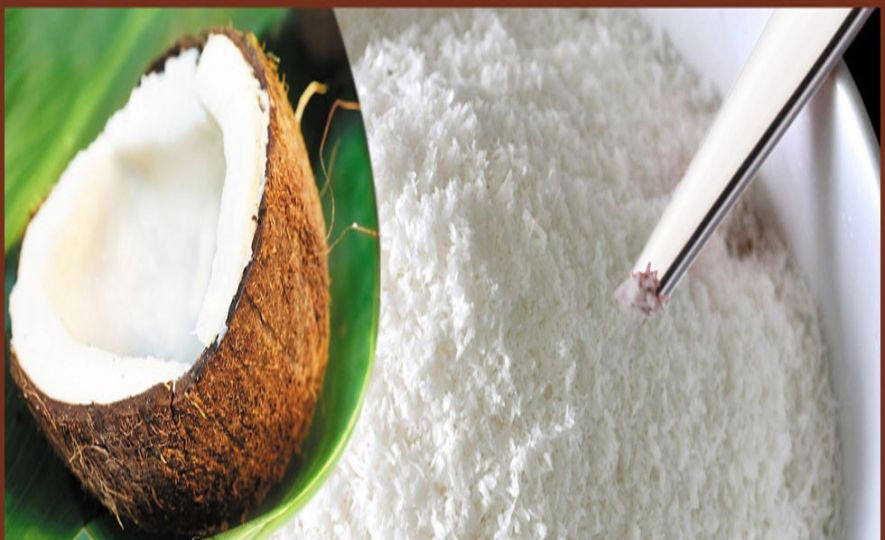 Desiccated coconut (D/C), a basic by-product of coconut with limited technological input has been a foreign exchange earner for the country for a long period of time.

There had been the usual ups and downs or changes in demand patterns for D/C over the years but the international market situation is certainly looking up currently for D/C exports. In addition prices obtainable for the product too are promising which augers well for foreign exchange earnings from this product.

The history of the D/C industry is long and goes back to the British period of the island. It was British entrepreneurs who first ventured into the manufacture and export of D/C early last century. A name that is closely connected with the industry during those distant days was Vavasseurs Ltd. Vavasseur was the British industrialist who pioneered D/C production and export in Ceylon as we were then known. Subsequently many Ceylonese millers entered the fray and went onto manufacturing of D/C in the coconut triangle in the North Central Province. Besides D/C, the mills also manufactured coconut oil, copra and poonac mostly for domestic use and on occasions for export too. But it was D/C which was the most dominant of the range of coconut by-products where exports were concerned.

Yet another originally British owned mill in Colombo, the British Ceylon Corporation had manufactured coconut oil and copra. Later this company diversified into soap-making and other similar products, after this ownership was transferred to Ceylonese.

Coconut oil was also made by other Colombo – based firms principally Adamajee Luckmanjee & Sons Ltd who were the pioneers in this field.

Besides the above factors other features of the D/C industry worthy of note are (a) the contribution it has made and continues to make to the economy of the north central province. During the earlier era of the 1950’s to 70’s this province alone had more the 50 D/C mills. (b) The employment the industry then provided was substantial. It is not incorrect to state that in certain instances two generations of families were employed in D/C mills of which the ownership too had passed down the generations. (c) Yet another beneficiary in those times of D/C industry was the transport subsector. D/C in particular, besides other coconut produce needed to be transported to Colombo and this was done in lorries. The transport system as a result benefited from the D/C industry (d) many an export house in the 1950’s and 60’s found export markets for D/C from Sri Lanka. As D/C exports picked up towards the 1960’s such export houses went on to establish separate departments to handle D/C Shipments. Several Ceylonese ventures in those early times of the export trade in Colombo thereby was able to boost their revenue through D/C exports.

The state agencies of those years were responsible for some useful regularity and quality control work which undoubtedly enabled the D/C industry to progress export-wise. One such regulatory unit of the state, was the Ceylon Coconut Board which is based in Duke Street, Fort at that period of time. A small but multi-faceted regulatory body, it had the responsibility for (a) examining the production of D/C with regular inspections conducted by a team of Inspectors. They had to frequently visit D/C mills and collect samples of D/C. (b) a laboratory at the Duke Street offices examined such samples and ensured that the D/C conformed to quality standards and more importantly was free from contamination. Salmonella contamination was the much feared hygienic factor (c) Issuing Export licenses was the final task of the Ceylon Coconut Board (CCB) enabling the release of the product to be shipped overseas.

In addition to the above functions in respect of D/C that CCB also conducted Auctions for copra and other coconut products.

All those elements referred to cumulatively helped to establish an industry which enabled the country to earn/valuable foreign exchange.

The demand for D/C then was largely from the European countries which utilized it for cake-making and confectionary products. Foreign markets reached a peak towards the year-ending months and the festive season culminating in Christmas and New Year.

Forward sales of D/C were a feature of the export transactions for this product. This necessitated both manufacturers and the exporters besides the Shipping Agents being aware of the schedules as regards shipments so that they would reach the buyers overseas on time.

According to the publication ‘Cocomunity’ the international market for D/C has reflected bullish trends since July 2013.

But in July 13 just before the prices spiralled the D/C market had hit the rock bottom and a metric ton was sold at US $ 1647.

After the previous year’s price decline, in the current year prices have increased steeply making the market picture buoyant, internationally.

Three nations in the forefront

According to co-community the recent experience of the D/C export nations point to cyclic changes in international prices. Often they were of a two year period but this trend will not be a feature in the near foreseeable future.

Philippines is the world’s largest exporter of D/C. Her main market is the U.S with which country she has close political and economic ties. Last year the Philippines was seriously affected by a typhoon in which more than 30 million coconut trees were destroyed which to a great extent affected D/C production.

And it is believed that it will take at least take 4 to 5 years for the Philippines D/C industry to recover so as to reach its normal level of D/C production.

On the other hand, Sri Lanka and Indonesia have both experienced significant increases in exports of D/C from January to July 2014. Sri Lanka had recorded a 148% increase this year in D/C exports compared to the same period in 2013.

Though in due course the Philippines is expected to recover she was once again seriously affected by another cyclone which devastated that nation this month. The exact extent of damage it caused to the D/C industry of that country is not yet known but it could be considerable.

Given these circumstances it is likely that D/C exports from Sri Lanka will have a bright future from a short and medium term market perspective.

Of course the Philippines D/C is able to command a premium price which is substantially more than what Sri Lanka is able to obtain.

From Sri Lanka’s marketing perspective, it is important to note the major shift in the markets for D/C during the first eight months of the current year (2014). This shift was from the Middle East and Europe to North America especially the USA.

Though the USA share of D/C exports was only 17.9% it absorbed the highest export volume at 2861 m/t in contrast to 2444 m/t by Saudi Arabia and 2241 tons by Egypt. The entirety of the Middle East absorbed 8308 m/t whilst Europe 7841 m/t. Among three major importing nations in the Middle East were Saudi Arabia, Iran and Jordan. Major European buyers were Spain, Germany the Netherlands and France. Whilst USA remains the major market in northern hemisphere, Brazil, Canada and Chile also purchased D/C during the first eight months of 2014.

The writer is Secretary-General of Business Chamber of Commerce and Chairman Sri Lanka-Nepal Friendship and Business Council besides being the Vice Patron Sri Lanka-China Trade and Investment Promotion Chamber.