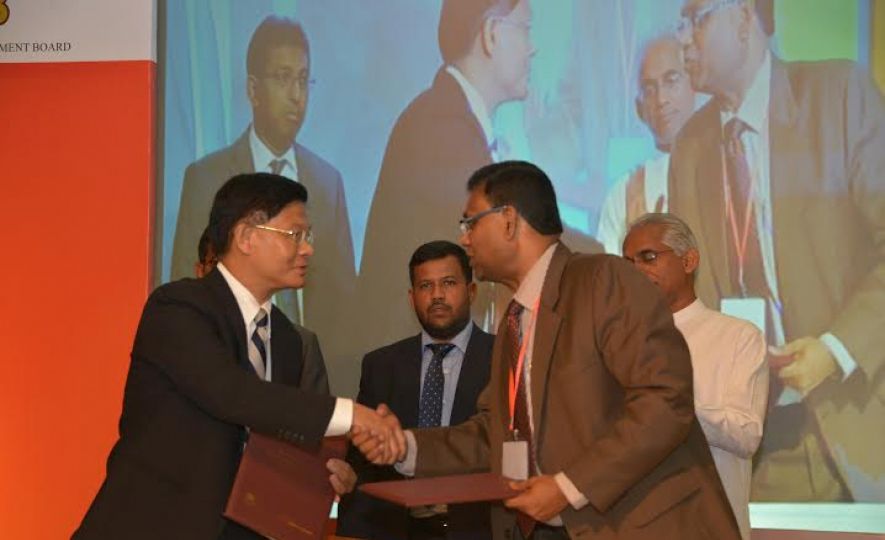 The signing ceremony was a part of the 28th CEO meeting of the Asian Trade Promotion Forum (ATPF) which commenced yesterday (24) in Colombo.

“ATPF has honored Sri Lanka by bringing this series to Colombo for the first time in its history.” Chairman of EDB Bandula Egodage said.

The specially designed logo for the CEOs meeting in Sri Lanka was launched yesterday at Hotel Taj . The CEOs of member countries meet once a year to discuss important issues on international trade promotion including results of joint projects and plans for future events.

Around 40 member delegates from 19 ATPF member countries are taking part at the event with other distinguished invitees, both foreign and local.