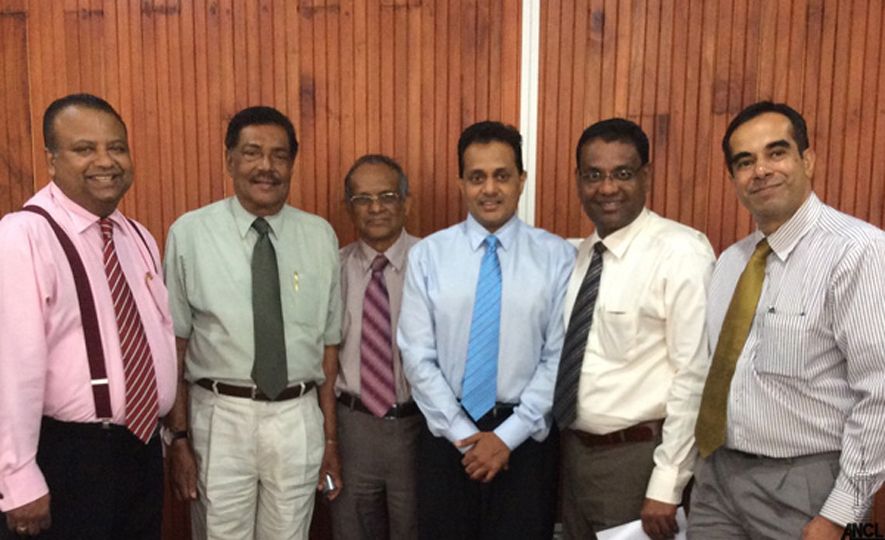 For the first time in the recent history of Sri Lanka top four Chairman of the public sector driving brand Sri Lanka in the global arena met in unison to power the country at World Expo 2015- which is termed globally as the most visited and watched event next to the Olympics.

The overall objective set by the team was to identify sector wise a monthly focus and then to send a powerful message to the world so that it supports the overall proposition of the brand Sri Lanka which is currently valued at 61 billion dollars and targeting a 80 billion dollars within the next two years.

The cross functional 10 core committee consist of Department of commerce, Sri Lanka Tourism Promotions Bureau, Sri Lanka Export Development Board, The National Gem and Jewelry Association, Sri Lanka Tea Board, The Craft Council of Sri Lanka and the SriLankan Airlines. The chairman supported the core committee at a strategic level which gave direction to the team who in turn was guided by the relevant minister of the ministries. The focal ministers being the Ministry of Trade and Commerce, Minister Rishad Bathiudeen and Ministry of Tourism and Sports Minister Navin Dissanayake.

Bureau, Manohari Hewage, Assistant Director, National Craft Council and Shirani Herath the Market Head for Italy at the Sri Lanka Tourism Promotion Bureau. The Secretary of the committee, Chaturika from the Ministry of Commerce under the leadership of the Commissioner General Expo 2015 for Sri Lanka.

The key agreement achieved at the meeting recently was that we will operate the overall Expo 2015 pavilion on a Return on Investment (ROI) model, said the Commissioner General of Expo 2015 for Sri Lanka. Rohantha Athukorala said that the Prime Minister had negotiated with the Italian government that the space was free but only the construction and design cost was to be bourne by a respective country.

It was agree to dedicate the 1st month to Tourism and the overriding theme being “ 8 wonderful experiences in 8 wonderful days”. Right now the industry is working to cover the total investment of Expo 2015 within the firsts month of the launch which will take place on May 1, 2015 under the distinguish presence of Minister Navin Dissanayaka, said the Chairman of Sri Lanka Tourism Promotions Bureau.

From month two onwards the focus will over to the other key treasures of Sri Lanka like The Ceylon Tea proposition in the month of June will be on the theme “World finest ethically produced tea”.

The BOI and the SriLankan Airlines will cut across all months as it will be a generic product that must be available right across the six month exposition was the agreement of the team which was the cohesive working environment, said a spokesperson to Expo 2015.