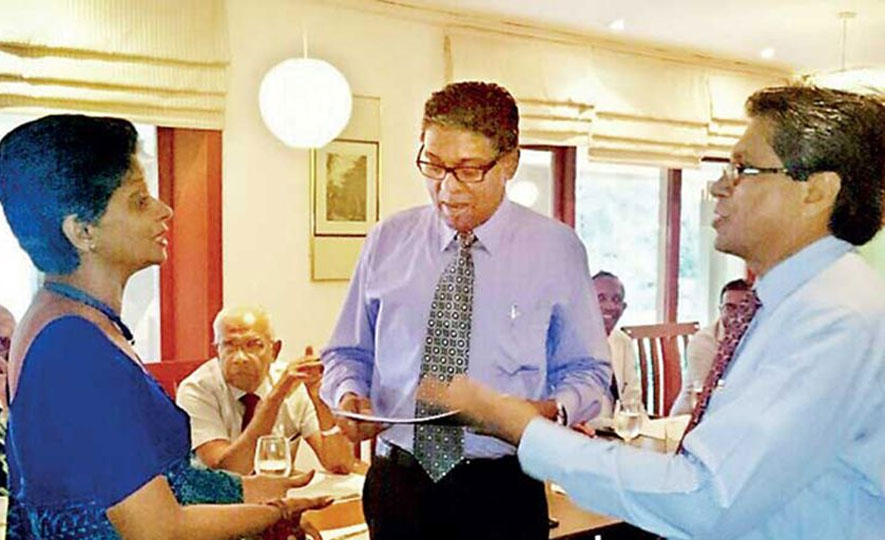 The Exporters Association of Sri Lanka, an affiliate of the Ceylon Chamber of Commerce, recently presented a strategy document to Indira Malwatte, Chairperson of the Export Development Board, outlining the issues faced by the exporters.

The document was handed over during a felicitation ceremony held by the EASL to Indira Malwatte, who was recently appointed as the new Chairperson of the EDB.

The document was handed over by Fazal Mushin, Chairman of the EASL and the document contains key aspects   identified by its membership, which they expect authorities to address in order to  facilitate  the growth of  Exports, in both the short and the long term.

Mangala P. B. Yapa, Secretary General/CEO of the Ceylon Chamber of Commerce was also present.