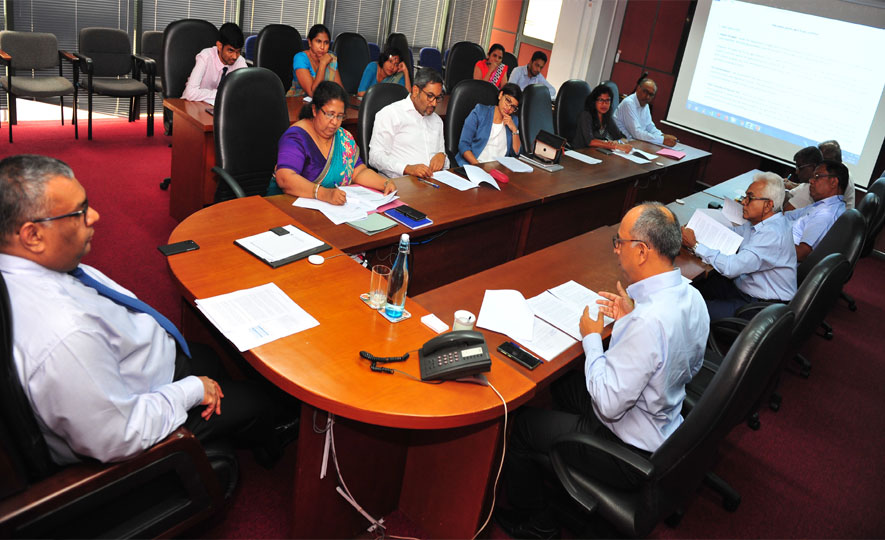 Prabhash Subasinghe, Chairman - EDB, predicted a bright future for Sri Lanka’s fruit and vegetable exporters, as the new government under the guidance of HE President Gotabaya Rajapaksa has placed a great emphasis to develop agriculture via advanced technologies. Subasinghe encouraged the fruit and vegetable exporters to exploit the opportunities from the new government’s people-centric economic development policies to generate a higher export income. He made these remarks during a meeting with the industry leaders last week at the EDB.

Providing an overview of the industry, Suresh Ellawala, Chairman of The Lanka Fruit & Vegetable Producers, Processors and Exporters Association (LFVPPEA), disclosed that last year the sector achieved around US$ 74 mn exports, which is a 14% increase from the previous year, “this is not a substantial figure. Much of the fruit and vegetable output is used for local consumption, while only about 5% of the production is exported”, he stated. Industry representatives described the enactment of the proposed Plant Varieties Protection (PVP) Act and granting permission to seed importers to test seeds in their own facilities under the supervision of the Dept. of Agriculture (DOA) as being vital measures to the sector’s progress. They explained that allowing importers to test seeds in their own facilities with the DOA’s supervision would enable more varieties of seed to be tested and newer varieties to be made available to farmers resulting in better productivity, prices, and demand. Exporters were hopeful that passing the PVP act would result in more domestic investments in developing local varieties of seed and planting material. They also sought the intervention of the EDB in arranging B2B meetings with potential buyers/investors through the Sri Lankan missions overseas.

Highlighting the significance of promoting organic agriculture, representatives insisted on declaring more organic cultivation zones in the country to capitalize on the growing global demand for organic food while fully endorsing the declaration of specified areas in Knuckles/Moragahakanda as organic cultivation zones. They also proposed to upgrade the DOA’s Makandura Sustainable Agriculture Station and create other training and research facilities with foreign collaboration on organic farming, permaculture and precision agriculture. “Although our contribution might be small in terms of value, the industry’s impact towards the livelihoods of rural communities is immense and substantial. We source fruits and vegetables from all parts of the country and the extent of local value addition is quite high”, Annes Junaid, former Managing Director of CBL Natural Foods, explained to illustrate benefits the industry provides to the rural livelihoods.

Commenting on the future initiatives, Zuraish Hashim, Director of Development Interplan (Ceylon) Ltd, presented details on the five-fruit programme, launched by the LFVPPEA to promote the cultivation of five selected fruits - banana, papaya, mango, pineapple and passion fruit – under Good Agricultural Practices or organic conditions with a focus on value addition in supporting an expansion in the supply. As part of this, an MOU had already been signed between the LFVPPEA and Noberasco SPA, a leading dehydrated fruit manufacturing and trading company in Italy, to supply dried fruits to the EU market.

Ending the discussion, the EDB Chief strongly advised industry leaders to formulate an industry master plan in collaboration with government authorities to drive fruit and vegetable exports to greater heights similar to the path pursued by the Sri Lankan rubber industry, in which, he too played a key role.