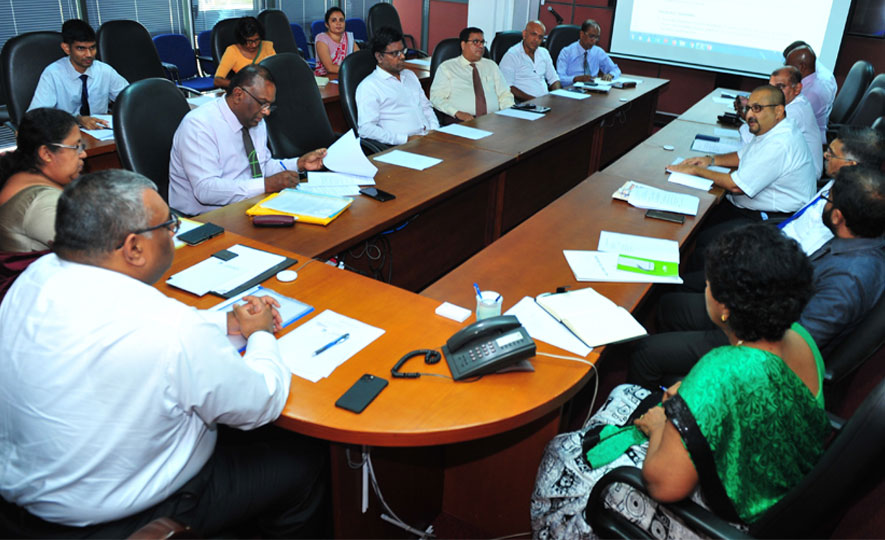 Prabhash Subasinghe, Chairman of the EDB, pledged to take innovative measures to reinvigorate the sagging fortunes of the nation’s tea exports during the initial meeting he had with the tea industry stakeholders since assuming office last December.

EDB Chairman noted that Sri Lanka’s tea export earnings had remained stagnant over the last 4 to 5 years, and hence, urged the industry leaders to think out of the box in order to reverse the sluggish export earnings the industry had earned during the recent past. He proposed to establish a National Advisory Committee for the tea industry with the participation of private and public industry partners under the coordination of the EDB to give a new impetus to the country’s premier agricultural export commodity. Moreover, he expressed his intention for the EDB to become a central facilitation point in linking various government agencies associated with cross border trade to support tea exporters while being mindful to liaise closely with the Sri Lanka Tea Board to avoid duplication of work. “Tea export earnings are heavily reliant upon 4 or 5 countries, thus, it is imperative for the industry to diversify the market base of Ceylon Tea”, Subasinghe remarked.

During the meeting, industry representatives pointed out the counterfeit of Ceylon Tea and the Lion Logo in markets such as Iran and Turkey, supply constraints, the high cost of production, and deteriorating quality as the major challenges faced by the industry. They stated that Ceylon Tea prices are too high and the yields of growers are low as the island’s tea plantations are now very old with very limited replanting taking place. Furthermore, industry heads emphasised on the requirement of automating Colombo Tea Auction, developing a fully integrated laboratory, and obtaining Geographical Indication (GI) status in order to safeguard the image of Ceylon Tea in the world market. They urged the government to relax restrictions placed on the importation of tea grades which are not grown locally to overcome supply constraints while also highlighting the necessity to allow the import of herbs and spices such as turmeric and ginger to facilitate the production of value added tea.

Sharing his views, Jayantha Karunaratne, Chairman of Colombo Tea Traders Association suggested the EDB to emulate the mechanisms adopted by Japan External Trade Organisation (JETRO) in aiding tea exporters and recommended that the Sri Lankan overseas missions should be more proactive in helping exporters to find new buyers and providing information on market changes and trends. He also requested to establish a coordination point to resolve the issues related to Customs, Inland Revenue Department, and Ports Authority at the EDB to assist tea exporters.

Meanwhile, bringing up the issue of payment difficulties faced by exporters related to exports to Iran, Mohamed Anverally, Chairman of Anverally & Sons (Pvt) Ltd, explained the need for the government to introduce a mechanism to ease the payment snags arising from the sanctions imposed by the US, as Iran is a vital market for Ceylon Tea. Industry representatives also sought the aid of the EDB in terms of conducting market research to enter new markets in Africa and Latin America