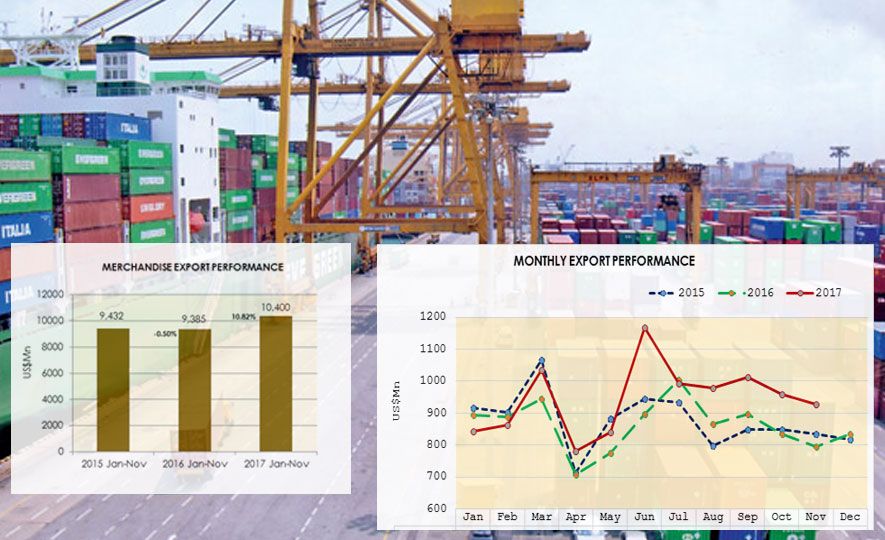 Notwithstanding the global trade decline and sanctions, Sri Lanka has set an ambitious export earning target of $17.4 billion by the end of this year, with 29% of the total target being achieved in the first four months.

“Merchandise and services exports are expected to grow by 15% from 2018 to 2020 with European Union GSP+, growth in National Export Strategy (NES) focused sectors, favourable impacts from free trade agreements (FTAs) and US GSP; while from 2020 to 2025, merchandise exports are expected to grow at a stable rate of 10% annually,” EDB Chairperson Indira Malwatte told the Daily FT.

Although the apparel sector has not performed favourably in the month of April, she expressed confidence that the sector would catch up in the coming months and achieve their target.

“The sector is undergoing an issue in pepper exports. We are in the process of addressing the issue with relevant stakeholders and authorities in India at present,” she added.