Home/News/EDB in new push for Japanese IT market

EDB in new push for Japanese IT market 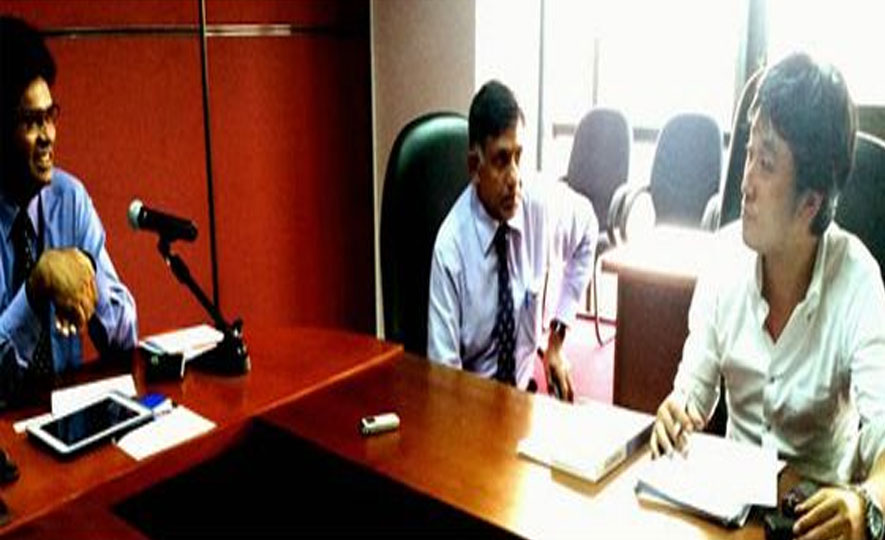 As Sri Lanka’s IT exports topped $ 719 m, a business journalist from world’s fourth largest selling newspaper was taken by surprise by the country’s inroads into one of the most demanding niche software markets in the world. “I am really surprised by your ability in our platforms. This is news!” exclaimed Yuichi Kiriyama, business journalist of Japanese language Mainichi Shimbun, the world’s fourth largest selling newspaper.

Yuichi was addressing a special gathering of the software interest group for the Japanese market held on 5 September in Colombo facilitated by the The Export Development Board (EDB).

The 5 September session was an outcome of the EDB’s successful May 2014 IT delegation to Tokyo.

The 5 September session with Japanese media rep was a follow-up of the May ’14 delegation to Japan in which the progress of the visit was reviewed and Sri Lanka’s capacity was introduced to Japanese media.

To compete successfully in the Japanese software market, the software interface needs to be in Japanese, which is demanding since it is spread across no less than three alphabets totalling 8,092 characters.

MaxSolPro CEO M. Gazzaly said: “We are totally Sri Lankan-owned firm. Japan is a specialised software market and you need high standards. For example, our Golvi Voice Navi, the voice navigator for golf players in thousands of Japanese golf courses, has been received well in Japan. We developed it with Digitalvox. It is a GPS-driven high-tech hand-held gadget that speaks to you and gives you exact directions to the tees, fairways and location of holes, etc., in all top golf courses in Japan. It first identifies the golf course automatically and loads the full profile at start. While playing, the player wearing voice navi does not need to worry about where to turn next! We are also into many other apps in Japanese language, such as the widely used jpTravel app.”

To support the growth targets, in its National Budget 2014 the Government proposed a five-year half tax holiday for new partnerships or firms engaging in international services in the field of accountancy, commerce, finance, law, IT, engineering and architecture.

“Sri Lanka’s software industry is not widely known in Japan,” said Yuichi. “But now we are getting to know about it.” He also learnt in-depth about the Sri Lankan IT industry’s progress directly from EDB and industry officials present on the occasion.

Mainichi Shimbun is the world’s fourth largest selling newspaper with a reported readership of 12 million in Japan (within Japan itself, it’s the third largest; topmost is Yomiyuri Shimbun and secondly, Asahi Shimbun).