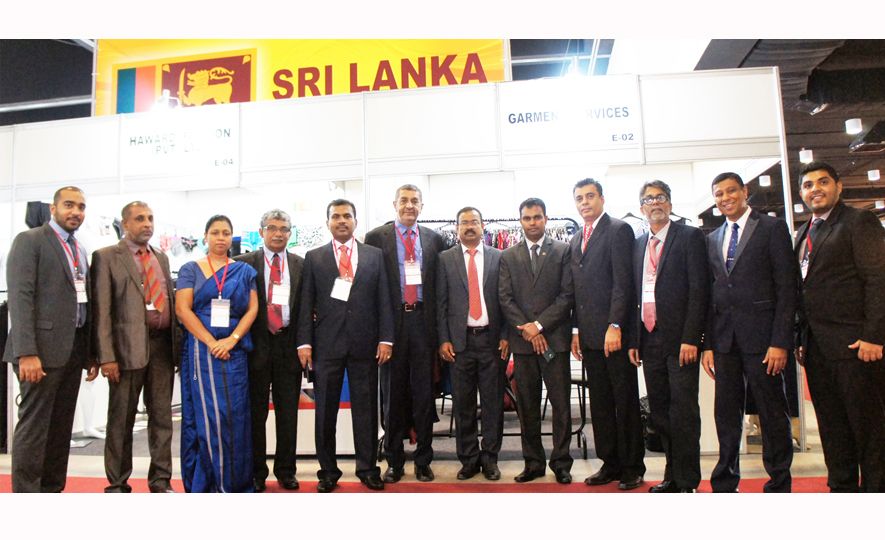 As Sri Lankan annual apparel exports closed in on the crucial $5 Bn mark, South America’s largest apparel market was given a preview of Lankan fashion when the Brazil International Apparel Sourcing Show 2015 (BIAS 2015) opened in Sao Paulo on 27 May.

Brazil is the largest apparel market in South America. The Brazilian apparel market stood at $42 Bn in 2013/14, while the second largest South American apparel market, Mexico, was only $14 Bn in the same period. The EDB and Lankan apparel industry identified Brazil as an important emerging market for Lankan apparels. EDB facilitated the first ever delegation to Brazil in 2014 with the participation of nine Lankan companies. As a result of 2014 B2B meetings, many business contacts have been directly established with Brazilian brands and international brands and retailers.

As Sri Lankan annual apparel exports closed in on the crucial $5 Bn mark and stood at $4.9 Bn in 2014 growing YoY by 9.26%. Sri Lanka exported $18 Mn apparels to Brazil in 2014. In 2014, Brazil ranked 22nd buyer of Lankan apparels standing above Saudi Arabia and immediately below Ireland.