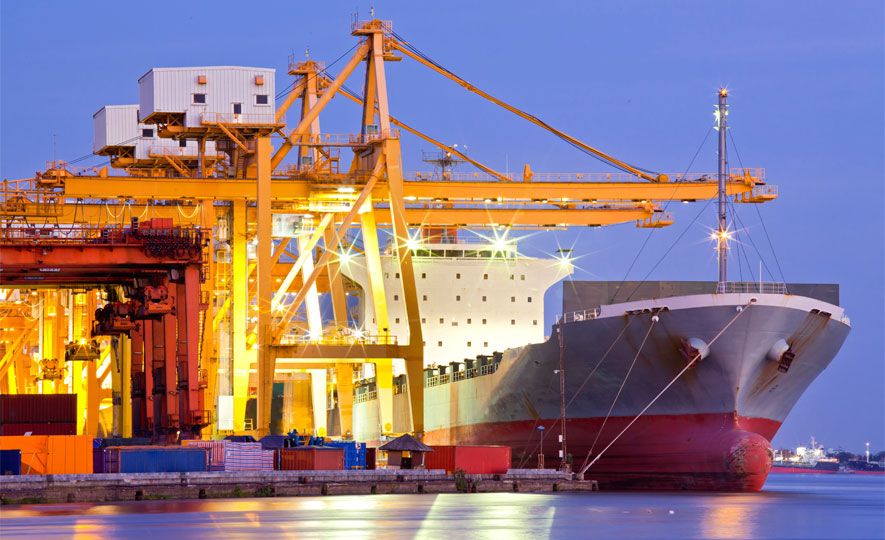 Despite the decline in exports, some products like Coconut based products, Electricals & Electronic Components, Spices and Essential Oils and Food & Beverages recorded a positive growth of 22.88%, 8.32%, 19.4% and 11.45% respectively, during the month of August 2020 as compared to August 2019.

Export Development Board (EDB) Chairman Prabhash Subasinghe said, It is remarkable to see another month of almost a billion dollars of exports. However, we are being watchful of the months ahead whilst understanding the impact of COVID-19 on our key markets of US and Europe. We also need to focus on export product and market diversification which is seriously lacking today. Whilst appreciating that the US and the EU are the largest markets, we need to now create a significant export market in Asia including China. The China FTA will certainly help in this regard. Export product diversification must simultaneously happen so that we can create more billion-dollar industries for Sri Lanka.” 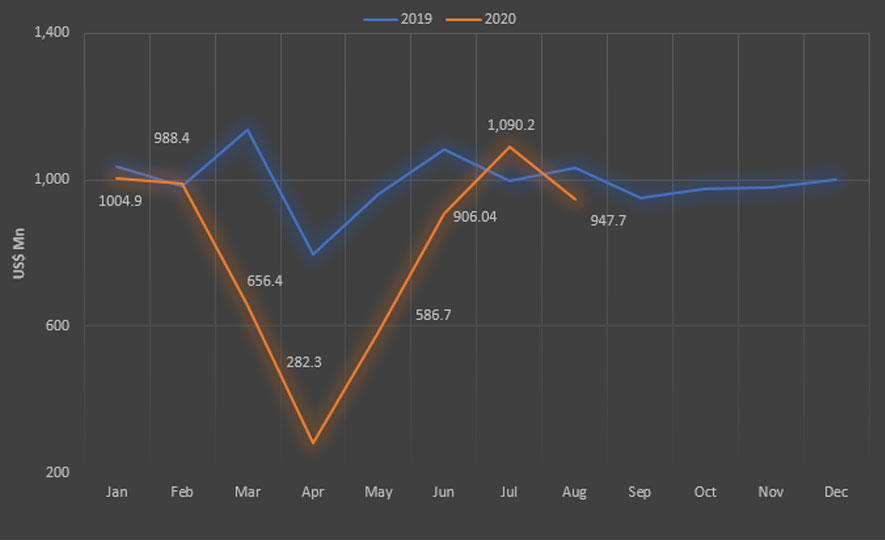 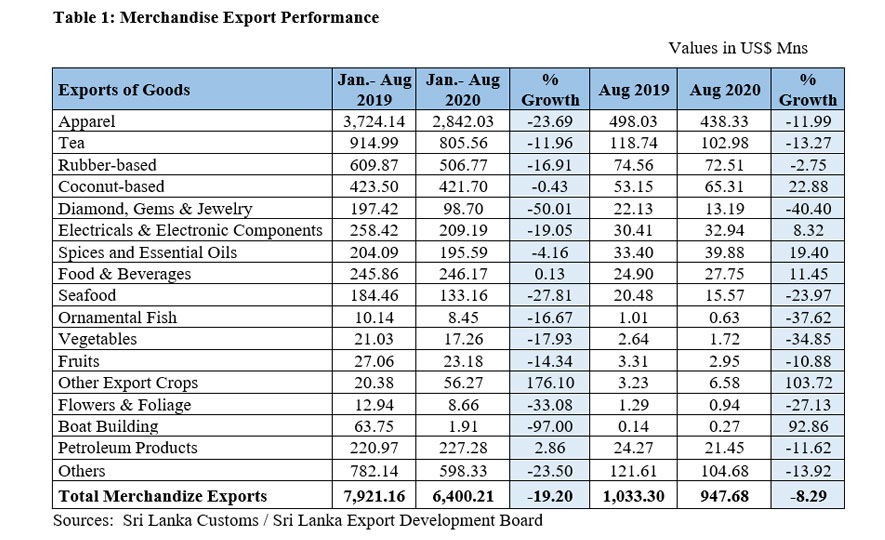 Export Performance during the period of January – August 2020

Earnings from export of PPE (Personal Protective Equipment) related products increased by 38.32% to US$ 541.94 Mn in January to August 2020 compared with the value of US$ 391.79 Mn recorded in the corresponding period of previous year. The strong performance was mainly due to the increased exports of Other made-up articles (HS 630790) and Articles of apparel and clothing accessories of plastics (HS 392620).

Being the largest single export destination, United States of America has absorbed US$ 248.63 Mn worth of exports in August 2020 recording a decline of 11.2 % in comparison to US$ 280 Mn absorbed in August 2019. Also, exports to United States of America decreased by 20.69 % in January-August 2020 in comparison to January-August 2019.

Further, exports to Italy, Canada, China, Japan and Turkey have also shown better performance during the month of August 2020. Exports to China grew significantly by 34.47% in August 2020 led by earnings from export of Apparel, Tea in Bulk and Activated Carbon. 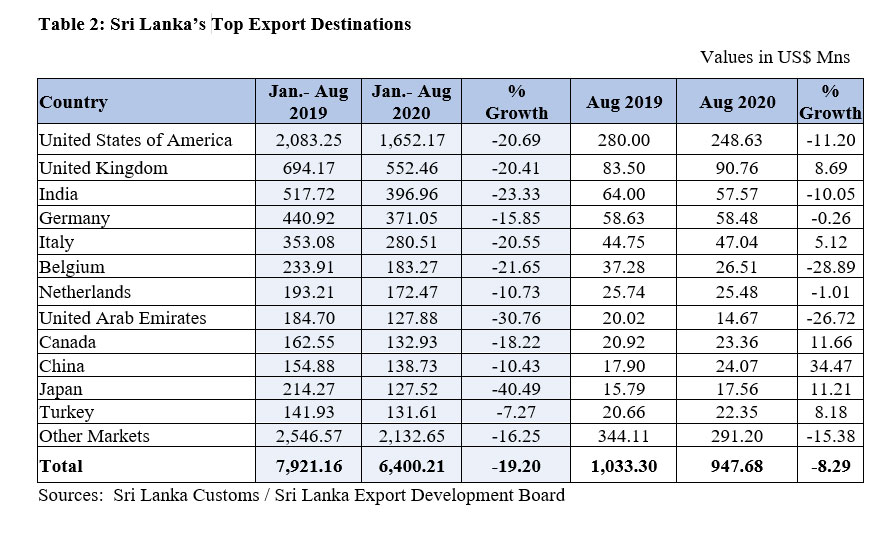