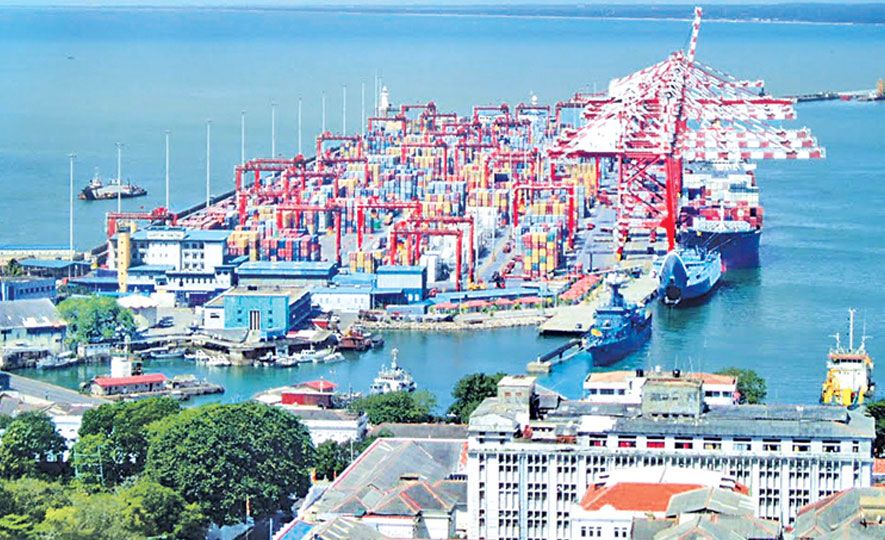 The final workshop on National Port Master Plan (NPMP) organised together with the Ministry of Ports, Shipping and Southern Development and the Sri Lanka Ports Authority (SLPA) was held last week at Hotel Kingsbury, Colombo with a large gathering of local and foreign professionals.

Minister of Ports, Shipping and Southern Development Sagala Ratnayaka attended as the Chief Guest of the event.

NPMP is a technical assistance project financed by the Asian Development Bank (ADB) through the Japan Fund for Poverty Reduction.

The project is driven with the objectives of guiding the port sector to strengthen its capacity and competitiveness in the global market, to ensure that the port infrastructure is developed and operated in an optimum manner in line with long term planning up to 2050 and identify short term priority projects for the Port of Colombo and Port of Trincomalee.

Speaking at the occasion Minister of Ports, Shipping and Southern Development Sagala Ratnayaka stated that since the port has reached its capacity, the pressure is on and catching-up on many delays that have taken place, in decision making over the last few years with regard to port sector will take place immediately. “The Port Master Plan done by the ADB has laid out the path to get about doing it with a vision and mission. Therefore, we have got to make the decisions and move forward,” the Minister said.

Expressing views at the event, Asian Development Bank (ADB) Country Director Sri Widowati said that owing to its strategic location Sri Lanka was playing a substantial role as a regional transport hub. “As maritime transportation is fundamental infrastructure of an island nation, it is very important to keep strengthening the port capacity and competitiveness, and maintain this role in the region. ADB has worked closely with the government of Sri Lanka for more than five decades and transport has always been the largest sector in ADB operation in Sri Lanka,” she said.

During the past, the ADB supported the development of the Port of Colombo with its Colombo Port Expansion Project (CPEP) as the largest investment project of the ADB approved for 2007. The project intended to improve container handling capacity and was developed on the PPP basis when ADB supported the development of breakwater and other harbour infrastructure that could cater three terminals. “We are so pleased to see that at present, the Port of Colombo is performing very well,” she said.

Further speaking, Widowati stated that beyond the Port of Colombo, Sri Lanka could and should have the most competitive and preferred ports and shipping destinations in the region.

Preparation of the National Port Master Plan (NPMP) is one objective of realising this timely requirement to guide the national port sector with long term planning horizons. Meeting a request by the Government in August 2016, the ADB approved a Technical Assistance grant in the amount of $ 1.5 million financed by the Japan Fund for Poverty Reduction for the development of National Port Master Plan of Sri Lanka.

Accordingly, the plan ensures that the port infrastructure is developed and operated in an optimum manner in co-existence in urban areas in line with the long term planning of the country. The two phases of this master plan will look into policy directions and individual port developmental plans. The national policy directives will cover nationwide issues in this regard and the Ports of Colombo and Trincomalee have been selected for individual ports. The plan has also been prepared in harmony, synchronising with the other plans and studies and especially the economic corridors that were prepared under the ADB assistance.

“The study has initiated a comprehensive development plan for the Colombo and Trincomalee economic corridor and seeks to address regional imbalances in the country through regional development and by extending the string of western regions to the other end of the corridor and also along the corridor,” adding to her statement, Widowati said.

The presentation on the National Port Master Plan (NPMP) at the final workshop was conducted by MTBS for Netherland Senior Manager and NPMP Project Manager Williem Slendebroek.

Following the final stakeholders’ workshop held on Thursday (7) the final report is expected to be handed over to the Government of Sri Lanka by end March this year.

The workshop also included a panel discussion supported by a Q&A session.