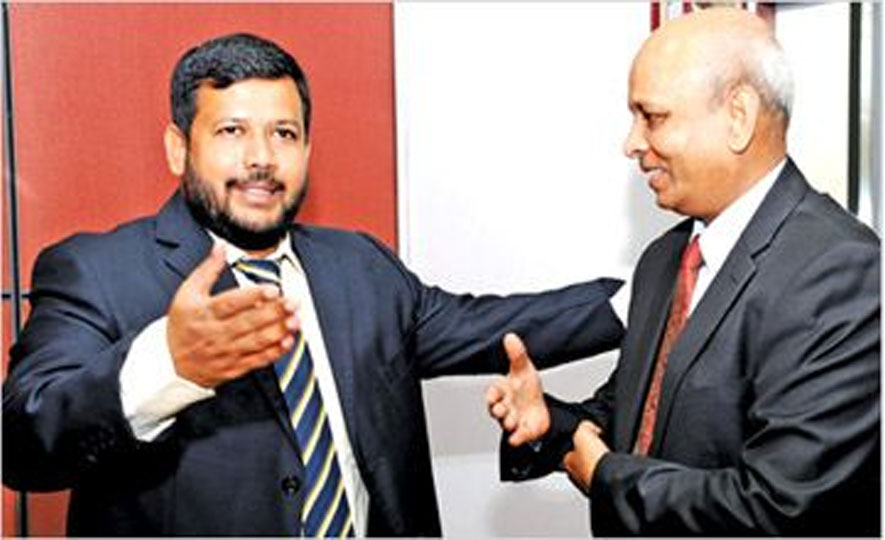 With bilateral trade crossing $ 4 billion, a new chapter has opened in Indo-Lanka trade ties with the first ever Joint Task Force (JTF) coming into play. Strong signs of greater Indian market access for Lankan exporters and prompt resolution of trade barriers for them are the other developments in this new turn. “We are working to boost bilateral trade to $ 10 billion and as trade ties have improved greatly, the new understanding reached between both countries is a good sign for our bilateral trade future,” said Rishad Bathiudeen, Minister of Industry and Commerce of Sri Lanka on June 25 in Colombo. Minister Bathiudeen was addressing the Indian delegation led by S. R. Rao, the Indian Commerce Secretary, on Tuesday at the EDB premises in Colombo. Rao was accompanied to Sri Lanka by Duleep Mehta, Indian DG Commerce and officials of Department of Commerce of India. The bilateral trade between both countries totalled $ 4.087 billion in 2012 and in January-April 2013, it stood at $ 1.17 billion. At the successful bilateral Secretarial level commercial cooperation session of June 24 where Indian side was led by S. R. Rao, Indian Commerce Secretary, and Sri Lankan side led by Dr. P. B. Jayasundera, Secretary to the Ministry of Finance and Planning-together with Anura Siriwardena, Industry and Commerce Secretary, both countries agreed on a process of speedy, immediate solutions faced by exporters at both ends. As a result and henceforth, any Lankan exporter facing difficulties in Indian ports can immediately contact the Lankan Department of Commerce for prompt resolution of the situation at hand. The understanding reached at June 24 Secretarial level meeting has resulted in prompt dispute resolution and removal of non-tariff-barriers faced by Lankan exporters accessing the promising Indian marketplace. On June 24 , Department of Commerce officials of both sides also successfully concluded the first ever Joint Task Force (JTF) meeting to be held between the two countries. In 2012, to pursue an effective plan of action to reap the maximum benefits out of the existing mechanism the two governments have formed a Joint Task Force (JTF) that will include both government officials and private sector representatives. The Indo-Lanka JTF is now in operation. Sri Lankan team at JTF was led by Anura Siriwardena, Secretary, Industry and Commerce while Indian team was led by Arvind Mehta, Joint Secretary – South Asia. Apart from government officials, reps from private sector too joined the JTF sessions that continued successfully for more than two hours. Reps from Lanka National Chamber of Exporters, Indo-Lanka CEO Forum as well as the Joint Apparel Association of Sri Lanka (JAAF) were in the Lankan team while among the Indian reps were from the Pharmaceutical Export Promotion Council of India (Pharmexcil), Ashok Leyland and one of India’s leading infrastructure development and finance companies ‘Infrastructure Leasing & Financial Services Limited (IL&FS). During the June 24’s first JTF session, both sides discussed in depth as to ways and means of boosting trade cooperation to new levels. Indian reps focused, among others, on increasing investments and trade in Sri Lanka in textiles, pharma and automotive component export manufacturing while Sri Lankan reps, in discussing their requirements, highlighted maximum utilisation the FTA and removal of export quotas. “We are very happy of the results of the meetings we held so far in Colombo,” said Secretary Rao. “The Joint Task Force (JTF) on botas. “We are very happy of the results of the meetings we held so far in Colombo,” said Secretary Rao. “The Joint Task Force (JTF) on bilateral trade also completed its first ever meeting on June 24 . The JTF has also decided to meet once in every three months. We are looking forward to the second JTF meeting in October or November this year,” Rao said. “We want to see Sri Lanka’s exports to India growing further.