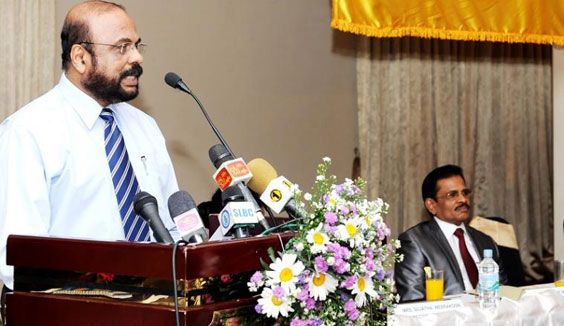 A high end Israeli Trade delegation consisting of approx. 25 delegates from diverse sectors such as agriculture, dairy, the high tech industry, defence, insurance and water management sectors is currently visiting Sri Lanka in order to explore potential scope for collaboration between the two countries. The trade delegation which arrived on 26th August is led by Ambassador Sarath Wijesinghe, Sri Lanka’s Ambassador to Israel.

The objective of organizing the visit by the Sri Lanka Embassy in Israel with the assistance of the Export Development Board, the Chambers of Commerce and the Israel –Asia Chamber of Commerce in Israel was to highlight Sri Lanka’s comparative advantages as well as the variety of investment incentives available in the priority sectors of the Sri Lankan economy. This visit is also timely since there has been considerable growth in bilateral economic relations between Sri Lanka and Israel with trade doubling to US $ 158.35 million last year.

H.E. the Ambassador Sarath Wijesinghe addressing the distinguished gathering at the inauguration of the event at the Grand Oriental Hotel stated that Sri Lanka is a stepping stone to the sub-Continent for Israeli investors and invited the Israeli entrepreneurs to make use of the emerging status of Sri Lanka as a hub in the region. Mr. Ajith Nivard Cabraal, Governor of the Central Bank who was the Keynote Speaker at the inauguration commented on the strength of Sri Lanka’s macro fundamentals and stated that the time is right to invest in Sri Lanka. Later in the day many leading Sri Lankan businessmen availed themselves of the business networking facilities with the Israeli trade delegates which were offered to them after the inaugural event concluded.

The delegation is expected to call on Minister of Irrigation & Water Resources Management Hon. Nimal Siripala de Silva, Minister of Agriculture Hon. Mahinda Yapa Abeywardena, Minister of Economic Development Hon. Basil Rajapaksa and Mr. Gotabhaya Rajapaksa, Secretary of the Ministry of Defence & Urban Development will visit the Board of Investment and other Government Institutions later on in their visit.