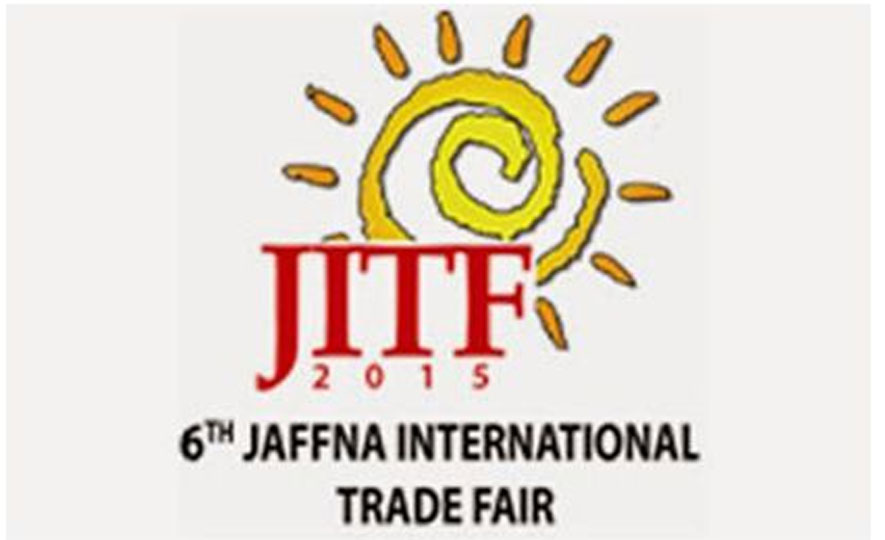 The Jaffna International Trade Fair (JITF), the most comprehensive and ‘looked forward to’ exhibition in the North will be held for the sixth consecutive year in the heart of Jaffna from the January 23-25, 2015.

The exhibition which was the first of its kind to be held in the Northern region of the country has throughout the years been renowned as the best and most potent platform for the meeting of investors, businesses and the masses in the region.

JITF has been hailed to be the common platform under which networking and expanding of investments, business ideas, existing businesses and sharing of knowledge occurs. The North is yet to be fully penetrated by private investments and remains ‘virgin territory’, with many of the resources in the area yet to be fully utilized.

The Jaffna peninsula has among its natural riches and resources, a vibrant community filled with passionate human resources who are willing to harness and expand their potential through such meetings.

The exhibition last year drew record number of visitors with each exhibitor achieving well beyond their expected targets. The massive infrastructure development currently underway in the region has also paved way for many investment opportunities in the region which could not be afforded previously.

The regions, roads, electricity, bridges and all other core facets are currently being developed in the governments endeavor to ensure the region is on par with many of the most potent business and lifestyle destinations in the world.

K. Vignesh President of Chamber of Commerce & Industries of Yarlpanam said, “There is no event of this kind for the entire Northern region and all businesses and locals of the region look forward to this event. The exhibition is considered the best meeting point between them and the rest of the country and the world. Therefore each and every visitor to the exhibition is focused in order to harness maximum value during the three days”.

The exhibition will feature the construction industry, hospitality industry, food beverage and packing industry, Automobile industry, ICT industry, financial services, apparel, agricultural, consumer goods and many others, which will be on show during the three days.

CEO of the Presidential Award winning event organizer Lanka Exhibition and Conference Services Aasim Mukthar said that all exhibitors have throughout the years gained maximum benefits at the JITF.

“It is a historic event where the North meets the rest and is considered by everyone who participates as the best and most comprehensive destination to further their knowledge, investments and businesses. We have left no stone unturned in order to make the 2015 edition the best that the peninsula has ever witnessed and are of the belief that it will be one of a kind,” he said.

The event is supported by Consulate General of India – Jaffna, Federation of Chamber of Commerce & Industry of Sri Lanka ( FCCISL), Ceylon Institute of Builders (CIOB), Sri Lanka Convention Bureau (SLCB) and the Jaffna Municipal Council along with the endorsement of the Ministry of Traditional Industries & Small Enterprise Development & Sri Lanka Export Development Board (EDB).