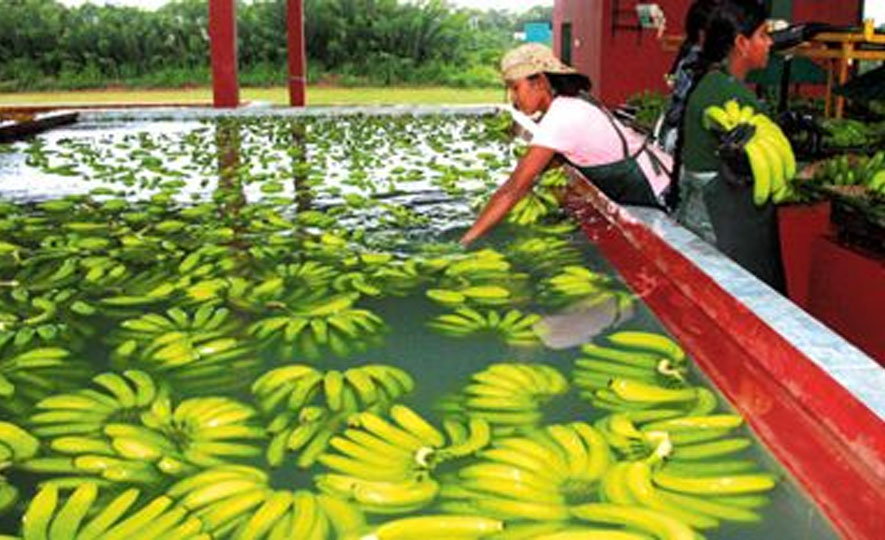 Japan’s ITOCHU Corporation will help further strengthen Japan-Sri Lanka trade ties under which investments are to be for expanding the island’s banana and tuna fishing industries and greater export opportunities will be provided for products.

Kouhei Watanebe, Chairman , the Japan - Sri Lanka Business Co-operation Councial and advisor to ITOCHU corporation said this when he and the corporation’s representatives met Economic Development Minister Basil Rajapaksa at the ministry office on Tuesday June 25.

Chairman Watanebe added that ITOCHU was also focusing on developing Sri Lanka's infrastructure, transport sector and environment-friendly coal power plants. According to him President Mahinda Rajapaksa too had discussed these during his last visit to Japan.

Minister Basil Rajapaksa said there was a very good market for banana, pineapple, rambutan and other fruits grown in Sri Lanka where the cultivation was being expanded with government assistance. He also said that areas like Batticaloa and Kalpitiya were areas most suitable for the cultivation of marine plants and rearing sea leeches.

The Economic Development Minister admitted the prawn industry here was facing setback at the moment but there is opportunity for improving it. Referring to investment opportunities in the area of exports, he said it is Sri Lanka which meets 95 percent of the world’s cinnamon requirements.

Minister Rajapaksa added that the peace which now prevails in the country, political stability, environment friendliness, 24-hour power supply and the availability of skilled labour had attracted many foreign investors.

Industry and Commerce Ministry Secretary Anura Siriwardena and a number of senior officials of the ITOCHU Corporation including its General Managers Masazumi Nishikage (Planning and Administration), Kenji Tanaka(Marine Products) attended the discussions.