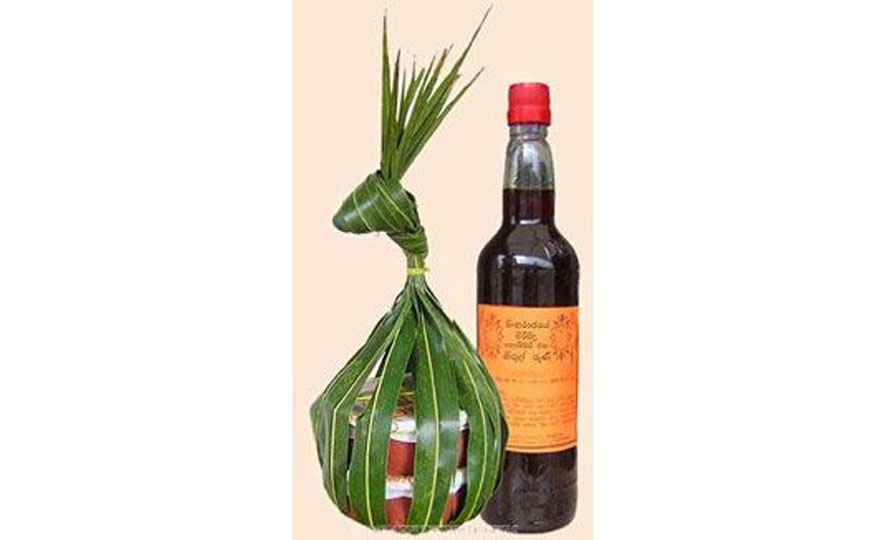 The Ministry of Traditional Industries and Small Enterprise Development has organised the Kithulaka Varuna Exhibition and Trade Fair from 4 to 6 April 2014 at the premises of the Sudarshi Sinhala Cultural Centre opposite the BMICH.

This is an annual exhibition and trade fair held every year before the Sinhala and Tamil New Year to popularise and promote Kithul products. This exhibition will be opened to the public from 9 a.m. to 9 p.m. on all three days. Admission is free and it is open for public.

Minister of Economic Development Basil Rajapaksa will be the Chief Guest for this program, along with Minister of Traditional Industries and Small Enterprise Development Douglas Devananda providing the leadership and strategic guidance to take the kithul sector forward with the support of the Deputy Minister Weerakumara Dissanayake.

Secretary, Ministry of Traditional Industries and Small Enterprise Development V. Sivagnanasothy said that this three day exhibition and trade fair has been organised by the ministry with its implementing agency the Industrial Development Board (IDB) and with the participation of other stakeholders such as the Industrial Technology Institute (ITI), National Engineering Research and Development Centre (NERD), Sri Lanka Standard Institute (SLSI), Department of Export Agriculture, Department of Forests and Export Development Board (EDB)

Fifty (50) trade stalls have been established to exhibit and showcase the quality kithul products and provide market opportunities to the kithul producers to sell their products directly to the consumers. The producers will exhibit kithul treacle and jaggery, kithul flour (Piti), kithul based food and beverages such as pudding, halapa, thalapa, kithul pitti kandha, handicrafts, timber and furniture etc. Among the exhibitors, an assessment will be made to select the high quality Kithul products and producers to recognise, motivate and encourage and work towards high quality products. The best performers will be given awards and certificates.

Further, in all three days a demonstration training session will be organised for housewives, women, home based entrepreneurs and for those who are interested on preparing Kithul based food and beverages. This demonstration session will be conducted by the Sri Lanka Institute of Tourism and Hotel Management. This exhibition and trade fair will offer great opportunities for consumers to purchase high quality kithul treacle and jaggery to meet the Sinhala – Tamil New Year requirements. Moreover, producers have opportunities to interact with the exporters and establish sustainable long term buy back arrangements.

The Ministry has initiated action to declare the first week of April 2014 (from 1 to 6 April) as Kithul Promotion and Consumption Week to coincide with the Kithulaka Varuna Exhibition and Trade Fair. It is scheduled to hold awareness programs at the district level, distribute nursery plants to kithul producers, create awareness among school children and university students on the nutritional, medicinal and health values, promote the products among tourists and general public and other related programs will be conducted to popularise and promote the kithul sector.

The kithul traditional industry which is over thousand years old and the indigenous traditional techniques and skills have been transferred from generation to generation need to be further supported, strengthened and upgraded and harnessed to realize the foreign exchange earning potential of the kithul sector.

Under the Mahinda Chintana – Vision for the Future – the national development strategy, the kithul sector has been identified as a rural economic development strategy for the development of livelihood, self employment, income generation and poverty reduction in the rural sector and facilitates the flow of foreign exchange directly to the villages.

The surveys undertaken by the ministry in partnership with the Department of Census and Statistics revealed that there are 3 million kithul trees in 18 districts which includes Ratnapura, Kandy, Badulla, Moneragala, Matara, Kegalle, Nuwara Eliya, Kalutara, Galle, Kurunegala, Matale, Hambantota, Colombo, Gampaha, Ampara, Anuradhapura, Polonnaruwa and Puttalam. Currently, there are over 35,000 tappers in all 18 districts. Of the 3 million trees, there are around 600,000 matured trees of which about 120,000 trees are currently being tapped. This is about 20%.  Therefore, there is a need to improve the tapping of the balance trees.

On the other hand, kithul treacle and jaggery have been identified as nutritional and healthy products and believed to have a low Glycaemic Index value among sweeteners and as such it is claimed that it will not have an effect on the blood sugar level. Hence, pure kithul is widely believed as an ideal sweetener for diabetes patients.

The rapidly increasing export earnings very clearly demonstrate the very high export potential for kithul products. It is reported that the kithul treacle and jaggery export earnings was Rs. 26 million in 2011, Rs. 58 million in 2012 and Rs. 68 million in 2013. There is an increasing demand for Sri Lankan kithul in international markets such as Japan, Malaysia, and USA. Historical evidence has also revealed that Sri Lankan kithul products were also exported to Great Britain, Belgium, Germany, France, the Netherlands and several European countries.

License not required for tapping

The Excise Ordinance has been amended to enable the tapping of kithul trees without having to obtain special permits. Moreover, the removal of this impediment has been widely disseminated and awareness has been created among all Divisional Secretaries, Police officers and Excise Department officials.

Under the Mahinda Chintana – Vision for the Future the Ministry of Traditional Industries and Small Enterprise Development is implementing the National Kithul Development Program to strengthen this sector as a commercially profitable sector. The average monthly income obtained from a single kithul flower is in the range of Rs. 15,000 to Rs. 25,000. Moreover, it can significantly contribute to reduce the import of sugar and serve as a healthy sweetener in the international market.

Quality improvement for kithul treacle and jaggery (GMP, SLS certification, cost effective stoves, brix meters, PH meters and devices to assess the level adulteration) to enable it to compete with other sweeteners such as maple syrup of Canada.

Nursery development and kithul plantation to increase the number of kithul trees in the country and convert it as a commercial operation.

Introduce kithul as a nutritional and healthy sweetener by analysing its medicinal and nutritional contents. Nutritional labelling of kithul products. Preserving sap from fermentation to enable it to produce more treacle and jaggery instead of toddy. Prevention of melting of jaggery and appropriate packing. The Ministry is giving very high importance to the kithul sector to develop it as a dynamic export oriented sector that will benefit the rural economy.