Home/News/Lanka moves up in global competitiveness 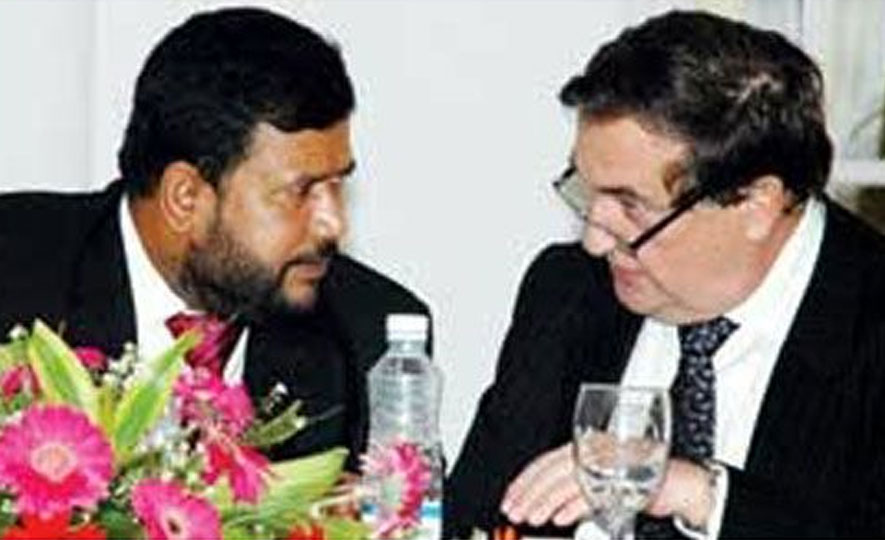 Minister Bathiudeen was addressing the Seminar "From Agriculture to Agribusiness: The Pathway of Chile" last Friday (25) at Mount Lavinia Hotel. Joining the session were Sergio Rodriguez (Faculty of Agriculture and Forestry Engineering, University Catholic of Chile), and Mano Selvanathan (Honorary Consul of Chile in Sri Lanka). The session was attended by officials from EDB, private sector reps including Cargills, and academia and officials from Chile's Delhi Embassy.

Minister Bathiudeen revealed: "Chile is one of Sri Lanka's leading trade partners in the South American region. Bilateral trade between Chile and Sri Lanka stood at $ 45 Mn in 2012. Our top two exports to Chile are from agro sector- that is, tea and spices. The bi-lateral agreement, for agricultural trade, and cooperation, between both countries, signed in Colombo, in 2007, strengthened our historic links, further. We also see Chile as a platform to access other markets, in the South American region. We congratulate Chile for getting selected as the highest ranked, Latin American nation by the World Economic Forum in its latest, Global Competitiveness Report 2013-2014. This achievement is despite the challenging international markets. I am also pleased to say that, Sri Lanka too has improved to Rank 65 from its previous 68 in the same Index. We stand just below Russian Federation in this ranking. The same index says that, Sri Lanka leads among SAARC countries in competitiveness levels."

"Back in 1980s we were backward but after opening our economy and entering to many FTAs, our GDP grew steadily and now Chile is a global player. As a result, our exports grew and today we are the fifth largest exporter of wine in the world" said (HE) Cristian Barros, the New Delhi based Ambassador of Chile accredited to Sri Lanka, and added: "Sri Lanka - Chile trade cooperation goes back a long way despite being geographically distant. And of course, 90% of Chileans drink Ceylon Tea!"