Home/News/Lanka mulling to be a medical tourism brand

Lanka mulling to be a medical tourism brand 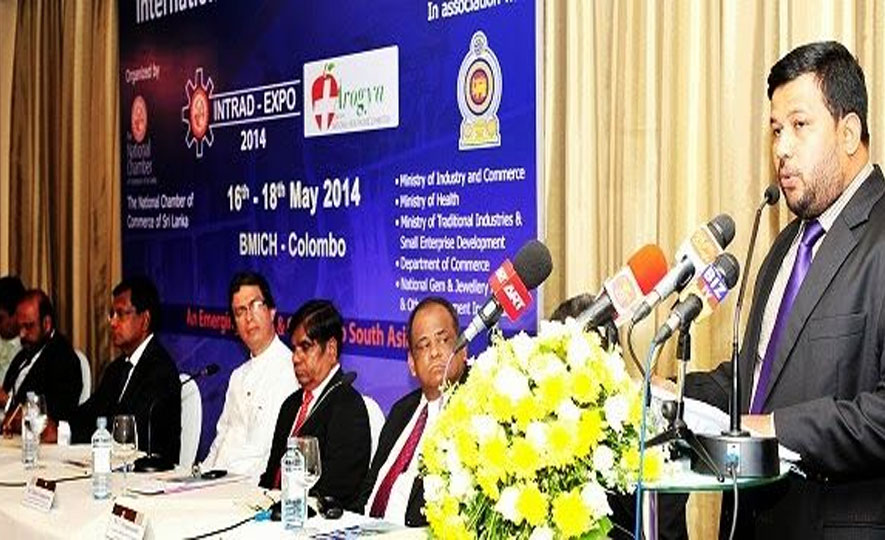 Merging its latest tourism arrivals to its modernizing healthcare, Sri Lanka is mulling to be a medical tourism destination next-while also opening a new niche service niche in its surging exports.

“Due to the support of well-trained, high quality healthcare professionals, availability of treatment centres as well as pharmaceuticals, we are witnessing the emergence of a new sector, that is medical tourism, contributing to our service exports” said an upbeat Rishad Bathiudeen, Minister of Industry and Commerce of Sri Lanka on 12 February in Colombo. 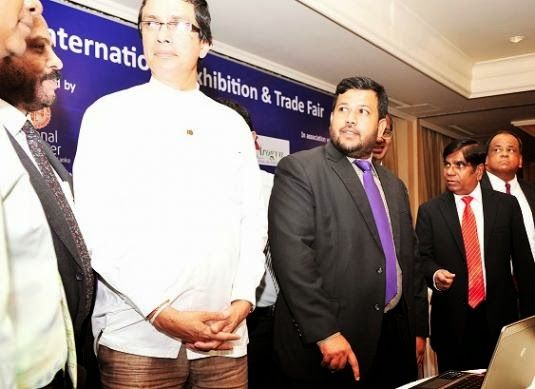 Minister Bathiudeen was addressing the launch event of the twin exhibition -Intrad 2014 and Arogya 2014- at Hilton Colombo on 12 February afternoon. The event to be held from May from 16th to 18th in Colombo is organized by the National Chamber of Commerce of Sri Lanka with the Ministry of Industry and Commerce, Ministry of Health, Department of Commerce, Ministry of Traditional Industries & Small Enterprise Development and EDB being co-organisers. During the event, Minister Bathiudeen also launched the twin event’s official website, www.intrad-arogya2014.com.

“The INTRAD 2014 and Arogya 2014 are gaining gradual recognition among our business community as networking events for these growth sectors in Colombo. I am given to understand that INTRAD is a wide ranging exhibition, including industries, imports and even exports. As the Minister in charge of exports, I commend your efforts to promote our exports through this series” said Minister Bathiudeen, addressing the event,

He added: “In fact, I am pleased to share the good news with you on our exports. As announced two days ago, earnings from exports during 2013 grew by 6.3% to $ 10.38 Bn. As the Minister of Industries, I am also pleased to note that Industrial exports, have led 2013 December growth on Year on Year basis. In December, monthly Industrial exports increased by 15.2% to $ 741 Mn. These strong growth rates are reported at a time when we target national exports goal of $ 20 Bn by 2020 under the committed vision of HE the President Mahinda Rajapaksa. NCC’s other concurrent exhibition, the Arogya series, focuses on healthcare. With only a per capita healthcare expenditure of $ 175, at first, Sri Lanka does not appear to have an advanced healthcare infrastructure similar to the developed countries. However, this does not show us the full picture. Due to the support of well-trained, high quality healthcare professionals, availability of treatment centres as well as pharmaceuticals, we are witnessing the emergence of a new sector, that is medical tourism, contributing to our service exports.“

Minister further said, “Studies show that around 15% of patients in Sri Lanka are foreign patients, such as from Maldives. I am pleased to say that two healthcare companies, that is Lanka Hospitals and Durdans, already have active programs for foreign medical tourists. In fact, the Export Development Board under my Ministry, which is also partnering for INTRAD and Arogya, believes that medical tourism is a promising service sector to drive our foreign exchange earnings. Developing a strong niche in medical tourism, can result in a special tourism brand for Sri Lanka in the long term. Our tourism sector reported more than 1.2 million arrivals in 2013, according to the office of Sri Lanka Tourism. I wish to commend the Economic Development Minister Hon Basil Rajapaksa for this growth. Since medical tourism is at the middle of several sectors, such as tourism, healthcare and inbound travel packaging, we believe that Public Private Partnerships are a good way to strengthen this promising sector, so that our government’s goals in tourism related hub synergies are leveraged well”.

“The twin events have progressed considerably during the last few years” revealed Sunil Wijesinghe (Chairman-National Chamber of Commerce). “These two events in coming May in Colombo will have international participation like last year where Japanese, Chinese, Indian, and Pakistani delegates took part” Wijesinghe added.

“Some stalls of INTRAD 2014 and Arogya 2014 are already sold out” said Thilak Godamanna, Snr. Deputy President of NCC. “We hope this year’s event will be more successful than last year’s” Godamanna said.