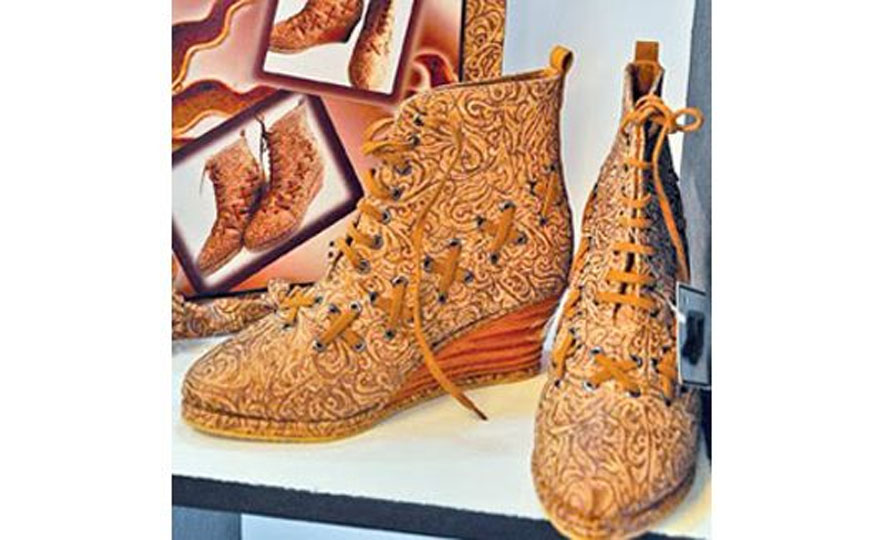 Sri Lanka's booming footwear and leather sector has demonstrated the highest exports surge in recent history while the industry players lauded praise on the government for the support given to them. "Our footwear and leather exports have shown a strong growth trend. In 2012, exports from this sector stood at $ 30 Mn but now it has registered a remarkable 63% increase in 2013 to $ 51 Mn" said a satisfied Rishad Bathiudeen (Minister of Industry and Commerce of Sri Lanka) on February 7 in Colombo.

Minister Bathiudeen was addressing the inauguration event of the sixth edition of Footwear and Leather Fair on 07 February at BMICH, Colombo. Joining the event as the Chief Guest was Basil Rajapaksa (Minister of Economic Development), and other Deputy Ministers-Lakshman Wasantha Perera (Deputy Minister of Industry & Commerce) and Weerakumara Dissanayake (Deputy Minister of Traditional Industries & Small Enterprise Development), as well as members of diplomatic community from 13 countries, international participants from Egypt, France, Korea, Kenya, Germany, Seychelles and -including a delegation from Iran. 19 Indian exhibitors from Indian Footwear Component Manufacturers Association (IFCOMA) and one Chinese exhibitor were taking part in the event which was first held in 2007. The sixth edition, organized by Export Development Board, the Ministry of Industry and Commerce, Industrial Development Board and the Sri Lanka Footwear and Leather Products Manufacturers' Association (SLFLPMA), is the international level platform for Lankan footwear and leather product exporters, manufacturers and Small and Medium Enterprises (SMEs) to showcase their talents and capabilities locally and globally.

"This event is a strong platform for networking and market diversification for Lankan stakeholders" said Minister Bathiudeen, and added: "What is more interesting is that this event is also taking place at a time when our footwear and leather exports are showing a strong growth trend. In 2012, exports from this sector stood at $ 30 Mn but now it has registered a remarkable 63% increase by 2013 to $ 51 Mn. Having successfully completed five editions, the EDB is organizing the 6th event with the valuable support of Industrial Development Board, Sri Lanka Footwear and Leather Products Manufacturers' Association and other stakeholders-specially the more than 40,000 strong workforce in this sector.

‘As you are aware, the leather and footwear industry of Sri Lanka has also been identified by my Ministry as a thrust industry for development. Accordingly, the ministry has taken many initiatives to safeguard the local manufacturers and also to develop and promote exports. I also wish to commend producers and exporters in this sector as well as award winning Sri Lankan footwear exporters in Sri Lanka such as Michelangelo Group who are successfully supplying to global footwear brands such as JC Penny, John Lewis, and Bata Switzerland and even the competitive Italian market.

Our domestic supply source is bovines, and the numbers of Sri Lanka's bovines, have registered an encouraging 19% increase from 2002 to 2012.