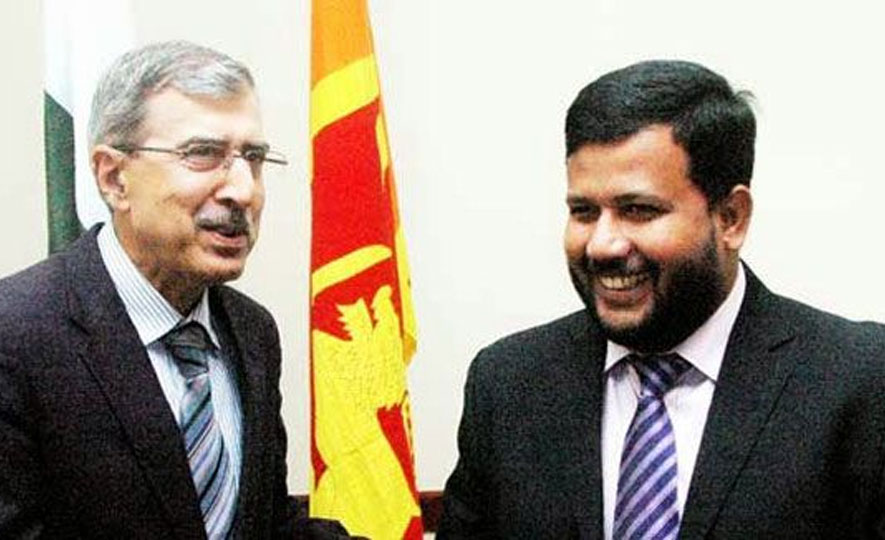 Pakistan, Sri Lanka’s second largest trade partner in the region, has indicated interest in expanding its free trade agreement (FTA) trade with the island, creating growth in bilateral trade, which already exceeds the US $ 460 million mark, according to Sri Lanka’s trade ministry.

The High Commissioner also stated that the composition of Pakistani working group for this year’s Ministerial level Joint Economic Commission (JEC) session had been finalised and the teams will span across four sectors namely, automotive, investment, customs cooperation and trade.

Meanwhile, Sri Lanka’s trade minister Rishad Bathiudeen pointed out that a range of new Lankan products have penetrated into the Pakistan market after the implementation of the PSFTA. Among them are fresh pineapple, MDF boards, sports goods, tamarind, edible oil, porcelain tableware and kitchenware, ceramic tiles, furniture, electrical switches and sockets and herbal cosmetic products.

Pakistan’s first-ever international FTA partner was Sri Lanka when the Pakistan Sri Lanka Free Trade Agreement (PSFTA) came into force in June 2005. According to Sri Lanka’s Department of Commerce, the value of total trade between the two countries has increased by 330 percent during the last decade from US $ 107.1 million in 2003 to US $ 462.1 million in 2013.

Exports to Pakistan increased by 8 percent in 2013 as against US $ 351 million in 2012. Sri Lanka’s main exports to Pakistan include natural rubber, copra, tea, coconut, spices and betel leaves while main imports are cement, cotton, wheat, cane/ beet sugar, medicaments and iron and steel.