Release of handbook on the “India-Sri Lanka Free Trade Agreement” 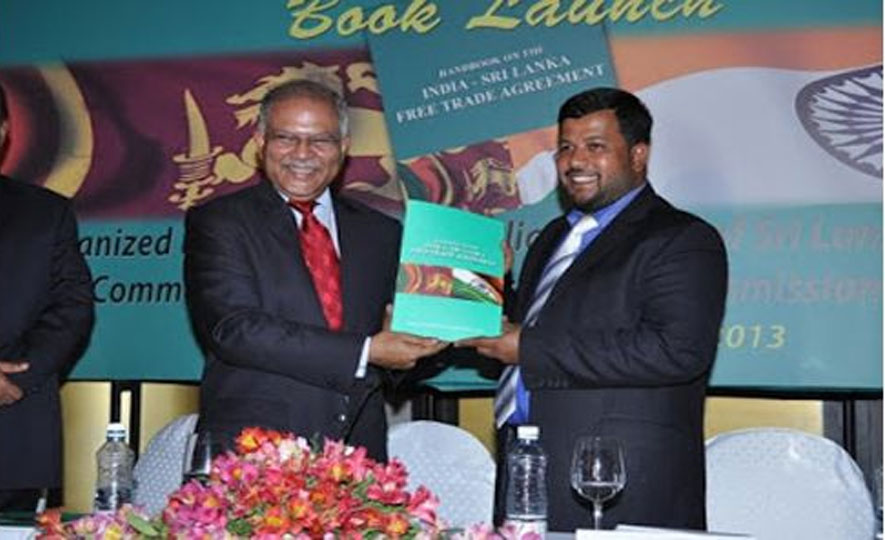 A Handbook on the India-Sri Lanka Free Trade Agreement was released on 15 May 2013 by Rishad Bathiudeen, Minister for Industry and Commerce, Government of Sri Lanka and Ashok K. Kantha, High Commissioner of India. The handbook was brought out by the High Commission of India in collaboration with the Institute of Policy Studies, Sri Lanka. 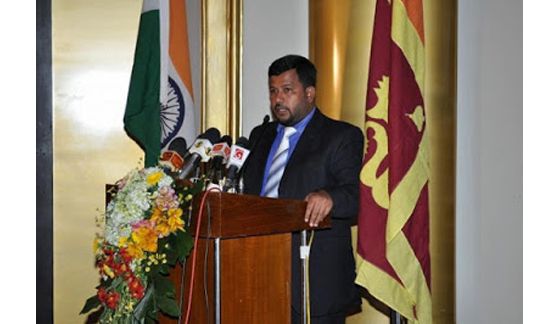 In his remarks at the event, Rishad Bathiudeen noted that India and Sri Lanka were inseparable friends with a vibrant and growing economic and commercial partnership which had witnessed both trade and investment expanding greatly in recent years. Over the past decade or so, the India-Sri Lanka Free Trade Agreement (ISFTA) had made a substantial contribution in bringing 70% of Sri Lankan exports to India under the FTA, while only about 30% of the Indian exports to Sri Lanka were being made under the FTA. At a time when Sri Lanka’s traditional markets in the West were showing slow recovery from the global economic crisis, the growing markets in Asia, including that of India, provided a great opportunity for enhancing Sri Lankan exports via the ISFTA. As a result, in 2012, imports from India stood at 19% of the overall imports of Sri Lanka (largest source of imports to Sri Lanka), while Sri Lanka’s exports to India stood at 5.8% of overall exports of Sri Lanka (3rd largest destination for Sri Lankan exports), with total trade between the two countries amounting to US$ 4.2 billion. 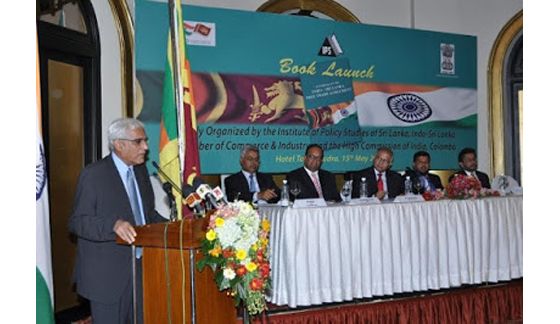 Dr. Saman Kelegama, Dr. Indrajith Coomaraswamy and Mr. Vish Govindaswamy, during their remarks, sought to dispel the misconceptions surrounding some of the criticisms of the ISFTA. Although there was a commonly-held misconception that a FTA between a large and a small country would appear to bring all benefits for the larger country, if the asymmetry between the two countries was duly accommodated by recognizing the principle of Special and Differential Treatment (SDT) for the small country, a “win-win” situation could be worked out.

This asymmetry was accommodated in the ISFTA right from the outset, by offering a longer tariff liberalization period for Sri Lanka, a larger negative list, favourable rules of origin, etc. This had enabled more than 70% of Sri Lankan goods to be exported to India via the FTA (83% in 2011) compared to less than 30% for India (13% in 2011). The Import-Export ratio between Sri Lanka and India had declined from 10.3 to 1 in 2000, to 6.4 to 1 in 2012. Had the FTA not happened, Sri Lankan exports to India would have been considerably less than what has been achieved and the trade deficit would have been much larger, given the large volume of Indian exports being made outside the FTA. It had to be noted that the trade deficit with India got somewhat compensated by the large capital flows from India to Sri Lanka in terms of FDI, aid, etc. Thus, there was little logic to use the trade imbalance alone as a guide to assess the progress of an FTA.

In his address, Ashok K. Kantha, High Commissioner of India, recalled the urgent need to promote further Indo-Sri Lankan trade by various stakeholders including the Governments of Sri Lanka and India, Chambers of Commerce and Industry of both the countries and above all the businessmen and entrepreneurs, and to take them to the next level.

The High Commissioner highlighted that in 2011-12, India’s imports from Sri Lanka went up by almost 45% to cross US$720 million, making Sri Lanka the largest source of merchandise from the South Asian region for India. This was a big jump from the US$45 million imports in 2000-01, when Sri Lanka occupied 4th rank as an import source for India in the region. Sri Lanka’s exports to India had multiplied by over 16 times in this period, while India’s exports to Sri Lanka had gone up by less than 7 times. There was thus no doubt that the FTA had brought significant benefits to both sides, but more to Sri Lanka. A number of top Indian companies had displayed high interest in Sri Lanka, investing in the country across sectors such as infrastructure,

manufacturing, services, and construction. The cumulative FDI approvals for Indian investments stood at about US$ 1 billion since 2003, with investment inflows of US$160 million in 2012. Nearly US$ 2 billion worth of FDI had been committed by Indian companies for the next five years or so. However, the investment flow was by no means one-sided as Sri Lankan companies too were finding substantial opportunities in the large Indian market, leveraging FTA provisions. The bilateral economic cooperation today extended across multiple areas of engagement, including trade in goods and services, tourism, infrastructure, education, science and technology, and agriculture. Air connectivity had gone up manifold and there were about 120 flights a week between Colombo and eight destinations in India; almost one-fifth of tourist arrivals in Sri Lanka was from India. The beneficial synergy in bilateral economic relations was best illustrated by the container traffic of Colombo Port, which handled nearly thirty percent of the container transshipment business of India; India-linked cargo, in turn, accounted for over three-fourths of the Port’s total container transshipment volume.

The High Commission er made a special emphasis on the impetus generated during the landmark visit of. Anand Sharma, Minister of Commerce, Industry and Textiles, Government of India, to Sri Lanka from 3-5 August 2012 coinciding with the inauguration of the “The India Show – Land of Limitless Opportunities”. During the visit, the two governments had set an ambitious target of doubling bilateral trade to reach US$ 10 billion by the year 2015. It was also decided to take several key steps to further deepen trade and investment relations, including by focusing on increasing Sri Lanka’s export capacity with promotion of manufacturing of products like automobile parts, engineering products and pharmaceuticals, with Indian investments and forging linkages across the production and supply chains of the two countries. To take these proposals forward, the two governments had constituted a high-level Joint Task Force.

Highlighting the non-reciprocal concessions granted by the Government of India in recent months, the High Commissioner said India had taken several key initiatives, including allowing export of 8 million pieces of garments to India by Sri Lankan exporters (condition of importing fabric from India for exporting 5 million pieces of garment removed); issue of import permits for processed meat for one year (earlier it was six months); allowing import of two additional fruits, namely Rambutan and Mangosteen from Sri Lanka; proposing to enter into a Customs Cooperation Agreement and signing a Double Taxation Avoidance Agreement.

The ‘Handbook on the India-Sri Lanka Free Trade Agreement’ aims at facilitating a better understanding of the close economic and commercial partnership that has resulted between the two countries following the entry into force of the FTA. Although there is a lot of information and literature on the ISFTA, they remain scattered. The handbook attempts to bring this scattered information together to assist the business community and other stakeholders to obtain a better understanding of the ISFTA. In addition to a brief analysis on what has happened so far under the ISFTA, the handbook reproduces the Free Trade Agreement and technical details relevant to the Agreement such as the Negatives Lists, Rules of Origin, etc., and agencies dealing with the ISFTA.