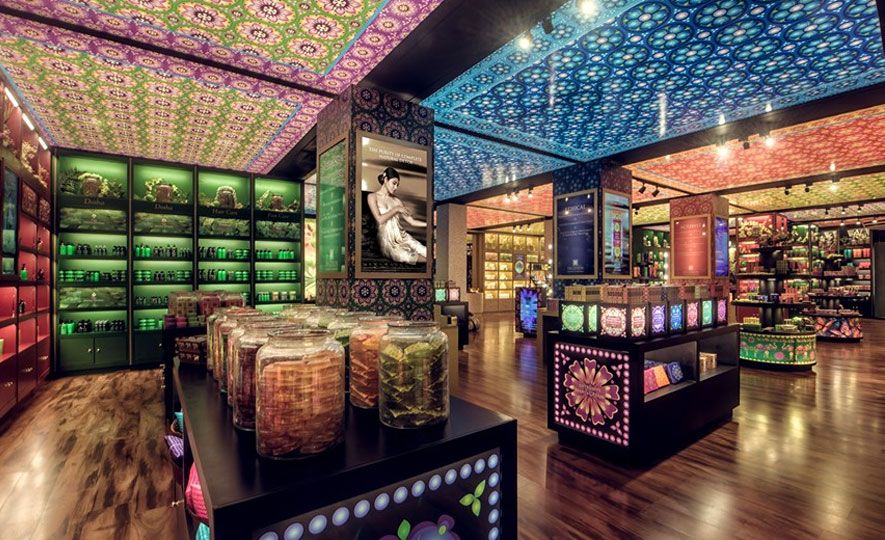 Recognised for excellence in its field of speciality, the brand was once again awarded the ‘Global Award for Best Luxury Ayurveda Spa’.

The World Luxury Spa Awards annual awards gala was held this year in Russia, at St. Petersburg’s prestigious State Hermitage Museum’s official hotel. These awards are acknowledged as the world’s foremost platform for recognising excellence in the global spa industry, which spans 140 countries and sets the benchmarks in quality, innovation and service for spas around the globe. It is established as the world’s leading awards initiative for luxury spas.

Awards are presented on a country, continent and global basis based on the votes and evaluation of global spa-goers and industry experts. The winning spas are considered the top tier of the international luxury spa industry and are promoted globally by the World Luxury Spa Awards. 2019 saw the biggest global participation ever, with over 200,000 global votes cast for properties across the world. Speaking to media in St. Petersburg, Spa Ceylon Managing Director Shiwantha Dias stated that winning these global awards in Russia was a major recognition for the brand. “It is especially significant as we are currently expanding our brand presence in major Russian cities and also have an extensive list of new store openings across Eastern Europe.”

Speaking to media, Co-Founder and Director Shalin Balasuriya explained: “The growth of the wellness industry globally is seeing wellness become a key part of several industries from travel and tourism to retail, recreation, food and beverage and HR development as well. Being a multi-faceted brand with a unique Ayurveda approach to wellness, Spa Ceylon continues to work towards impacting people’s lives through not just our own retail presence and Spa offering but through strategic partnerships across industries as well. International Awards of this nature give us a platform to further expand such multi industry links globally and positively impact even more lives through the powerful science of Ayurveda.”

Spa Ceylon’s rapid international growth continues in 2019 with a host of other new openings across Europe, Asia, Australian and Africa. The brand envisages the opening of their landmark 100th store at a premium location in Western Europe by end 2019.

Founded in May 2009 by brothers Shiwantha Dias and Shalin Balasuriya, Spa Ceylon has fast become a dynamic force in the global luxury wellness sector and has taken its Luxury Ayurveda brand to the world, with a global presence of almost 100 branded stores and spas situated in Ginza Tokyo, Osaka, Kyoto and Nagoya in Japan; Moscow and Sochi in Russia; Melbourne, Australia; Sofia, Bulgaria, Larnaca, Cyprus, Bucharest, Romania, Singapore; Seoul, South Korea; Kuala Lumpur, Malaysia; Mumbai and Hyderabad in India; Karachi, Pakistan, the Maldives Islands and over 30 locations across Sri Lanka. The brand also operates in Kiev, Ukraine, across Switzerland and in the USA. Spa Ceylon captures the romance of old Ceylon combined with ancient Ayurveda wisdom to create its range of majestic spa rituals and Royal spa formulae designed to soothe, calm and relax the body, mind and soul.