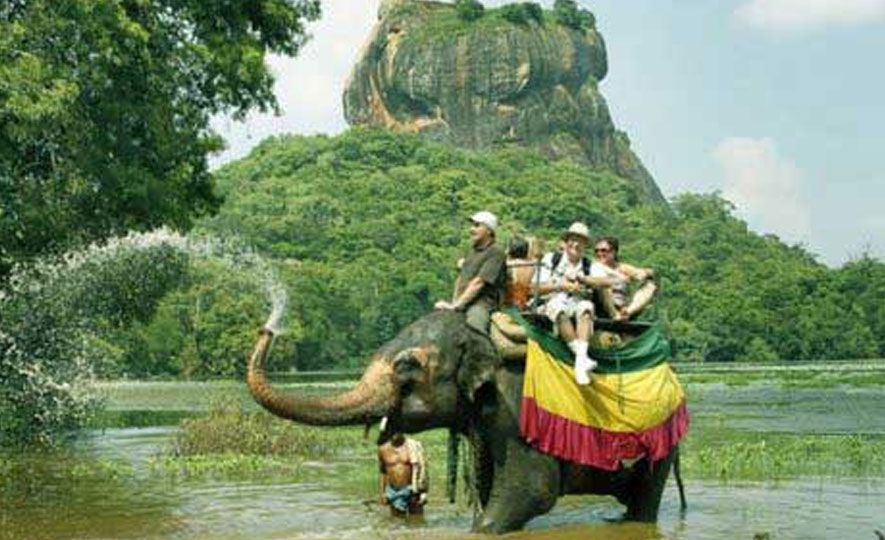 Sri Lanka participated in the Arabian Travel Market (ATM 2019), the largest annual professional and official exhibition for the Tourism market in the Middle East last week.

The annual exhibition provides global exposure and business and travel opportunities for the tourism sector. The Arabian market is important for Sri Lanka as it brings a large number of tourists to the country.

The press conference organised by the Sri Lanka Tourism Promotion Bureau (SLTPB) at ATM 2019 Dubai was attended by over 50 media personnel representing leading global and regional media organisations. Many electronic and print media interviews were also conducted on a one-on-one basis at the Sri Lanka pavilion which included CNN, Euro news, Kahaleej Times. There were other interviews in the studios of media houses, including Dubai Eye.

Almost one week after the horrendous terrorist attack in Sri Lanka, the ATM media platform was an opportunity to enlighten foreign media on the current situation in Sri Lanka and measures being taken by the Tourism Ministry and the industry for the safety and security of tourists.

The press conference started with the observance of two minutes silence in honour of the victims of the terror attack.

Chairman, Kishu Gomes presented a detailed update on the situation, impact on the tourists and the action taken by the government to support all tourists affected by the incident. He highlighted the confidence of the military to bring the situation under control and clear doubts on the security and provide security to the industry.

Lessons from other countries which were affected by terrorism and other natural disasters were highlighted. He said that Sri Lanka Tourism has not stopped any promotional activities and will continue with all its planned activities for 2019 as Sri Lanka Tourism will not leave any room for terrorist to thwart the industry. The current issue is only safety related and the tourism value proposition remains unchanged, which has been enjoyed by millions of tourists from across the world. With safe environment being restored in the immediate future, Sri Lanka Tourism is confident that global travellers will re-look at Sri Lanka for potential travel.

He said that it is evident that the attack of April 21 on Sri Lanka was an internationally motivated terrorist act similar to some of the attacks carried out in the past on some other tourist destinations and it is not considered as a homegrown terrorism act of a recurrent nature.

The Chairman urged the global media and other stakeholders to stand with Sri Lanka Tourism in its efforts to beat global terrorism. He said unless all countries come together and defend the whole world from terrorists, there will be more attacks in time to come –“it was Sri Lanka this time and next time it can be your country. Let us unite and work against global terrorism under which the tourism industry can thrive for all tourism destinations to benefit from.”

The video which was launched at the ITB to showcase Sri Lanka through the eyes of the ‘animals’ which evoked the essence of the new branding – ‘So Sri Lanka’ was shown at the press conference to refresh the minds of all present on the unmatchable tourism products and portfolios offered by Sri Lanka.