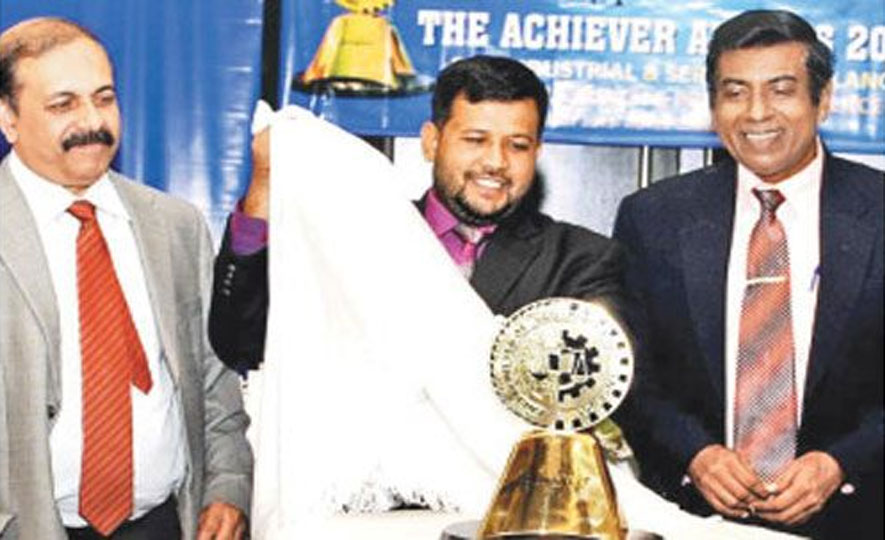 As Sri Lanka experienced a 10.3 % industry surge in 2012, Sri Lanka’s historic industry growth rate appeared to exceed the growth rate of its own GDP.

“Lankan historic industry sector growth has surpassed even the national GDP growth rate-in that, the industry ‘value addition’ to the GDP in 2012, is 62 times to that of 1960 when CNCI began at only US $ 269 million. Our industrial exports too, increased by 28 %, in 2011,” said Rishad Bathiudeen, Minister of Industry and Commerce addressing the CNCI Achiever Awards 2013 launch event held at the Cinnamon Grand on May14 .

“This is a valuable SAARC networking opportunity, for our industries,” said Minister Bathiudeen.

“Our GDP in 1960 was only $ 1.4 billion but today it is $ 60 billion growing by more than 42 times. As the Minister of Industries I am pleased to say that our industry sector growth in this period has surpassed even the national GDP growth rate-in that, the industry ‘value addition’ to the GDP in 2012 is 62 times that of the value addition in 1960 which was only US $ 269 million.”

For the 11 year period, of 2002 to 2012, 2,250 new patents and 2,581 new designs were registered in Sri Lanka by the National Intellectual Property Office, under my Ministry. 15,774 trademarks too were successfully registered. These are positive developments, for our industrial growth,” he said. Associated Newspapers of Ceylon is the media sponsor for the event.