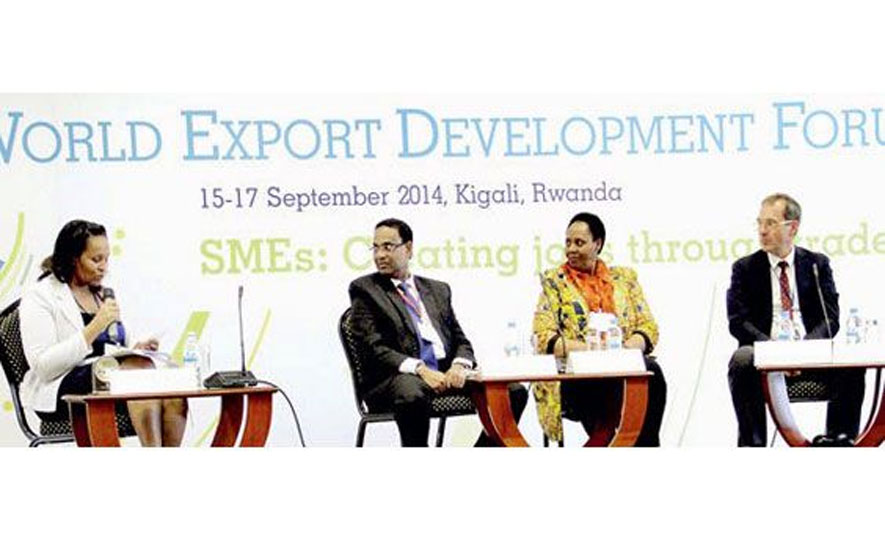 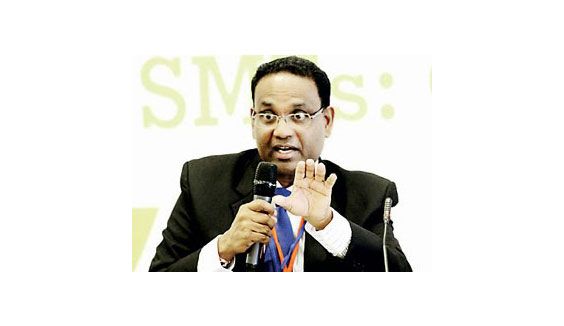 Egodage was one among over 60 eminent international panellists who were sharing their valuable experience on the complexities of exports and their best practices at WEDF held from 15-17 September in Kigali, Rwanda.

The Kigali WEDF brought together more than 1,200 registered participants from 73 countries from governments, trade support institutions and businesses, to debate and identify solutions that contribute to sustainable economic growth and development. The Kigali WEDF 2014, which packed several networking sessions and company visits, was held on the theme of ‘SMEs: Creating Jobs through Trade.’

WEDF is an initiative of International Trade Centre (ITC), a subsidiary of the World Trade Organization (WTO) and the United Nations Conference on Trade and Development (UNCTAD), providing trade-related specialised technical assistance to exports of various economies, especially transition economies.

Egodage, speaking at the parallel session on ‘Building a Brand: Export Marketing for Developing Countries,’ added: “Lankan brands such as Dilmah have been able to compete against large brands from multinational companies and develop their presence in international markets successfully. SMEs are the backbone of Sri Lankan economy and a main player in the export supply chain. The Sri Lanka Export Development Board has launched many initiatives to strengthen SME exports, under the vision of President Mahinda Rajapaksa, and guided by Rishad Bathiudeen, Cabinet Minister in charge of exports.”

In 2013, 82% of Lankan exporters were from the SME sector. Sri Lanka’s Dilmah brand packs over 60 years of history in Ceylon Tea and the family-held brand reportedly follows the entire ‘nursery to tea cup’ value chain process closely.

Egodage also explained SLEDB’s many initiatives to strengthen Sri Lanka’s SME exports at Kigali WEDF 2014. Among recent such initiatives were the increasing number of Lankan SME pavilions in EDB-facilitated trade fairs (locally and internationally), facilitation of linkages between SMEs and international buyers, enlisting SME biz in advisory committees, and closely working with other Government ministries involved in SMEs (such as the Ministry of Agriculture).

Sectors such as leather, handlooms, packaging, food processing, fruits and vegetable and ornamental fish are some of the well-known SME contributors to Sri Lanka’s exports.