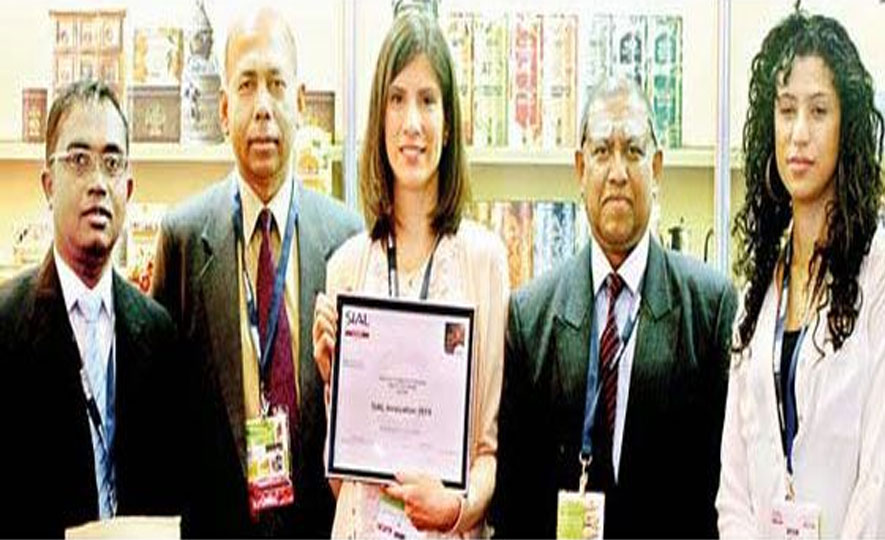 In the wake of record exports in 2013, Pure Ceylon Tea has reported yet another achievement, with Basilur Tea Canada, allied to its Lankan firm Basilur Tea, clinching the main award at North America’s top food and beverages trade show this year.

Previously Basilur won the Top-10 Most Innovative Products of Canada Award in 2012 followed with a Selection Award reaching Top-50 in North America in 2013. The SIAL 2014 packed 767 exhibitors from 43 countries and more than 14,000 visitors.

Ontario-based Basilur Tea Canada is well-known for promoting Pure Ceylon Tea in Canada through its innovative packaging methods and diversity of flavouring, aimed specifically at the Canadian palette.

The latest award was presented to Basilur Tea Canada in Montreal at a gala celebration in the presence of over 500 dignitaries including government ministers, heads of government departments, heads of multinational corporations and the media.

“We were featured in over 20 printed and electronic media channels, generating a lot of publicity. While these achievements have helped us to enter into many market segments in the mainstream, they have also helped other products in our portfolio to gain market access. Hence we are looking into identifying more innovative and competitive products to add to our portfolio. We conduct extensive market research, create professional marketing programs and work closely with manufacturers to develop products to meet the required standards both in quality, packaging and presentation,” Director Perera added.