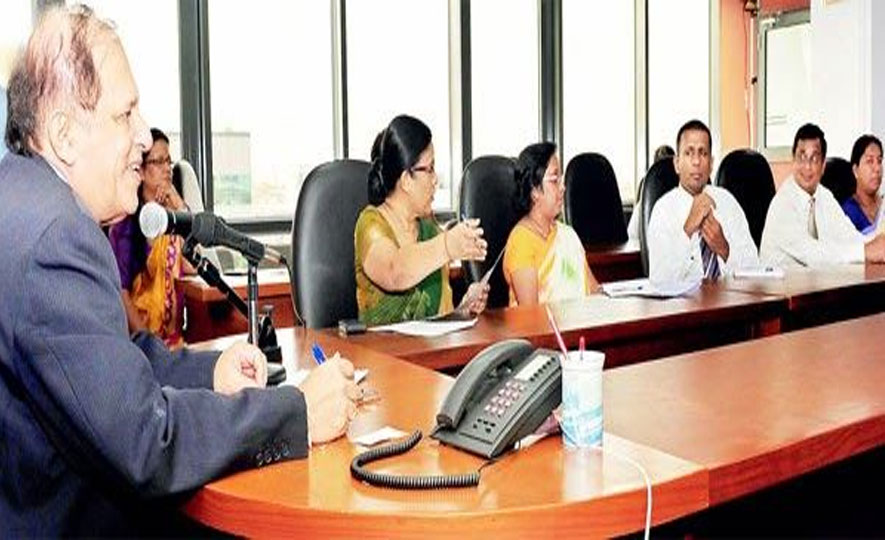 Sri Lanka's bilateral trade with Israel has surged by 178% since a trade pact signed in 2007, signaling even closer B2B links between the two countries, a press release issued by the Ministry of Industry and Commerce said.

"We have a history of bilateral trade and business cooperation with the State of Israel. This time we took about 40 leading businessmen to Israel from Sri Lanka and completed a successful Business Forum", Sarath Wijesinghe, Sri Lanka's Ambassador in Israel said Friday at a business review meeting in Colombo.

He was addressing the progress review meeting of the recent Lankan trade and business delegation to Israel facilitated by Export Development Board (EDB) and supported by the Ministry of External Affairs. Taking part at the session were business representatives, who were in the July 2014 delegation to Israel.

In July, a trade and business delegation from Sri Lanka consisting of 40 business leaders led by Neomal Perera (Deputy Minister of External Affairs) completed a successful Business Forum in Israel, interacting with their Israeli counterparts, including the well- known L.R. Group, and Sri Lanka-Asia Chamber of Commerce.

In April 2007, Sri Lanka and the State of Israel signed a historic Trade and Economic Co-operation Agreement of general nature enhancing bilateral relations to new levels. Since then, bilateral trade has surged by a huge 178%, as of December 2013.

According to the Department of Commerce, in 2013, total bilateral trade between Sri Lanka and Israel stood at US$175.63 million, rising by 11% from 2012. The balance of trade was in favor of Sri Lanka. Diamonds, brought down from Israel to Sri Lanka are value added here and re-shipped to Israel. Annually such diamond imports and exports exceed US$ 50 million mark and in 2013, diamond exports to Israel rose to US$ 79 million, claiming 80% of 2013's Lankan exports. Tea, fish, pneumatic rubber tyres, and special yarns were other Lankan exports to Israel in 2013. In the same year, leading imports from Israel were diamonds, filaments and miscellaneous chemicals.

Herzliya based LR Group, the Israeli project development firm operates globally in financing, constructing, and managing medium and large scale projects in developing economies. It also reportedly has a track record of creating and managing over US$1 billion agriculture projects around the globe in Africa (Angola), Asia & Pacific, Russia and Central Asia, South America, and Europe.