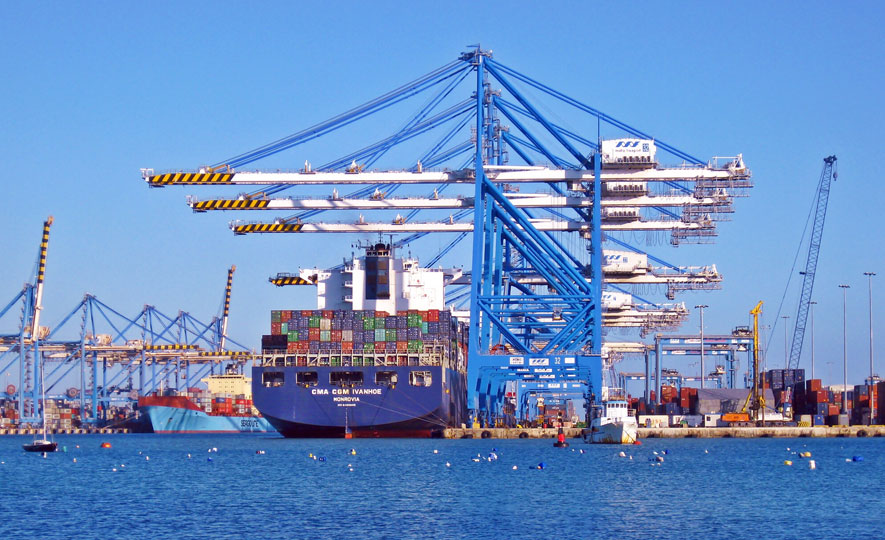 EDB Chairman, Suresh D de Mel said, " Exports performance in January 2022 has been remarkable and the growth has been all encompassing as almost all the major sectors have exhibited encouraging trends. We are hopeful that this trend will continue, and we can see a strong recovery through the end of the year”.

He commended the exporters and said going forward we need to add more value to our exports and explore niche markets, and diversify our product basket and markets. Whilst appreciating that the US and the EU are the largest markets, we need to expand our market share in Asia. The proposed Bangladesh PTA will certainly help in this regard. Export product diversification should simultaneously happen to create more billion-dollar industries in Sri Lanka.

Monthly Merchandize Export Performance, January 2020- 2022 in Millions of US$ 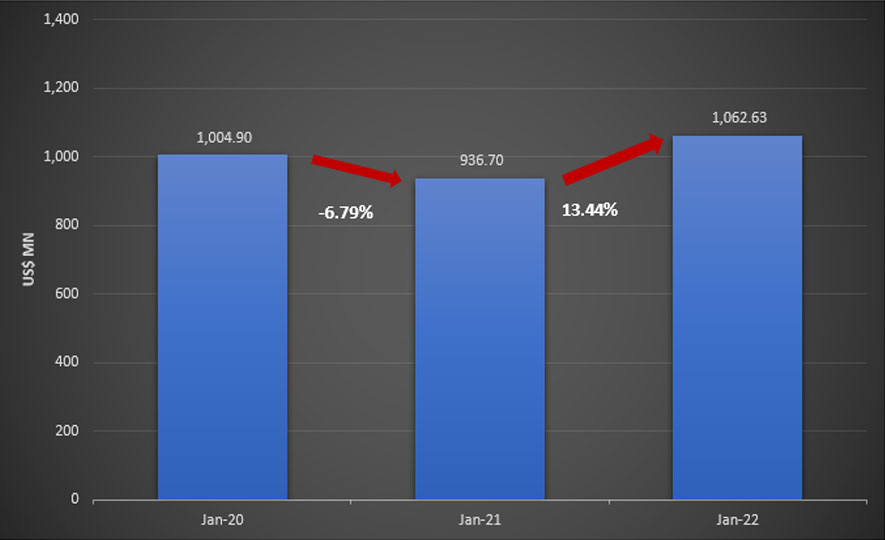 Export earnings from Rubber and Rubber Finished products have increased by 3.52 % y-o-y to $ 87.12 million in January 2022, with positive performance in exports of Pneumatic & Retreated Rubber Tyres & Tubes (4.08%) and Industrial & surgical gloves (2.62%).

On monthly analysis, export earnings of kernel products, fiber products and shell products categorized under the Coconut based increased by 40.7%, 18.97% and 26.01% respectively in January 2022 compared to January 2021. 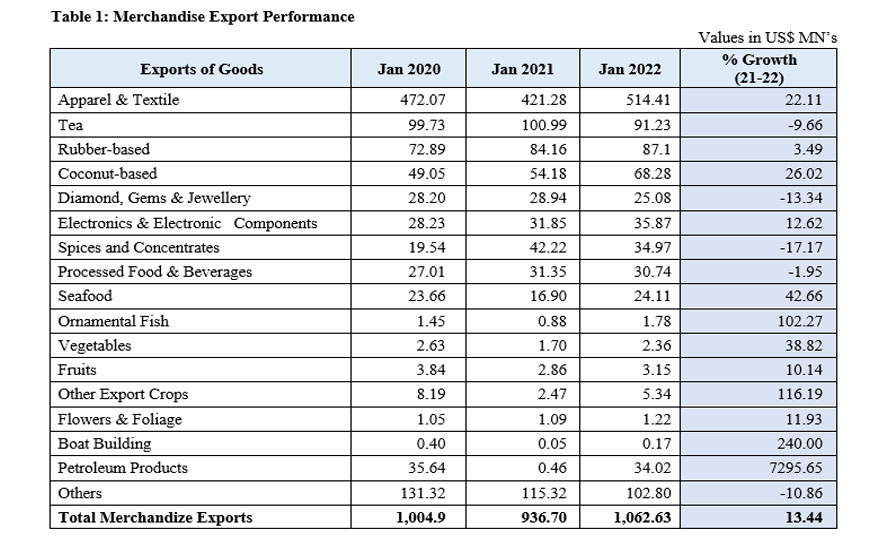 Strong export performance was recorded for the major export markets which accounted for 65% of total merchandise exports during the period January 2022. Eight markets out of top 10 markets was recorded positive performance except Italy & China.

Exports to United Kingdom as the second largest trading partner recorded an increase of 31.99 % to US$ 81.16 Mn in January 2022 compared to January 2021. This performance has resulted in the increased Exports recorded in Apparel & Textile (42.8%) and Pneumatic & Retreated Rubber Tyres & Tubes (26.32%). 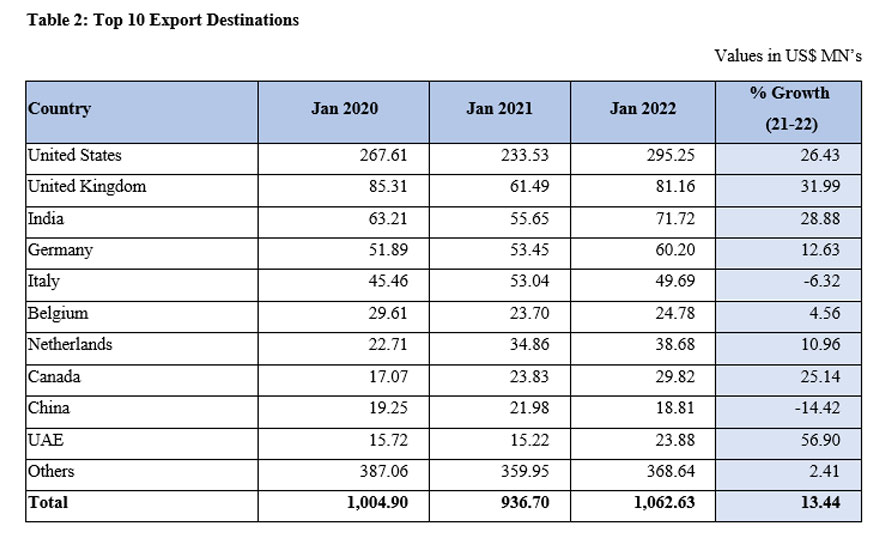 During the month of January 2022, exports to Free Trade Agreement (FTA) partners accounted for 7.2% of total merchandise exports increased by 28 % to US$ 80.31 Mn.

On a region wise comparison exports to all regions increased during the month of January 2022 compared to January 2021. 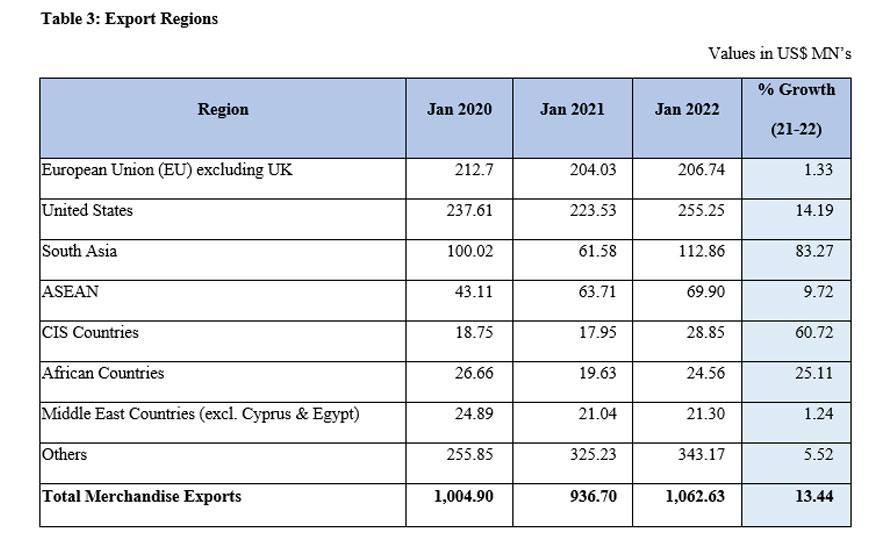 The estimated value of services exports for the month of January 2022 was 313.22 Million dollars, increasing 42.2 % over the corresponding month of 2021. The services exports estimated by EDB consists of ICT/BPM, Construction, Financial services and Transport & Logistics.