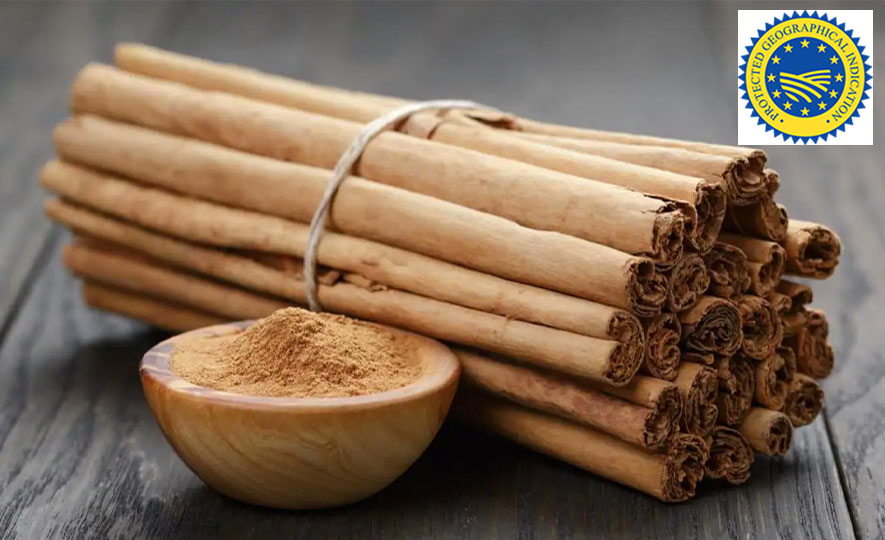 What does the PGI logo indicate?

The logo indicates the relationship between the specific geographic region and the name of the product, where a particular quality, reputation or other characteristic is essentially attributable to its geographical origin.

How was the Ceylon Cinnamon Geographical Indication (GI) certification achieved?
The outcome was a result of a decade-long, arduous endeavour led by the Sri Lanka Export Development (EDB) under the Ministry of Trade with the support of numerous public and private stakeholders.

Sri Lanka’s historical association with Cinnamon
Cinnamon was one of the earliest traded spices in the ancient times. It was a popular spice in the ancient Arab word and Arab traders have paved the way for this precious commodity to travel a long distance through the spice route to the European market. Ceylon Cinnamon belongs to the family Lauraceae. It (Cinamomum Zeylanicum Blume)is a moderately sized, busy, evergreen tree that is indigenous to Sri Lanka. Cinnamon grown and produced in Sri Lanka has acquired a long standing reputation in the international market due to its uniqueness, quality, colour, flavour and aroma.  The name Ceylon Cinnamon is derived from the former name of Sri Lanka (Sri Lanka was known as Ceylon when it was a colony of Britain). ‘Ceylon Cinnamon’ is one of the main  spices  traded in the international market and there are many uses from this golden Spice; used for Ayurvedic medicines , part of the Asian cuisine and  deployed in industries such as pharmaceutical, cosmetic, and food & bakery.

How would Ceylon Cinnamon GI benefit the economy?
GI registration has the purpose to differentiate Ceylon Cinnamon in the EU market from its substitutes of lower quality.  GI will act as a source of competitive advantage which will help to increase market differentiation, product turnover and allow for a premium price from the consumer. An enhanced competitive position of Ceylon Cinnamon in the EU market will have a positive impact in terms of an increase in exports for Sri Lanka, higher income and employment generation across the cinnamon value chain, benefiting about 30,000 stakeholders involved in cinnamon production and processing.

What distinguishes Ceylon Cinnamon from the rest?
The uniqueness of Ceylon Cinnamon is represented by its characteristics such as golden yellow to light brown colour, smooth skin, thin bark, sweeter & harsh taste and negligible content of coumarin.

Cinnamon quills, prepared by experienced peelers who follow a traditional technique unique to Sri Lanka, are of uniform thickness from one end to the other and filled with small layers of Cinnamon inside like in a cigarette. 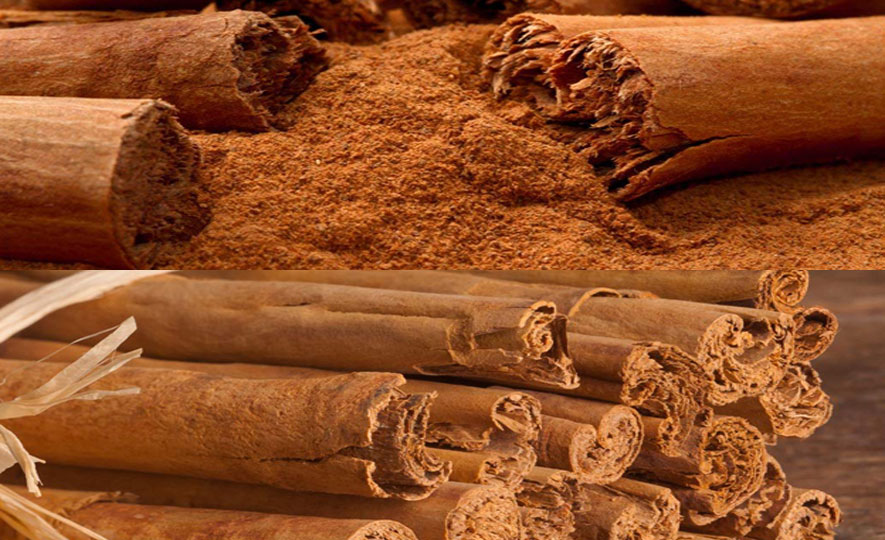 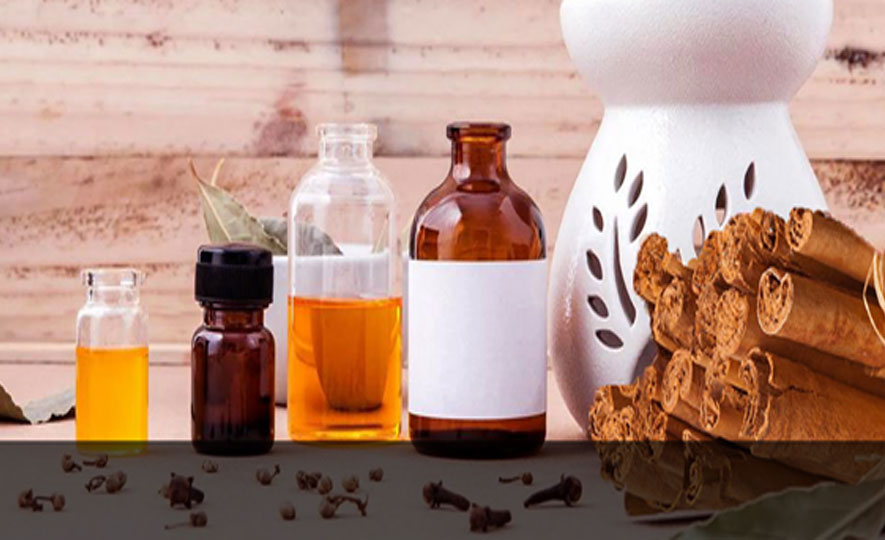 Control mechanisms to ensure compliance
Three levels of control mechanism; self-control, internal control and external control need  to be implemented and practiced throughout the supply chain by the growers, processors, collectors, traders and exporters to qualify to get the membership of the “GI Association” and to export Ceylon Cinnamon along with the PGI logo. 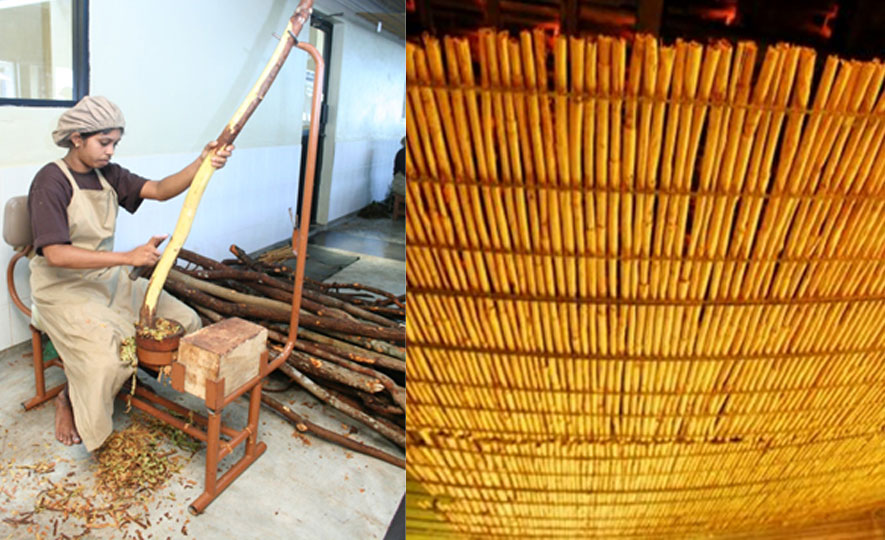 The big picture about GI
GI is a collective right of use which does not belong to one individual or particular company. It represents inclusive involvement of the supply/value chain; growers, producers, processors, collectors, traders, exporters as well as local authorities.

In obtaining GI for Ceylon Cinnamon, the following objectives are expected to be achieved: rural/territorial development, preventing the misuse of Ceylon Cinnamon name, delivering the correct product to the consumer, enabling the commercial benefit of the equity of the brand to reach all stakeholders of the industry, to achieve US$ 1.0 billion export income from Cinnamon by supplying high-quality products that meet GI standards and specifications, as well as ensuring food safety & traceability. 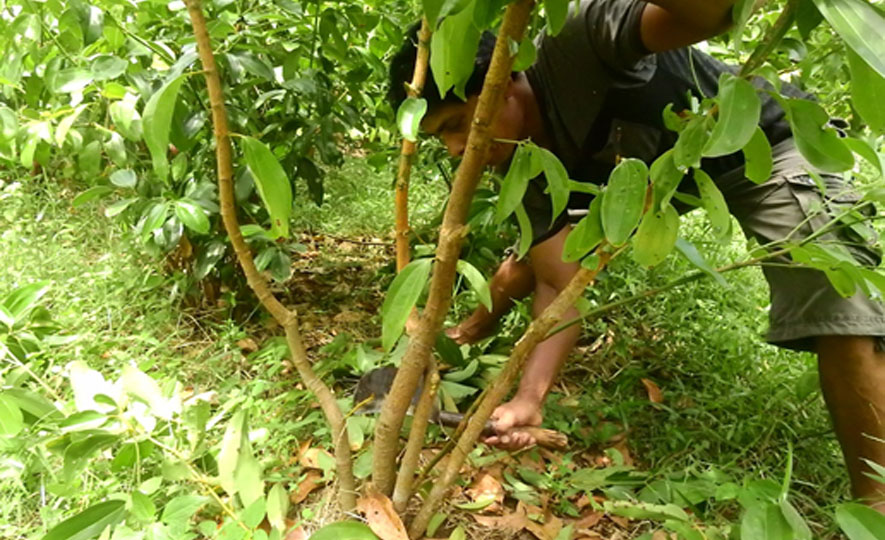 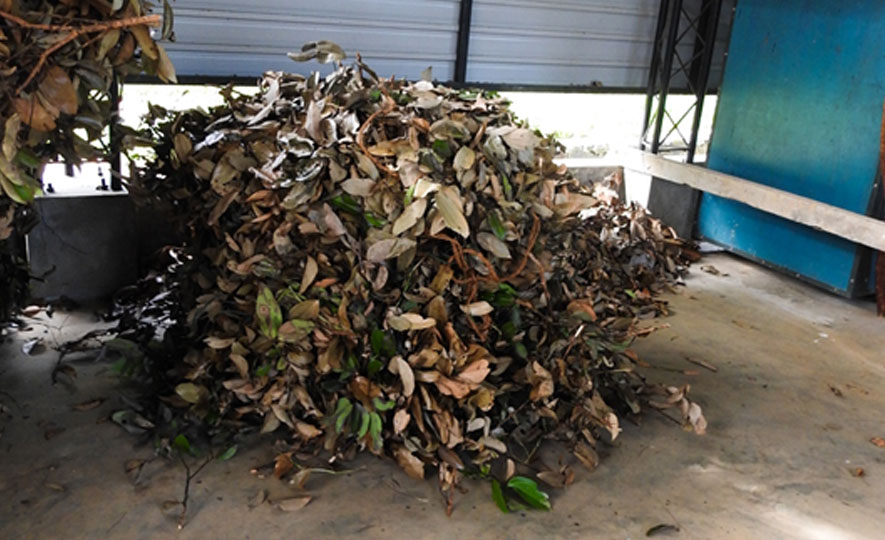 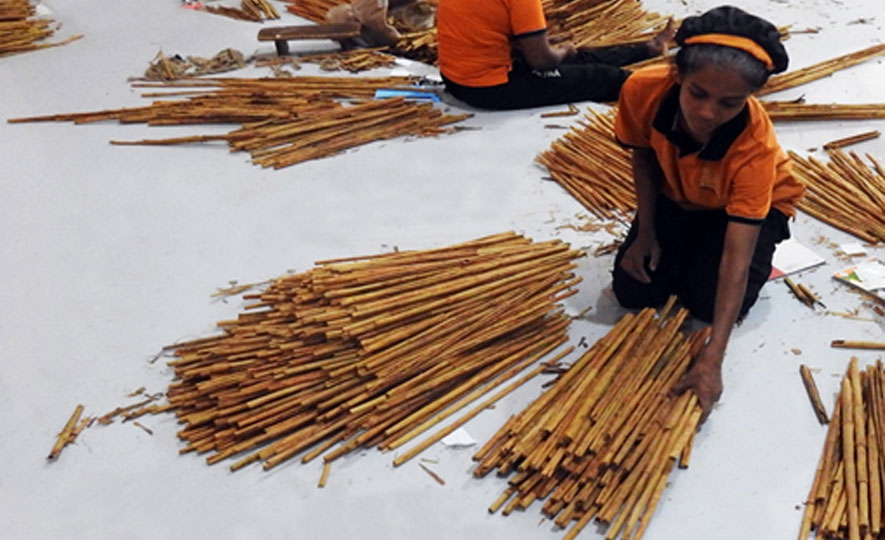