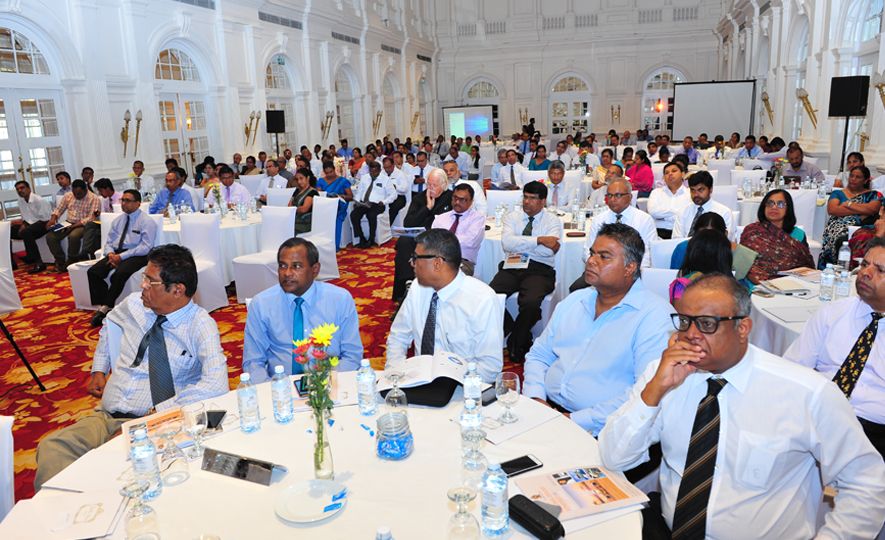 The Export Development Board (EDB) together with the Development Strategies and International Trade Ministry and International Trade Centre (ITC) held the final consultative meeting of the National Export Strategy (NES) with its line ministries and private sector stakeholders to chart the next export growth cycle of the country in Colombo yesterday.

Given the Government’s Vision 2025 to have a liberal, transparent and a simple trade policy, International Trade State Minister Sujeewa Senasinghe said that stakeholders had now got the blueprint to finalise the NES with the support of international organisations.

The five-year NES places emphasis on the diversification of exports through the strengthening of emerging sectors. The development of this strategy is a central component of the ‘EU-Sri Lanka Trade-related Assistance: Increasing SMEs’ trade competitiveness in regional and EU markets’ project, implemented by the International Trade Centre (ITC) and funded by the European Union (EU).

“Inclusiveness was the main theme in creating the NES. We wanted the private sector to get involved in this process. Within nine months we have come to the end of the consultation meeting and are in the process of providing the final document,” he added. In addition to the six focused areas of ICT - wellness tourism, spice concentrates, boat building, processed food and beverages and electronic and electrical machinery - he said they also had four Trade Support Functions (TSF) including national quality infrastructure, innovation and R&D, logistics and trade promotion. 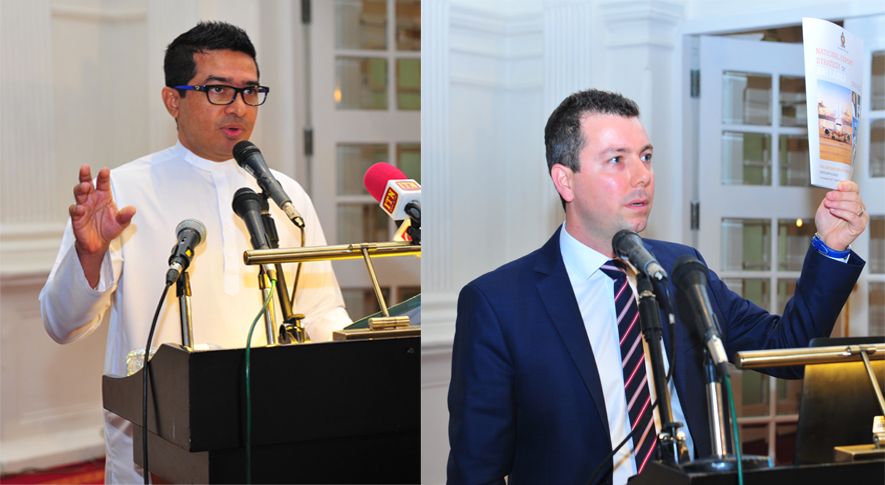 “This will enable us to have a more concentrated focus on our targets as well as on industries. In relation to each sector, one of the main objectives of the consultations was to seek answers to three questions including the current status, future goals and actions to reach the destination. Solutions to these queries are expected to strengthen these sectors and contribute to innovative export-led growth,” he emphasised.

However, the State Minister stressed that the successful implementation of the NES depends on the capacity and willingness of all public and private stakeholders and urged to contribute, collaborate, own and drive towards a common national objective.

“Priorities need to be implemented at the earliest possible opportunity,” he said.

He asserted that they managed to get some of the main aspects included in the 2018 Budget proposal and believe that the next Budget will have a great effect on NES findings.

Senasinghe believes the NES will be the future of Sri Lanka’s export-led growth trajectory despite Government changes and will continue as the national policy for exports in line with Vision 2025.

“It (NES) may not be perfect, but I think it is close to perfection,” he stressed.

“Under the guidance of the ministers, a NES Management Unit will be set up in the coming weeks which will entirely focus on implementation, monitoring and following up on the progress. The unit will be headed by a team with specialised project management skills,” she added.

The Ministry Secretary said since the kickoff meeting in April, the stakeholders had several meetings where there was close collaboration with the private sector.

“The consultative process led public sector institutions and private sector enterprises to design a common and agreed plan aimed at greater diversification, innovation and productivity increase. The focus on some of these setors will help to invigorate rural economies and create new employment opportunities and help achieve the target of $ 20 billion export revenue by 2020.”

The Prime Minister’s Policy Development Office Director Dr. Nandaka Molagoda revealed that the International Trade Ministry, EDB and the responsible national planners had a meeting recently at the Treasury to finalise the monitoring and implementation of the NES mechanism.

“On behalf of the Prime Minister’s Policy Development Office, we are pleased that the Government was able to give top priority to the export sector, which is also in line with Vision 2025,” he stated.

Dr. Molagoda also said that the 2018 Budget has allocated resources for the implementation of the NES.