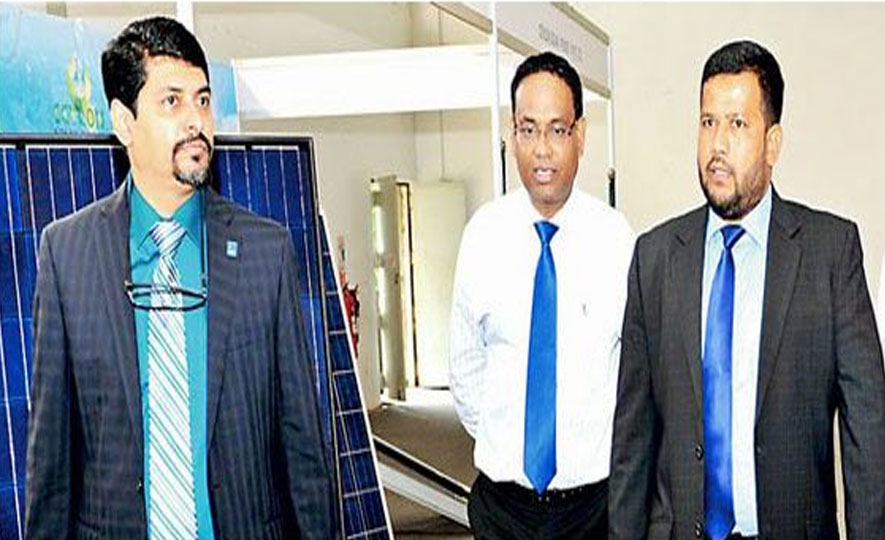 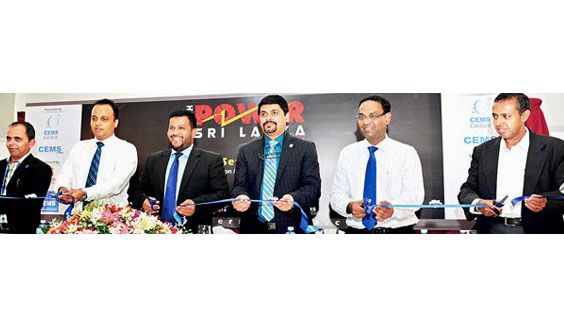 “As our industries were affected during last year’s power price hikes, to support them my ministry has launched Sri Lanka’s first ever Industrial Estate Energy Efficiency Program recently. The selected manufacturers will reduce their annual energy usage by as much as 20% by the end of this year,” said a satisfied Rishad Bathiudeen (Minister of Industry and Commerce of Sri Lanka) on 25 September in Colombo.
Minister Bathiudeen was addressing the inauguration event of ‘12th POWER Sri Lanka 2014 International Expo’ event held at Sri Lanka Exhibition and Conventions Centre, Colombo on 25 September. An important event in Sri Lanka’s Power & Energy sector, this series of exhibitions has also been annually organised in Bangladesh and Indonesia. According to the organiser CEMS Global, it acts as a singular B2B platform bringing all power and energy industry stakeholders together, as well as a networking event. 12 Indian, Chinese firms and more than 15 Sri Lankan firms showcased their products in Colombo. The exhibition successfully concluded on 27 September.

“This series of exhibitions bring world-class technology to Sri Lanka to upgrade our Power & Energy sector and also plays an important role by assembling all the stakeholders under one roof creating a rare and, one-of-a-kind, networking opportunity in the sector. Increasing use of off-grid power is a great need at this moment, not only to reduce consumption expenditure but even to reduce transmission load,” said Minister Bathiudeen, and added: “I am given to understand that, the concurrent exhibition ‘Renewable Energy Sri Lanka 2014 International Expo’ encourages investment in this sector to generate power from renewable sources. This concurrent exhibition therefore could be useful to understand the importance of, such off-grid efforts too.
“More importantly we believe that significant progress could be made in our, Power & Energy sector through successful, public-private partnerships to accomplish the development vision of HE the President Mahinda Rajapaksa. Apart from Power Generation I also see a definite need for our entrepreneurs to look into the power transmission sector which is being not looked into very well.

“As our industries were affected during last year’s power price hikes, to support our industries, my ministry at a cost of $ 39,000, has launched the first ever Industrial Estate Energy Efficiency Program recently. Based on applications we selected 15 manufacturers including Brandix, Phoenix, Lankem, GTB Steel MRS India, from our industrial estates, for this improvement program. I am pleased to say that 11 of these companies have been successful in all the criteria, in the program.
“They will reduce their annual energy usage by as much as 20% on average from the end of this year. Due to this success, we are now thinking of doing another round of energy efficiency for our industries. As the minister in charge of industries, on behalf of all our industries, I also wish to thank HE the President Mahinda Rajapaksa, for giving 25% reduction on electricity bills.”

“Slowly we are getting off from the burden of expensive oil powered electricity generation. As for my personal opinion what stands in the way is the tariff, and load curve in the night peak 6:30 p.m. to 9 p.m.,” said Professor Kapila Perera, (Vice chairman-Ceylon Electricity Board) addressing the event, and added: “We have 5.4 million customer-bases, which translates to 96% of households of Sri Lanka. We have bigger plans as for ‘Sri Lanka Unstoppable 2020’. By 2020 we are aiming for 6500 Mw capacity, 22% of which will be from renewable energy.”