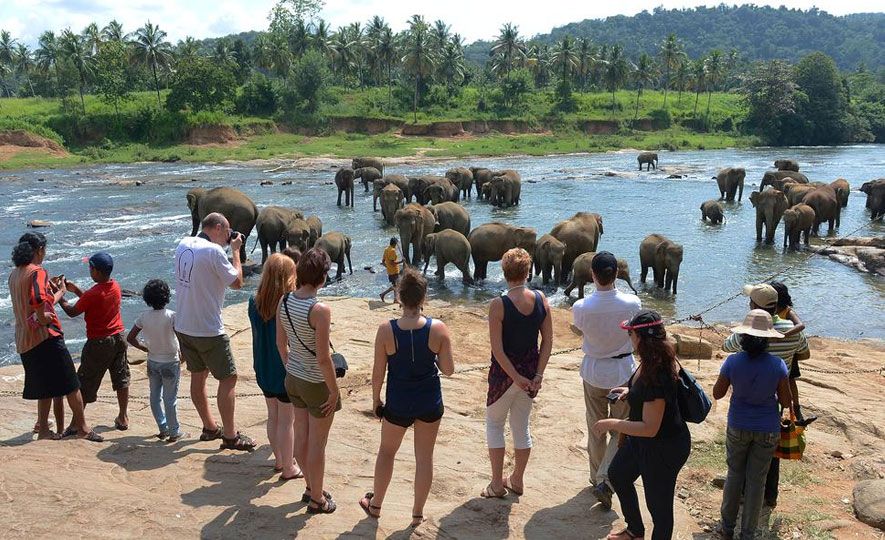 A special promotional package for Indian tourists has already been initiated in this regard. Taking part at the official launch of the said campaign recently, Sri Lanka Tourism Promotion Bureau (SLTPBM) Chairman, Kishu Gomes said that the marketing plan started at the beginning of this year will continue beside the other promotional campaigns decided to be implemented after the Easter attacks.

He further explained that industry leaders are planning to take part in 25 more trade exhibitions in countries that haven’t been targeted so far. It was also decided to take part in roadshows in 18 countries and also be involved in nine other consumer engagement activities.

More concern is also to be given to other countries from which fewer or no tourist arrivals are reported to Sri Lanka, with plans to visit these countries and bring all the travel agencies, media and other relevant tourism parties to one platform and make them aware of Sri Lanka tourism.

Special Cabinet approval has also been given to conduct promotional activities and thus, the J. Walter Thompson (JWT) advertising firm is to join with SLTPBM for six months to conduct a special advertising campaign about the country, focusing on areas that should be promoted and aimed at the necessary countries. Also, the support of a PR company has been enlisted with Cabinet approval, and the total investment for these initiatives would be Rs 500 million and Rs 415 million, respectively.

Further focusing on youth travellers, a special digital marketing campaign is also being conducted based on social media, blogs, etc.

Gomes also pointed out that the head of the Lonely Planet publication has accepted an invitation to visit Sri Lanka to assure consumers of the safety of the country. He also revealed the SLTPB’s plans to organise a tourism festival towards the end of July and the beginning of August, focusing on Colombo and other tourist sites in the country. Some iconic figures will be invited for this event, through which it is planned to promote Sri Lanka as a safe destination to visit again.

“We are aware that Sri Lanka has the potential for tourism with all sorts of products ranging from culture, heritage, wildlife, beaches, home stays to seven-star hotels. Belgium, China, Denmark, Germany, India, Italy, the Netherlands, Sweden, Switzerland, etc, have already lifted their travel bans to Sri Lanka and updates are being done by other countries as well,” stated Gomes.

Gomes also pointed out that they are planning to convert ‘Ape Gama’, which is highly underutilised, into a night market from 9pm to 2 or 3am. Minister of Cultural Affairs, Sajith Premadasa has also agreed upon the proposal and more discussions in this regard are being carried out.

Minister Tourism Development, Wildlife and Christian Religious Affairs, John Amaratunga, who was presented at the launch, urged relevant authorities to look into the night life and casinos available in hotels and in Colombo to attract young Indians. He pointed out that many Indian authorities complain that there aren’t sufficient entertainment activities in Colombo to make it a happening city. He urged the President of The Hotel Association to consider the matter of opening up more casinos.

The lack of entertainment in Colombo has turned many Indian travellers towards alternative destinations like Thailand, Malaysia and Indonesia.

He further added that it was hard to handle commodity markets like Russia, as nobody was earning from them. “But when you take the European markets like Scandinavia, France, the UK, etc, they are more experience-based and it is no matter in investing them for new products.”

“Thus, as there aren’t any good products to suit the Indian market, companies investing in new products for this market will take a long time to generate returns. For Indians, if the product is five dollars less, they will move with that. So other than the Ramayan Trail, Indians also like to visit Kandy, Bentota and also casinos.” However, Perera pointed out that these casinos and night life wouldn’t come in the short term.

Sri Lanka Airlines Holiday Manager, Buddhika Hewawasam also pointed out that it is necessary to have some plans for transit tourists, as well about 400,000 transit tourists staying in at the airport for around 8-24 hours. These tourists couldbe a good source of a short-term gain for tourism.

Gomes further added that in May, we had an overall decline of 70.8 per cent in tourist arrivals. After that, the average tourist arrivals in May were 1,300 per day, but in June, it increased to 2,000, which is a significant recovery. According to his estimation, if the tourist arrivals mark is at 20 per cent less than last year, which is 2.3 million, we could be optimistic of the industry’s revival.