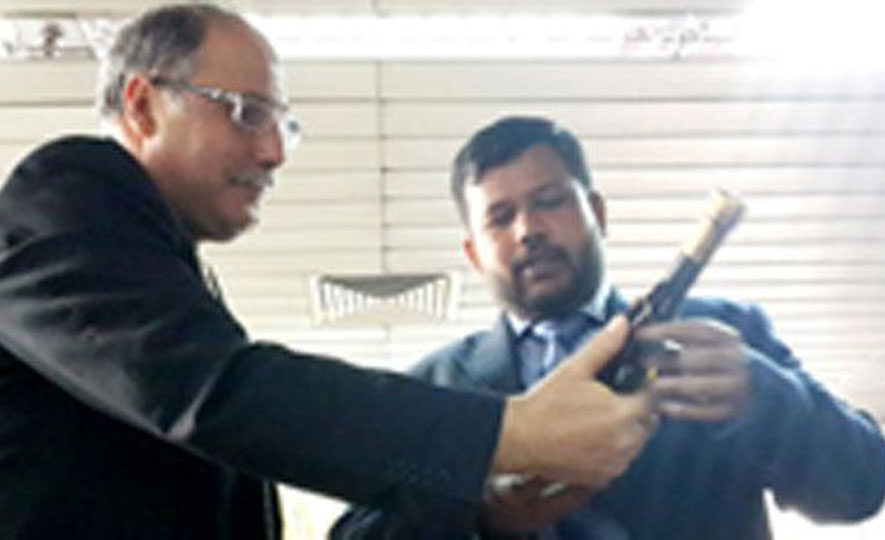 Tunisia, the fifth phosphate producer in the world and a high end, high speed apparel supplier to European fashion world is showing a new opening for Lankan apparel supply chains. And Tunisia is agog over Sri Lanka’s growth rates. “We are almost taken up by your strong GDP growth rates that exceed 6%. I congratulate Sri Lanka for its spectacular growth. When you specially compare with the world economic growth rate, it’s such a leading rate” said Tarek Azouz, Ambassador of Tunisia to Sri Lanka on Wednesday (10).

According to the Department of Commerce of Sri Lanka, bilateral trade between Sri Lanka and Tunisia does not show a growing trend or a regular pattern during the past five years. The overall trade transaction between the two countries is almost negligible, at less than one million Dollars ($ 0.64 Mn) in 2012. The main exports from Sri Lanka are rubber products, garments and tea.

“We are working towards getting down a Tunisian delegation to the forthcoming CHOGM sessions in Colombo. We get our Tea supplies from Sri Lanka and we prefer Ceylon Tea simply due to its high quality. Besides Algeria, we are the other supplier of Golden Deglet Noor dates to the world.

"We are now looking to enter into MoUs with various business and commerce chambers in Colombo so that bilateral trade linkages can kick-start through exchange of business delegations. We intend to show around our well-known technology, biology and pharmaceutical parks located in provinces to visiting Sri Lankan delegations.

"Due to our close proximity to EU markets and the trade arrangements with EU due to the EU-Tunisia Association Agreement, the high-end garments and apparel we export are manufactured based on the Just in Time (JiT) practices and within three days of their production, the apparels are available for sale in the counters of most European fashion retailers!

"Also, since Tunisia is a virgin market for Sri Lankan exporters, you can involve Tunisia as part of your export market diversification plan” said  Azouz and added:  “Tunisia is going through the first wave of liberalisation and privatisation process. We invite Sri Lankan apparel manufacturers to come into joint ventures with Tunisian apparel producers and use our close proximity to EU and our Just in Time apparel practices to increase their access to EU markets in such short (turnaround) times.”

In 1995, Tunisia became the first Mediterranean country to sign an Association Agreement with the EU. As a result of the agreement, a Free Trade Area (FTA) between EU and Tunisia came into being in 2008 for industrial products, which in turn, includes apparels.

Minister Bathiudeen, addressing  Azouz, said that with  almost negligible trade level between both countries, each other’s markets are virgin markets with vast development potential and therefore the unrealised trade potential is huge. The Minister further said that as fertiliser is being imported to Sri Lanka at high cost, Sri Lanka would welcome keen Tunisian investors and phosphate producers to Sri Lanka for ventures here to produce fertiliser at low costs.

Tunisian phosphate sector is ranked as the fifth largest in the overall global phosphate industry and Tunisia is also considered as a leading country in mineral fertiliser production.