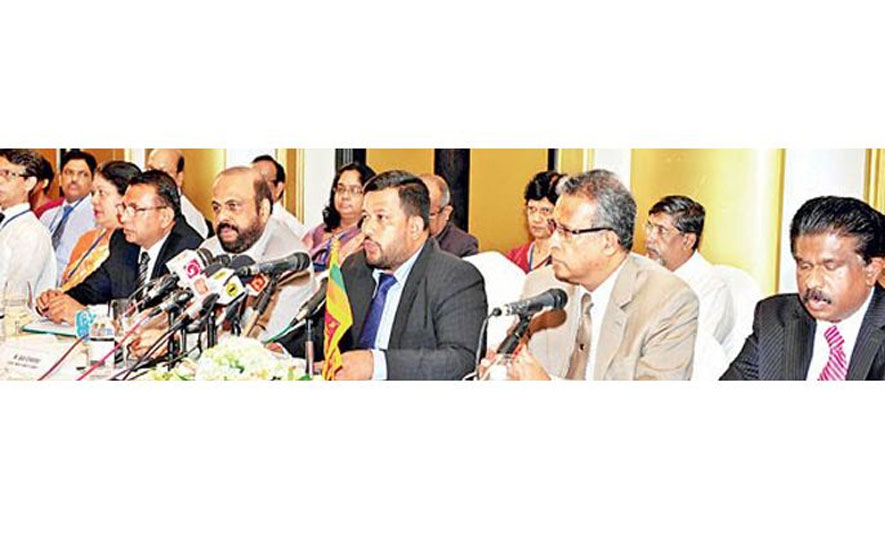 Talks under the Sri Lanka and US Trade and Investment Framework Agreement (TIFA) concluded yesterday in Colombo, reiterating the commitment to foster greater bilateral economic engagement.
“The US-Sri Lanka Trade and Investment Framework Agreement (TIFA) is the premier dialogue for managing bilateral trade and investment relationship between both countries. This relationship amounts to $ 3 b” said Michael Delaney, the visiting Assistant United States Trade Representative for Central and South Asia yesterday in Colombo.

Delaney, who is leading a 10-member official delegation to Sri Lanka, was addressing the 11th Joint Council Meeting (JCM) under the US-Sri Lanka Trade and Investment Framework Agreement (TIFA) at the Taj Samudra, Colombo. 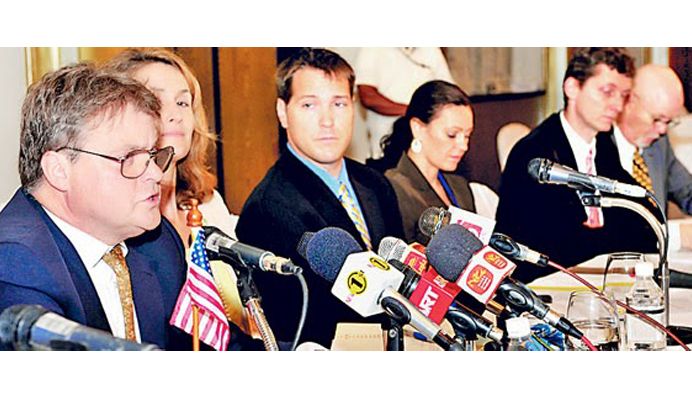 The 15 October technical session was co-chaired by Trade Representative Delaney and Ministry of Industry and Commerce Secretary Anura Siriwardena). Twenty-seven delegates from the Sri Lankan side, including reps from the Ministries of Industry and Commerce, Agriculture, Economic Development, Labour Relations, Civil Aviation, Petroleum Industries, Investment Promotion, Highways, Ports and Shipping, External Affairs and Finance and Planning, as well as Sri Lanka Customs, Ports Authority, Sri Lanka Tea Board, BoI and EDB were in attendance.

After the conclusion of the session, a joint message by both Sri Lanka and the US on the 11th United States and Sri Lanka TIFA Joint Council Meeting was issued, which stated:
“Senior officials from the Governments of the United States and Sri Lanka met today to continue their trade dialogue and evaluate progress under the United States-Sri Lanka Trade and Investment Framework Agreement (TIFA). The officials discussed a wide range of trade and investment issues including market access, the US Generalised System of Preferences (GSP), labour, trade promotion efforts, intellectual property rights, agriculture, and sector-specific investment challenges. Progress on all of these trade and investment issues fosters economic growth, thus providing a strong foundation for inclusive economic development.

“During the TIFA Council Meeting, both parties took note of progress made in the subcommittee working group on labour. The TIFA process encourages public and private sector dialogue and facilitates private-public partnership conferences, business opportunities, events and investment fora on the sidelines of TIFA official meetings. Following this tradition, the US-Sri Lanka Business Forum will be held at the Ceylon Chamber of Commerce at 10 a.m. on Thursday, 16 October.”

At the morning’s opening session, Trade Representative Delaney said: “Being the premier dialogue channel, we attach considerable importance to the TIFA and in our view, over the years TIFA has proven that it has been successful in deepening our economic relationship. The US greatly values our trade and investment relationship with Sri Lanka. That relationship is responsible for a lot of beneficial things and is hundreds of years old. Today we in this room have been entrusted to manage this relationship and take the necessary measures that will enable it to continue to grow. Our economic relationship is about creating employment and prosperity for both our countries. We have accomplished much and we can do so much more. Today we have a diverse agenda of issues to work through and let address ourselves to this task, and grow our economic relationship.”

Bathiudeen, delivering his inaugural address at the morning session, said: “We are pleased that this is the fourth occasion Delaney is visiting Sri Lanka. It is with satisfaction that recall as to how you generated support of the US Government for Sri Lanka’s Conflict Affected Widows Project and facilitated a significant monetary contribution for project commencement, thereby uplifting their lives. I am happy to note that a US business and investment team is now in Colombo on the sidelines of TIFA talks. My Ministry will be hosting the US-Sri Lanka Business Forum in association with the Ceylon Chamber of Commerce and AMCHAM Colombo, followed by B2B meetings.

“Today’s senior officials’ meeting will cover many important aspects, thereby opening the door to jointly explore new opportunities in trade and investment. TIFA has become a very effective mechanism for the two governments to advance trade and investment interests, since it began in 2002. As Sri Lanka takes on a journey to become the economic hub of South Asia, it is clear that TIFA’s importance will continue to grow.
“Thanks to the visionary leadership of President Mahinda Rajapaksa, Sri Lanka is now on a journey to become an upper middle income country in the near future. Sri Lanka is reporting stronger GDP growth and modern infrastructure facilities, as well as a better positioning to become the economic hub of South Asia. Due to our strategic location, the proposed five hubs plus tourism strategy, the new port and airport infrastructures, and our connectivity, our international trade is improving.

“As for bilateral trade, the US is the single largest buyer of our exports since 1979. Seen from our side, bilateral trade between both countries increased by a strong 21% to 2.8 billion dollars in 2013, compared to 2012; the US absorbs 23% of Sri Lanka’s annual total exports, of which 73% comes from high-end apparels. Sri Lanka also has the most liberal investment climate in South Asia. According to the Washington-based Heritage Foundation’s Index of Economic Freedom of this year also, Sri Lanka has maintained its commanding position as the most economically-free nation in South Asia.

“The US is an important source of Foreign Direct Investments to Sri Lanka. So far there have been more than 220 US investment projects to the value of around $ 400 million. Speaking of investments, I understand that the US Export Import Bank has renewed its partnership with Sri Lanka after almost a decade. Through its facilitation, a US company has invested $ 65 million in a water supply project in Badulla District. I invite other US investors to make use of Export Import Bank’s benchmark initiative for infrastructure development projects in Sri Lanka.”