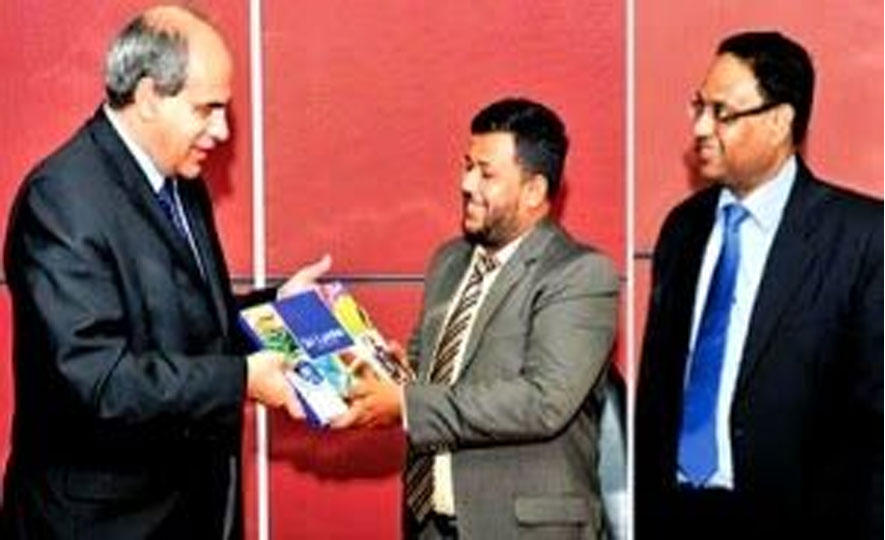 dustrial economy billed as the Tetra Tiger due to its high growth, has revealed for the first time that it wants to synergise Lanka's historic FTAs to penetrate South Asia, and it is also readying for new bilateral efforts of high capacity across the board-in Lanka's wheat production, energy and even defence.

"Our aim is to make Sri Lanka our business and investment platform to South Asia. There are many Slovakian manufacturers ready to invest here, produce and export to South Asian markets using your FTAs with India and Pakistan," said Peter Burian, State Secretary of the Ministry of Foreign and European Affairs of the Slovak Republic recently.

V4 stands for Visegrád Four (or Visegrád Group) -an alliance of four Central European states of Czech Republic, Hungary, Poland and Slovakia who grouped as V4 in 1991 to further their EU integration and was also called as the 'Tetra Tiger' due to its raging GDP growth up-to 2007. State Secretary Burian was making a courtesy call on Minister Bathiudeen with two members of his official delegation to Sri Lanka. Joining Minister Bathiudeen at the in-depth discussions were Bandula Egodage (Chairman & CEO-EDB) and other top EDB officials.

"Our intention is to renew trade with Sri Lanka. It is time to leverage the political friendship and understanding between both countries towards trade and investment promotion at both sides. We have something to offer in every aspect of Sri Lanka's five hub development strategy," said State Secretary Burian.

"We are very interested in SME and industrial cooperation with Sri Lanka-there are many Slovakian manufacturers ready to invest here, produce and export to South Asian markets using your FTAs with India and Pakistan."

"Our main export to Slovakia is apparel. With the efforts of my Department of Commerce and EDB, we have diversified our exports to Slovakia beyond apparel, with tyres, coconut fibre, rubber tubes and other textile articles. Still there is great, unrealised trade potentials that we need to explore since $ 21 million total trade shows that we are largely virgin markets to each other. And since 95% of our exports to Slovakia are our apparels, we invite Slovakian investments to this sector as well."

Minister Bathiudeen said, "We import almost 900,000 metric tonnes of wheat annually and therefore your support to kick-start our wheat production could save our foreign exchange considerably."