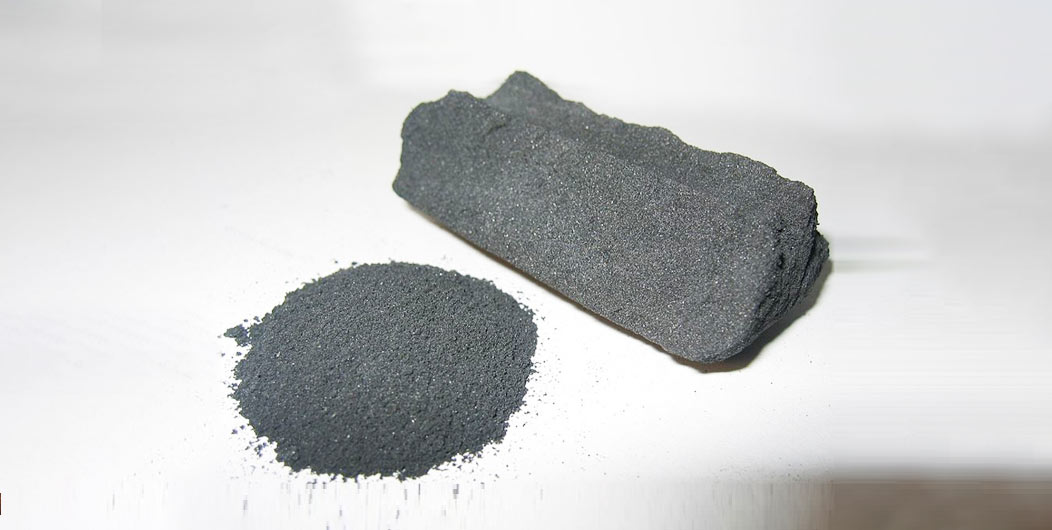 Activated carbon (AC) was first discovered by the Egyptians in 1500 BC, where its properties of absorption were used for purification and medicinal purposes. However, these potentials of activated carbon were first commercially capitalised during the First World War when it was used in gas masks to filter away toxic gases. The first AC production plant was commissioned in Germany and was used for sugar refining and was later used for wastewater purification.

Activated carbon is available in powdered and granular form each type intentionally produced with a large internal surface to help absorption. Its random, imperfect and highly porous atomic structure, which is unlike other carbon and graphite, makes it easier for activated carbon to absorb a wide range of impurities from liquids and gases.

In Sri Lanka, coconut shells are one of the primary manufacturing sources of activated carbon. Coconut shells are a byproduct of the coconut oil and desiccated coconut industry. Activated carbon made out of coconut shells has a high density, purity, and is virtually dust-free. It is better at absorbing contaminant molecules, including trihalomethane, pesticides, herbicides, and volatile organic compounds in water and other substances.

In addition to coconut shells, rice husks are also used to produce activated carbon. The rice husks are washed to remove dirt or any other contaminants. Then they are grounded and sieved to fractions with an average particle size of 1.0mm and carbonised at 400°c under a nitrogen flow. The resulting product is then saturated with NaOH before drying. Preparation of AC using rice husks is also a low-cost production method used in rice-producing countries.

Tires are also used in the preparation of AC. They are manufactured through methods of chemical activation. The precursor is infused with a dehydrating reagent and carbonised in an inert environment. This method has a lower energy consumption since heating the active agent is not required.

Activated carbon can be prepared through the two-stepped pyrolysis process, namely, carbonisation followed by activation. The carbonisation process is carried out in an inert nitrogen gas atmosphere at a temperature of 450°c, followed by an activation process in an ammonia-based atmosphere at various temperatures. The etching process occurs during the pyrolysis process within the ammonia atmosphere and aimed at obtaining a larger surface area in the activated carbon.

The physical activation process is carried out using Carbon Dioxide. After primary carbonisation, the produced charcoal would react with an oxidising mixture of gases and steam. It further involves diffusion of these agents to the pores, sorption to the pore surface, and the desorption of the reaction products and the distribution of these products to the atmosphere.

Chemical Activation occurs at a relatively lower temperature when compared to physical activation methods improving the pore development in the carbon structure. Various scientists have researched chemical activation using ZnCl2 and H3PO4. These chemicals are said to retard the formation of tar during the activation and help the carbonisation process.

Activated Carbon has many uses in today’s life across many industries. From water management to medicine, food and beverage manufacturing and refinery the demand for pure quality activated carbon are on the rise.

Activated carbon is a strong water purifying agent. It’s large surface area, and porosity supports high absorption capacity. AC has varied surface characteristics. These characteristics play a significant role in the absorption of impurities. It can get rid of the total suspended solids and the biological oxygen demand effectively by over 99% to 1mg/l and also improve the taste and the odours of drinking water. As a result, AC is used in the manufacturing of many water filter related products.

Activated charcoal also helps to purify gases and air. The gas mask is an excellent example of how AC removes impurities off from the air and protects the wearer. AC is also used in air conditioning units and exhaust fans to get rid of unwanted odours and harmful substances.

Activated carbon has been used in the food and beverages processing industry for centuries. Charcoal was first used by the English in sugar refineries in 1794. Today, in addition to the treatment of sugar solutions AC is also used for a wide range of applications from the treatment of edible oils and fats, wine processing, fruit juice manufacturing to the colouration of food.

AC is also used to remove dissolved organic compounds and control odour and taste. When treating glucose and starch solutions like dextrose and fructose carbon help to remove the colour and high molecular weight substances. Colour precursors like HMF are also treated by steam activated carbon.

Activated Carbon is widely used as an antitoxin in the medical field. It can rapidly alleviate the effects of poison or over-consumption of stimulants and assist with digestion and sensitive alimentary conditions.

Activated charcoal is also used in the treatment of cholestasis during pregnancy and is used to lower cholesterol levels. It plays a vital role in an anti-flatulence treatment before abdominal radiography procedures. When treating kidney disorders, AC is also used as a filtering medium absorbing toxin and preventing potentially life-threatening contaminations. Counter stomach remedies involve AC as an active ingredient as it assists in purifying digestive tract liquids and helps to control flatulence.

Activated carbon is a common ingredient used in the cosmetic industry. It performs the function of purifying the skin in most beauty care products. Dentally, it supports teeth whitening. High porous activated charcoal helps to draw toxins out of the skin. It is also used to manufacture peel-off masks which are usually mixed with ocean mineral activators and are used to cleanse the decollete by absorbing the dust particles and opening clogged pores.

Activated carbon is the main ingredient used in the recovery of gold across time. It is used to absorb gold directly from the cyanidation pulps. An interesting characteristic of AC is its ability to function with unimpaired efficiency in foul cyanide solutions. Cyanide is also one of the few chemicals that react with gold as gold is a noble metal. Sometimes physical absorption methods of AC are used in this process.