Coffee from Sri Lanka – the Sri Lankan Beverage before Tea 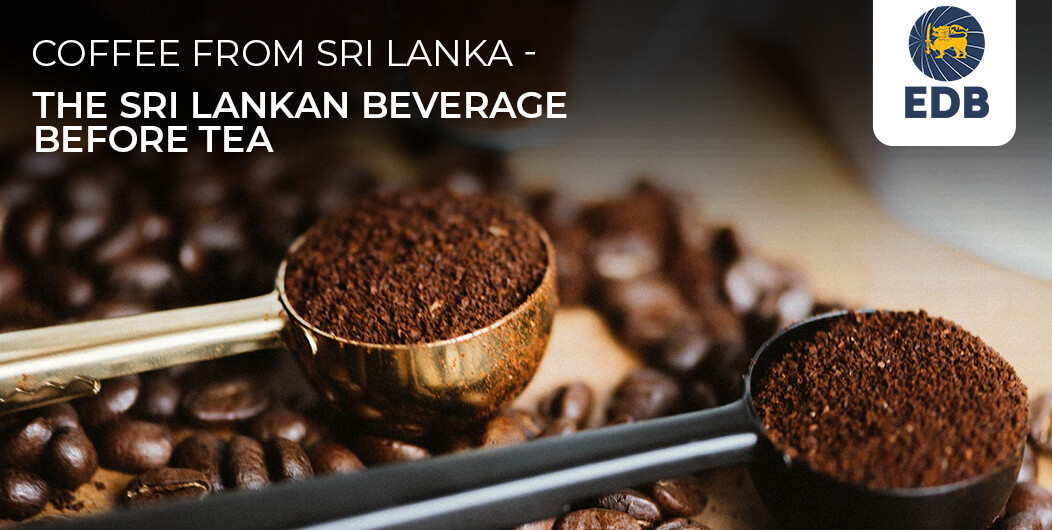 Today, Ceylon Tea is a global household brand. But what about Ceylon Coffee? Well, the Ceylon Coffee era had practically ended by the time tea cultivation began in Sri Lanka.

Tea was one of the replacement crops experimented on in colonial Sri Lanka, when Coffee Rust, a fungal disease, devastated Sri Lanka’s coffee cultivation almost completely. But hope isn’t all lost on Ceylon Coffee because an amazing story of revival is being written as we write this. Maybe, in a decade or so, Ceylon Coffee will regain its glory lost a century and a half ago perhaps in a vastly different way.

The Ceylon Coffee era dawned around 1780. The planting of Coffee as a commercial crop in Sri Lanka was started by the Dutch and then the British took it over. The planters drew great support from the colonial government and continued to expand the plantation of coffee. They experimented with Ceylon Cinnamon as a cash crop too, but soon it dawned on them that they’d build a fortune with coffee.

Development infrastructure and logistics and clever systems for managing plantations soon gave rise to large-scale commercial production. By 1863, the value of coffee imported into Europe amounted to £270 million, and Sri Lanka was exporting nearly a third of that. By 1870, Sri Lanka’s coffee production peaked with over 275,000 hectares being cultivated while the local tea industry was in its infancy.

In 1869, the first recorded epidemic of coffee rust (caused by the fungus Hemileia vastatrix) broke out in ancient Sri Lanka, then known as Ceylon. Between 1869 and 1985, the disease spread from Sri Lanka to practically every coffee-growing region in the world.

The blight wrought massive devastation on the flourishing coffee plantations. The leaves, drained by the fungus, shrivelled and shrank, and finally fell from the trees, leaving in many cases the exposed berry to shrink and droop. Some landowners saw their fortunes dwindle rapidly, but others managed to reallocate capital and invest in tea. And the extent of land under coffee cultivation shrank to a measly 11,392 acres by the 1900s from the peak of 275,000 acres in 1870. The coffee era drew to its end before many had realised what devastated it.

The colonial government hired a British botanist, Harry Marshall Ward, to look into the causes behind the Coffee rust. He showed that fungus spores were carried by the wind and recommended growing trees between plantations to reduce this; he also strongly advised against the monoculture and recommended planting different cultivars of coffee that'd withstand it.

By the 1990s, it seemed that the coffee rust was largely under control. But, in Sri Lanka, 1988 saw a coffee production of just 4,109 tons, the lowest during the period between 1961 to 2013 in stark contrast to 25,575 tons of coffee produced in 1967. But, circa the mid-1990s, a resurgence of Ceylon coffee started brewing. Over the past decade, Sri Lanka’s coffee culture has caught on, especially in Colombo and in other major cities. Coffee shops and coffee corners are never deserted as people seek to savour multiple coffee flavours and take comfort in coffee chats.

Situated nearly 1900 metres above the sea level and shielded from the worst of Sri Lanka’s summer monsoon, when floods hit the southwest, and too far inland for the winter monsoon, Nuwara Eliya and much of the surrounding countryside receive steady rainfall throughout the year. It’s the perfect terroir for the cultivation of coffee, which, when processed and roasted properly, produces a mellow if earthy cup with unmistakable notes of black pepper.

The varieties of coffee grown in Sri Lanka are mainly Arabica coffee, Robusta coffee, and Liberica coffee. The last isn’t, however, considered to be commercially important.

A major coffee variety with Ethiopian roots, Arabica coffee favors regions of cooler climes with higher (over 800m) elevations. Owing to its high-quality flavour and aroma, Arabica coffee fetches a higher price in the market. Among the high yielding varieties of Arabica coffee in Sri Lanka include the following:

Another major coffee variety with an African origin, Robusta coffee is grown mainly in wet and intermediate zones up to 800m in elevation. Among the newly released varieties of Robusta coffee in Sri Lanka are:

Liberica or Liberian coffee has a relatively bitterer taste, but there is demand for it in Malaysia and Middle East countries.

This speciality coffee market is dominated by Arabica coffee. Single-origin, smallholder cultivated, high elevation grown, washed, honey or naturally processed specialty coffees are loved by coffee aficionados. To determine whether a given sample of coffee is an official specialty coffee, it must be analysed and tasted the same way as wine or tea. This analysis is called a “sensory analysis” or “coffee cupping” and if it scores above 82 points are speciality coffees that fetch US$ 5 and above per kilogram of unroasted beans. Internationally cupped Sri Lankan coffees from different local roasteries have scored above 86 points with chocolatey, nutty and berry flavor notes, which tells on the stellar quality of Ceylon Coffee.

The global speciality coffee market is projected to reach over USD 80 billion by 2025 which offers enormous growth potential for coffee producers. In line with this increasing demand, Sri Lanka’s coffee exports have increased in recent years, growing 84 percent from 2017 to reach nearly USD 355,000 by 2019 as per Export Development Board (EDB) data. The coffee industry has attracted increased investment from the private sector and increased local demand and consumption of locally grown coffee in hotels, restaurants and cafes.