Home/Blog/Delve into the History of Ceylon Tea Plantation, Production & Supply

Delve into the History of Ceylon Tea Plantation, Production & Supply 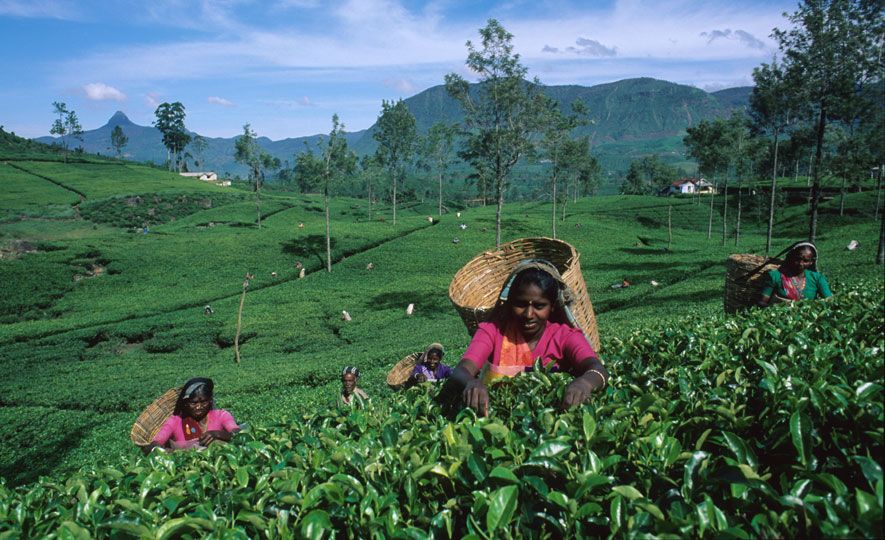 True to the observations made by one of world's best thriller writers, the rise of Ceylon Tea Industry in Sri Lanka and the lush Ceylon Tea plantations stands witness to the indomitable courage shown by a group of pioneering tea planters, who chose to grow tea, when life threw lemon at them.

The first tea plantation of Sri Lanka was initiated by Scotsman James Taylor, who planted tea seedlings brought down from Assam, India on a 19 acre plot of his estate, Loolecondera Tea Estate in Kandy in 1867.

Tailor has been experimenting with tea plantation in Sri Lanka since 1850s and gripped his chance of expanding this new crop, when most of Sri Lanka's thriving coffee plantations were crippled by the fast spreading coffee rust.

Within the next ten years the coffee plantations of Ceylon, which produced most of the world's coffee demand were destroyed completely by the rust. While nearly 1700 colonial coffee planters returned home to UK, 400 indomitable souls stayed back to switch to tea and to fight their destiny.

He also sought to perfect the two leaves and bud method of tea plucking, trying to fine-tune every step involved in the process of tea manufacturing.

His first batch of tea leaves amounting to 23 pounds was sold locally and was hailed as delicious, which encouraged Tailor to dispatch his second bulk tea batch to the London Tea Auction in 1875. Since then, the fortunes of Ceylon tea have taken off to became one of the most sought after beverages around the world.

By the year 1890, the colonial Ceylon was exporting 22,900 tons of Ceylon Tea and Thomas Lipton arrived on Sri Lankan shores to purchase more tea planting land.

With the accelerated growth of tea plantations in Sri Lanka, the need for efficient and cheap labour increased, resulting in East India Trading Company bringing in South Indian families to function as tea pluckers and labourers toiling at the blooming tea gardens of Sri Lanka.

Aided by the right climate conditions, intensely rich soils of Sri Lankan highlands and the sweat and blood of South Indian labourers, the Sri Lankan tea industry was on its way to becoming one of the biggest in the world.

The Tea Research Institute (TRI) was established in 1925 to improve the yield and production of the Ceylon Tea, which was on the way to conquer the global tea market and by 1927, the annual tea export of the country reached the mark of 100,000 tons.

Although Ceylon Tea production was fuelled by local energy and resources; the management, trading and ownership of Sri Lankan Tea Industry were held by British until 1941, when the first locally owned tea brokerage, M/s Pieris and Abeywardena was established in Colombo.

By the year 1955, the extensive research into tea paid off and the first cloned tea field was cultivated giving birth to an era, where superior tea varieties with high yield and resistance to diseases were the call of the day. Sri Lanka's total tea cultivated land reached 200,000 hectares by 1960s with an annual production of 200,000 tons.

With the introduction of instant Ceylon Tea to the global tea market in 1963, Sri Lanka became the world’s leading tea producer in 1965.

The change of country's political direction in 1970s gave way to a wave of nationalisation of private property and most of the country's privately owned tea plantations were nationalised and were brought under the Sri Lanka Tea Board (SLTB).

A new energy of innovation, pumped into Sri Lanka's tea industry, led to the importing and re-exporting of value added and blended tea and launch of Ceylon green Tea industry. The Sri Lankan Tea industry also adopted the Crush, Tear and Curl (CTC) method of tea processing for the production of black tea.

After almost 125 years after the initiation of Tea industry in Sri Lanka, the ownership and management of tea plantations were reverted back to the private sector creating a new generation of Sri Lankan tea traders and Tea planters, who are combining local resources with international knowledge to create a new era in Ceylon Tea, which now commands a US$ 1.5 billion export market, as the number one tea supplier of the world.