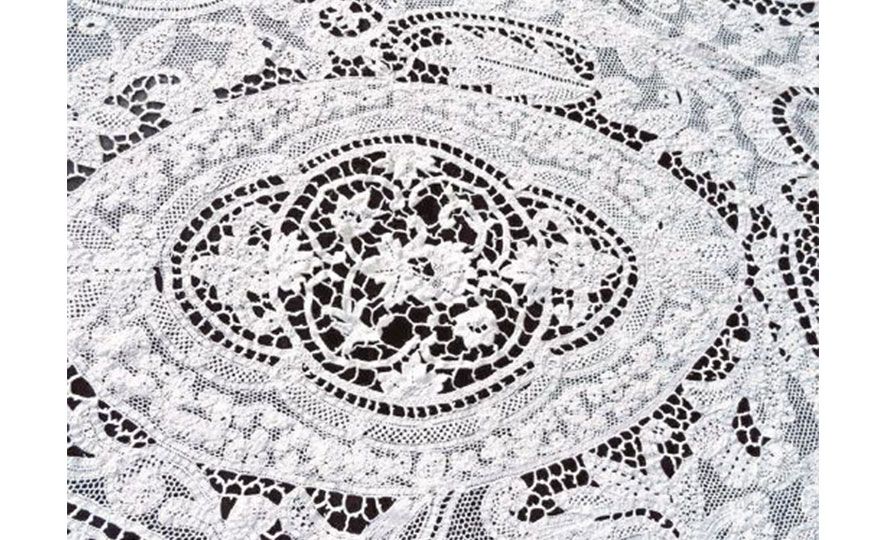 Refined into an art at the royal courts of Portugal and developed into an industry in the annals of Dutch Galle, the delicate art of beeralu or Dutch lace making has endured the test of time over generations.

Once an essential part of the dress of a Southern Belle, Dutch lace is making a comeback in the local fashion scene, thanks to a large number of young designers, who are seeking to add a local touch to their international designs.

Having originated in Italy, lace making soon spread to the other parts of Europe becoming the height of fashion by 1600s. It was a favourite pastime of the Queens and noble women and provided a living to their underlings, who learned the craft from their mistress.

Despite the popular belief that Dutch lace was introduced to the country by the Dutch colonials, a look into the history of beeralu or Dutch lace making in Sri Lanka reveals that it was first introduced by wives of Portuguese officers in Sri Lanka to the noble women of Southern Sri Lanka as a hobby or a pass time.

The long beeralu-fringed sleeved blouse, known as the kaba kuruthuwa, has been part of the traditional feminine attire of the south for centuries since the late 16th century, when the Portuguese took over the coastal lines of Sri Lanka.

With the passing of the centuries, the making of Dutch lace had spread into the hands of the more common classes, and have acquired a local touch and feel in designs.

Many homes in Galle houses a beeralu pillow made of softwood placed on a larger surface padded with soft coir. Raised on short wooden pegs, the wooden parts of the lace pillow is further padded with paper and tightly covered with cloth. The thread is wounded on bobbins and twisted around pins set in the pattern while the tension of the work holds the design in place.

Once a popular art among the housewives of the south, beeralu is a dying art today. With only a small community perfecting the designs and flares of beeralu industry, the National Council of Craft and Department of Small Industries have taken immediate steps to preserve this dying art by introducing new blood into the industry.

By establishing beeralu lace weaving training centres at Southern coastal village, the government has established the flow of training and information of beeralu weaving to the younger generations confirming the continuity of the trade.

Meanwhile a group of young local fashion designers are striving to bring Dutch lace to the limelight again by incorporating them in their fashion designs. The winner of British Council Young Fashion Designer of the Year award in year 2011, Kasuni Rathnasuriya has been including Dutch lace into almost all her designs created and marketed under the label ‘KUR’ which concerns the sustainable approaches in the fashion business such as revitalizing the dying crafts in Sri Lanka.

Her modern designs featuring delicate Dutch lace has been the toast in local and global catwalks, reviving the fortunes of Dutch lace and establishing it among the chic and fashionables of today's world.