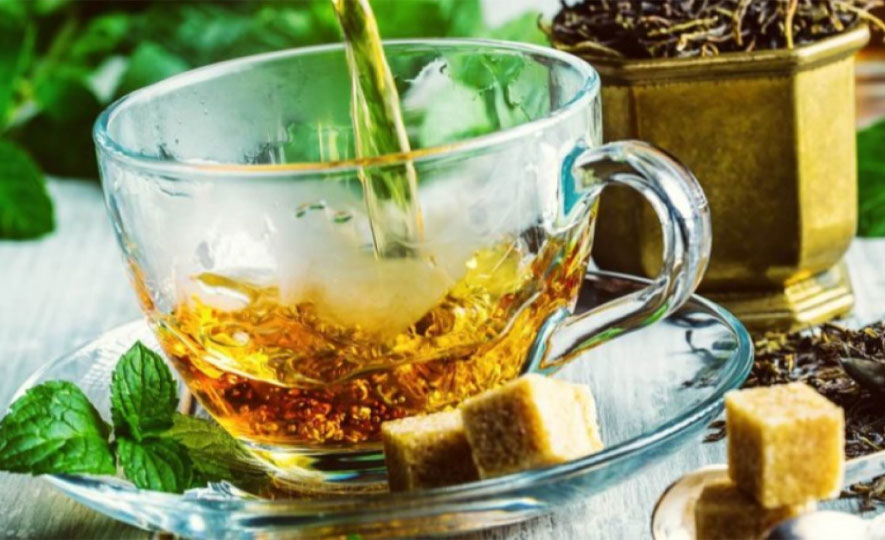 The healing power of herbs is often appreciated. With time, many cultures have developed around their values. Traditional healing practises such as Ayurveda medicine involve the use of herbs in various ways. Herbal tea or infusions are one such beverage that is widely known across the world.

Even though it contains the term” Tea”, herbal tea or Tisane is not a type of tea. The Camellia Sinensis plant is a plant that produces tea leaves, but herbal tea is made using other herbs. It is an infusion or a blend of various leaves, fruits, barks, roots, and flowers. Herbal teas are mostly known as tisanes in most parts of the world. They provide various health benefits.

Sri Lanka has a long history with traditional medicine. The way how certain herbs helped our ancestors in the ancient days have been mentioned in historical records. The therapeutic benefits of these teas can vary from each other based on the herbs they are based on.

While most herbs are commonly found in home gardens in Sri Lanka, most consumers prefer herbal tea bags and packets that can be used straight away with hot water.

Ranawara Is a medicinal plant that is mostly grown in the dry zone of Sri Lanka. Its botanical name is Senna auriculata. Its leaves are mostly used to make mallung, which is mostly consumed expecting various health benefits.

Ranawara Tea is the most popular way of consuming Ranawara. It is a herbal tea that has been passed down from generation to generation. Since it is free from caffeine, it helps the body to hydrate. It naturally detoxifies the body while promoting blood circulation. It is a famous hot beverage among diabetes patients since it helps to control sugar levels inside the body. Drinking Ranawara Tea can also promote healthy skin. Anyone suffering from bad odour and body heat can seek help from Ranawara Tea. Just like other herbal teas, Ranawara Tea is also available in teabags.

Iramusu is another popular herbal plant that can be found in most parts of Sri Lanka. Its healing power is used to treat various illnesses and ailments. Its roots contain Hemidesmus smilasperic acid. Drinking iramusu tea helps the body to cool itself and to treat various health conditions that occur due to body heat. Therefore, anyone suffering from ulcers, skin conditions, headaches, and irregular menstrual cycles can enjoy the benefits of iramusu tea. Once consumed, tiramisu tea helps to purify the blood and detoxify the body. It develops a cleaner system for blood flow. Its taste is bitter and sweet at the same time.

Ginger does a great job as a spice. It is one of the most widely used spices in the world. Just like it helps to enhance the taste of many recipes, ginger itself has a lot of nutritional value. It contains unique compounds that are also major sources that result in its health benefits. Gingerol, shogaols, zingiberene, and zingerone are some of those compounds. Consuming ginger tea is one of the best ways to witness its nutritional value.

Ginger tea became famous in most Asian cultures. Drinking ginger tea can help in calming down motion sickness. The beverage helps to get rid of any symptoms such as dizziness, vomiting, and cold sweat. It also helps to avoid any heart related conditions such as heart attacks and high blood pressure. Ginger tea is also rich in antioxidants. As a result, drinking ginger tea can strengthen your immunity system and reduce stress.

Pol Pala, also known for its scientific name Aerva lanata, is another famous herb in Sri Lanka mostly known for its health benefits. Other than a healthy porridge, pol pala is mostly consumed as a herbal tea. In Ayurveda medicine, pol pala is considered a diuretic with anti-inflammatory, anti-bacterial, and anthelmintic effects.

Pol pala tea is mostly consumed by individuals who suffer from lithiasis, cough, asthma, and headache. It is also considered to be highly beneficial for the health of the bladder and kidneys. Drinking pol pala tea can help to avoid the formation of kidney stones. It also gives instant relief from urinary diseases. Pol Pala is mostly available at marketplaces in its dehydrated form.

Mostly known as “Belimal”, the herb has served good health for generations. The herbal tea made from beal flowers is known for its significant fragrance and health benefits. It helps to treat asthma and fever. It is also famous for its goodness when treating malaria.

It relieves palpitations, heartburn indigestion, bowel disorders, and vomiting. Bael flower tea is made by boiling sun-dried bael flowers. It is better if no sweetening agents are added. Most Sri Lankans consume this beverage with a piece of jaggery. The longer the tea is boiled, the better it tastes. The brew is also stronger in colour if boiled right.