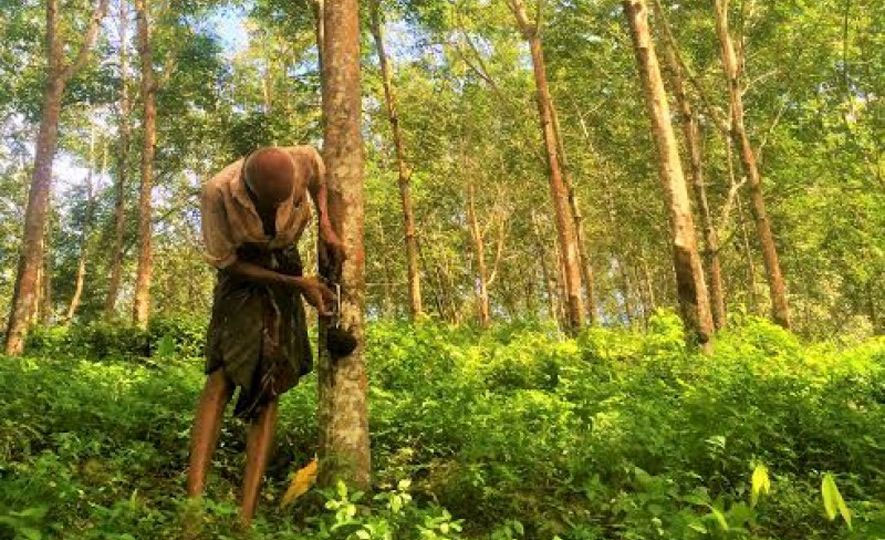 Sri Lanka, the cradle of the global rubber revolution and one of the eleven natural rubber growing countries in the world, only holds the tenth position among the eleven members of the Association of Natural Rubber Producing Countries (ANRPC) mainly due to the low production and yield of natural rubber.

Due to the low yield in Sri Lankan rubber plantations and to the rising amounts of domestic consumption, Sri Lanka’s rubber exports have diminished from 120,900 metric tons in 1980 to a mere 16,300 metric tons in 2014, as per the statistics provided by the Rubber Research Institute of Sri Lanka.

Despite the country’s glorious past in global natural rubber industry, Sri Lanka’s rubber cultivation has got limited to a mere 133,000 hectares and produced only 98,570 metric tons of natural rubber in the year 2014.

In the meantime, Thailand, the world’s leading exporter of natural rubber has 3,138,170 hectares of rubber and produced 4.5 million tons in the year 2016 with a yield 4.44 tons per hectare.

While Sri Lanka could expand and replant the number of rubber plantations in the country, we could also look into increasing the yield by increasing the per hectare yield to meet the demands of the local and global markets.

The Rubber Research Institute of Sri Lanka (RRISL) proposes to introduce a range of rubber clones, which has high endurance level to drought and infections as well as providing a higher yield. The Genetics and Plant Breeding Department of the RRISL are in the process of developing highly stable and adaptable clones capable of delivering high mean performance in different agro-climatic regions of Sri Lanka.

Moreover, conservation, evaluation, curation and enhancement of the Hevea germplasm at pre-breeding stages could also assist the development of rubber breeds, which shows a greater resistance to pests and diseases and provide a high yield.

The possibility of using rubber as a timber product is also a significant factor that is being considered when developing a super rubber clone. In fact, the RRI along with the rubber development department of Sri Lanka has been investigating the potential of mature rubber trees as a timber tree.

While a strategic plan made under the Ministry of Plantation investigates the setting up of the rubber wood processing unit to produce value added rubber wood for local and global consumption as well as implementing a set of guidelines on rubber wood harvesting to maintain the quality of the value addition.

The possibility of high monetary gain made through the harvesting of mature rubber trees with reduced yield can be a timely inducement to rubber holders and plantation to replant the old and low yielding rubber trees in country’s plantations.