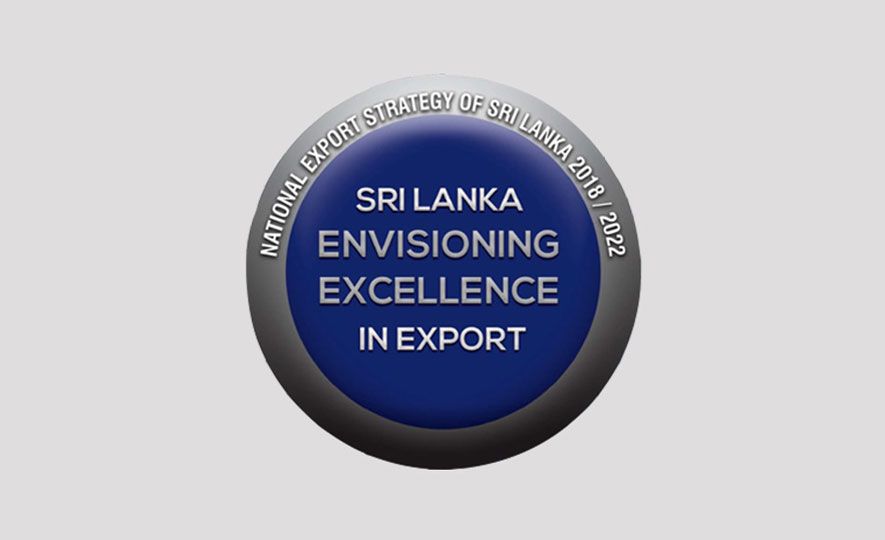 In a strategy to reinvigorate Sri Lanka's potential as an Export Hub, the Government of Sri Lanka has formulated a five-year plan that promises to put the country on an equal footing with some of the leading economies of Asia. The National Export Strategy (NES) is being hailed as a 'first of its kind' as it has enlisted all stakeholders in the formulation and now in the implementation process. Comprehensive action steps have been listed out to improve the overall business environment for export and to diversify Sri Lanka's export basket through innovation and entrepreneurship.

In an interview with Business Lanka Magazine, Export Development Board's (EDB) Director of Policy and Strategic Planning, Ms U K Dayani Wegapitiya spoke at length about the formulation of the five-year National Export Strategy (NES) and the impetus it will bring to the Sri Lankan economy.

Getting a head start

The National Export Strategy (NES) was officially launched in July 2018 to steer Sri Lanka into a new era of export lead growth with a vision to make Sri Lanka an export hub driven by innovation and investment. Two primary factors were taken into consideration in the formulation of the NES. First, rethinking and restructuring key segments of the supply chain to create a conducive environment for all exports. This included the end to end development of the logistics sectors and aligning to quality certification, testing and certification mechanism that was on par with the global standards.

Second, the diversification of the county's top export basket, which is currently dominated by Apparel (over 50%), Ceylon Tea, Spices (17%) and Rubber and Rubber based products (7.5%) making up close to 75% of Sri Lanka's export earners.

Several inputs were taken into consideration in formulating the NES, including feedback from key regional economic centres such as Jaffna, Kandy and Galle and the review of a shortlist of nine sectors that had the potential to grow exponentially with a structured plan, supported by improved infrastructure and a conducive policy environment. "We conducted the consultations parallelly and started work in some areas to fast track the formulation of the NES and its roll out. We also pre-empted some of the policy decisions that needed to be taken by the government and budget allocations and submitted a proposal for the 2018 budget. As a result, some of our proposals received budgetary allocations allowing us to commence work much earlier than anticipated."

The NES transcends a mere policy document to a fully-fledged working paper, with each strategy identifying actions, leading implementation partner, supporting implementation partners, starting date, ending date and tentative cost. It also has checkpoints and milestones throughout the five-year period to ensure each stakeholder is held accountable for timely action. The composition of the NES will also ensure that it transcends any inadvertent political change during the proposed period. This ideology has been engrained in the NES through the four strategic objectives, specifically reading as "to have a business enabling, predictable and transparent policy and regulatory framework that supports exports."

Growing the export sector and increasing its contribution to earnings has been a key objective of consecutive governments in view of igniting Sri Lanka's growth trajectory. The formulation of the NES was aligned to this long-standing objective, while ensuring that the scope and deliverables were also defined. "We did our homework before we started and made a shortlist of the industries where we saw the greatest growth potential. Electronics is an area that caught our interest. Thailand and Indonesia were in a similar footing as Sri Lanka, with apparel making up a significant part of their exports, but these countries then moved on to exporting electronics and growing their IT sectors as an export diversification strategy. We don't have to manufacture the full product, it can be different components that connect to the global production network."

The selection of the six sectors also considered the resource and skill availability locally and the capacity for growth in each sector. Through this process, the stakeholders that comprised of both private and public sector policy makers, entrepreneurs and experts identified IT-BPM, Wellness Tourism, Boat Building, Electrical and Electronic Components, Processed Food and Beverage, and Spices and Concentrates as focus sectors for innovation and export diversification. The stakeholders also identified key actions to spur the sectors into a growth phase. Key actions include attracting foreign investment into each sector, awareness among youth and enable access to global talent where critical and implementing a country branding programme for each sector and overall for Sri Lanka as a hub for trade and services.

A number of specific objectives were also identified such as developing products and services that could be identified as Sri Lankan and driving the recognition of geographic indicators and patents that would further reinforce the country's intentional trade potential.

Further, the stakeholders identified the need to review and refresh Sri Lanka's policies and regulations governing these sectors to enable them to grow exponentially and put in place a cohesive ecosystem inclusive of new laws, certification processes, supporting infrastructure and other mechanisms that will help grow the output and export potential of the sectors.

Four specific areas were pinpointed under this process, which comprise of the development of the logistics sector, implementing a national quality monitoring, testing and certification infrastructure, developing a comprehensive trade information and promotion platform and the nurturing of an innovation and entrepreneurship-based culture. These four areas are expected to provide a coherent framework that will support all export related industries to grow. While the focus sector and trade support function strategies focus on industry-specific priorities, they also highlight cross-sector priorities such as access to technology, development of industry clusters and linking industry to academia.

Entrepreneur Focus In the formulation of the NES, emphasis was also given to develop export entrepreneurs from across Sri Lanka. This stemmed from the need to develop processing industries and increase value addition along the supply chain before it reaches the export state. This is expected to further increase the revenue potential of Sri Lankan exports, over and above the system of exporting raw material or low value-added goods.

"We are also looking at addressing the need for skilled labour in these industries. For instance, for the electronics sectors we collaborated with the Ministry of Education and Higher Education and are formulating a strategy that will create awareness for the employment potential in this sector among students nearing completion of their schooling years. We are also exploring the possibility of including training in these sectors to be included in the curriculum, making the students, job ready by the time they leave school. From there on they can gain further education and experience in their chosen field. Through this mechanism we hope to create and grow 2000 entrepreneurs by 2020 adding to the pool of value-added exporters in Sri Lanka."

Since the initial impetus in 1977, Sri Lanka has strived to become a trading hub, with many policies and plans being developed for the growth of export lead industries. However, many did not gain the momentum needed to sustain the plans beyond the launch phase, possibly because they were developed in isolation and not taking into consideration the entire chain of events that facilitate or hamper the growth of the segments. This NES seeks to address many of these issues, which stemmed from the lack of a wider view on re-shaping of the export basket and the support services and policy framework. The NES is also the first document that is formulated by all stakeholders, including policy makers and the private sector and has developed actions that cut across sectors and industry verticals. The detailed road map laid out by the NES will contribute to faster export growth and create more higher income jobs, putting Sri Lanka as a powerhouse among the Asian trading economies.