Insights from the Apparel Sector to Make NES a Success 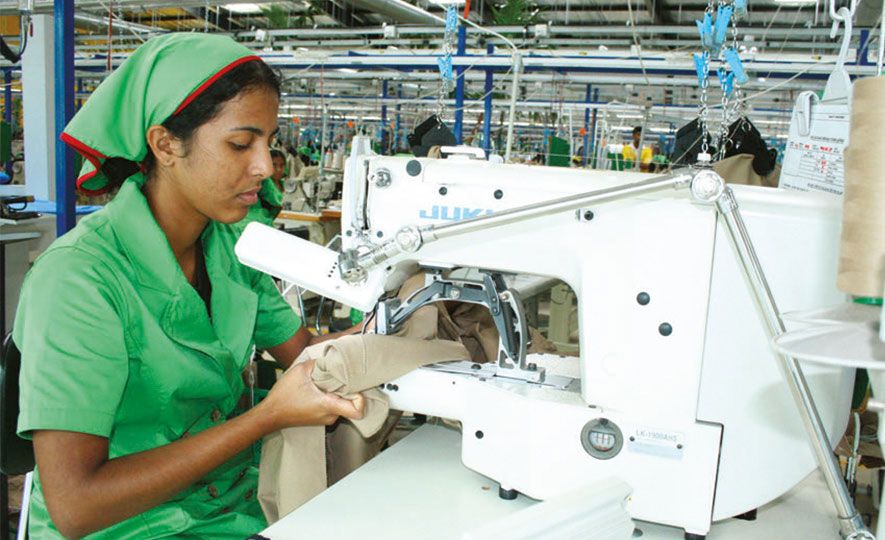 “The momentum that was created in the 1970s, actually was centred around a totally different economic philosophy, where the survival of the economy would depend, not on the creation of industries within the country for domestic consumption, but on export capabilities. I think that is the basic principle with which we started on," said Mr. Tuli Cooray, Secretary General of the Joint Apparel Association Forum (JAAF) said, commenting on the process which led the apparel sector into an era of growth and propelling the sector into Sri Lanka's leading export in an interview with Business Lanka Magazine.

It has been over four decades since the economy was put on an export-oriented footing, and evaluating the progress today, the growth momentum in many of the sectors is not in line with the expectations. "How do you be different? Why was it different with the apparel industry? And if you really focus on that subject, then you will know why the others have fallen," Mr. Cooray said.

Looking back to the 1970s, when the apparel industry was started, Mr. Cooray stated that the structure that was in place in the country for the creation of apparel exports was very conducive. Sri Lanka was "relatively poor" despite its categorisation as a developing country at the time. This meant that employment opportunities were scarce, and this was the critical factor of production that was required for the apparel industry to perform. However, Sri Lanka did not have any of the raw material needed and had to depend on imports. What it did have was low cost labour and compared to similar economies at the time, a literate labour force, which was the result of the free education, health and free meals that were provided by the government.

With this base asset in place, Sri Lanka opened its shores to foreign direct investments, which helped bring in technology, way of doing business, best practices and market access. The concept of export processing zones created the environmental framework that allowed an exporter to have access to inputs at an international market price and helped the apparel industry thrive.

"So you can ask why that did not happen in tea, coconut and rubber. But it did happen, but not in the aggressive manner that was required, because if you see the GDP data, we no longer talk about tea, rubber and coconut. We talk about coconut-based products and rubber-based products. But the extent to which it has expanded was not commensurate with the resources they were utilizing. Take for example, the entirety of the tea industry is taking over one third of the land in this country. The apparel sector required very little. Imported inputs and the manual capability of the workforce put together, they were able to do that. Which was supported by the technology and the best practices."

The local entrepreneurs from the apparel industry also took the initiative to participate in the total manufacturing processes, setting up weaving mills and other support services as needed.

Mr. Cooray states that the period between 2002 and 2005 was a turning point in the apparel industry when the decision making shifted from the supplier to the buyer. "When the entirety of the world said Sri Lanka will not be in the apparel sourcing map because they don't not have the verticality. In 2003, in fact they took a bold decision that we will continue to consider the world as our market, not be confined to Sri Lanka. I think that is the message that had been given by this industry to the rest of the industries. The day that you decide that your market is not Sri Lanka but outside and that is the day you will understand the intricacies of the international marketing and export penetration."

Being pushed to compete with other countries and factories vying for the same market share, Mr. Cooray said that Sri Lankan companies needed to be better and be able to compete with countries at its own level and even countries that are more efficient, have better facilities and technology to penetrate the global market. "Therefore, you got to ensure you are competitive.

If you don't do that you can't be in the market."

Sri Lanka has had a number of national export strategies since Export Development Board (EDB) was established, Mr. Cooray said, adding that it is a very valuable and extremely powerful piece of legislation and combined with the Board of Investment offered Sri Lanka the impetus needed to achieve the level of export they have achieved today. However, he opined that the previous export strategies developed by the EDB, had extremely valuable consultation processes, lacked ownership of the strategy by the stakeholders, leading to its poor execution.

"The new export strategy is distinctively different to that of those strategies that were prepared by the EDB earlier. This strategy is actually owned by the stakeholder. The stakeholders are all the policymakers and the implementers and the users of that policy and the people at large and that consultation process has taken place. So that is one of the unique features in the new national export strategy."

Mr. Cooray also commended the National Export Strategy (NES) for focusing on the improvement of the relevant business environment to do business for all sectors including the sectors that have been identified as mature sectors. "First is information, the second is creating quality and required infrastructure for the purpose of ensuring the goods manufactured are of quality. Then there is logistics. We as an industry are looking forward to a creation of a liberal logistics service sector, because that's a way that we as an industry can ensure speed to the market."

Elaborating on the logistics sector development he said, "When you consider it includes e-commerce, doing transactions with the government on electronic documentation, managing our shipping, managing our warehouses, distribution, transportation. In some countries logistics goes to the extent of multi-model transportation. If the movement of goods can be eased it will essentially improve the time of our delivery to the market, and that's why logistics is important. Improvement of logistics is one of the biggest challenges that has been taken over by the NES."

Mr. Cooray added that the clearly detailed action plan that has been prepared under the NES would enable the various export industries to manufacture in a competitive manner for the external market, effectively increasing export earnings. "That is more important than giving a subsidy. That is more important than giving a loan. Our relationship with the buyer will improve, because we become competitive, reliable, and deliver on time. Entirety of the improvement of the environment under the first section of the National Export Strategy, covering all those four areas, will ensure that."

Meanwhile, Mr. Cooray stated that the six focus sectors, presented a different opportunity on its own, as it looks to diversify Sri Lanka's export basket. The concern however, is the five-year time frame of the NES and if that would be sufficient time for the sectors to achieve the desired results. "Can the focus sectors achieve the targets set? Given the changes that are required. Even if the results are not achieved fully, this journey has to begin. Once these sectors realize that the world is their market, they will begin to look at competitiveness, so this gives them the much-needed push."

"If we approach international trade on that basis, all of our exports will have to be competitive, to penetrate to global market.

All Hands on Deck

Historically, the textile industry has been the front runner for any country's industrial development. However, today, the largest exporters of apparel in the world reached the top spot as a result of the internationalization of the supply chain, or globalization of the supply chain. While Sri Lanka's unemployment rate hovers around the four percent rate, many sectors are facing labour shortages. "The uniqueness of Sri Lanka's labour force is literacy. That uniqueness has created an environment where a minimum of 70 percent of the people are internet savvy. Why should they sit behind a machine and work? People are aspiring to be entrepreneurs, earning more money and looking for freedom. That's the reality," Mr. Cooray said.

Meanwhile, the manufacturing sector is also faced with the negative perception in society about working in a factory, which adds to the issue. "We need to balance this. The apparel industry does the balancing on three fronts. We have understood the value addition we could do in this process of manufacturing garments. Most companies have outsourced their assembly to countries like India, Bangladesh, Ethiopia and Kenya. Inside the country our core competency still remains inside the country. For that, we have introduced technology and upscaled our labour. We are trying to minimize human intervention in the production process. Third aspect is exploring the possibilities of going into areas where employment opportunities are yet to be provided in a significant manner within the country."

Mr. Cooray says there is a fourth and a fifth option to this equation. The fourth, which is operating as a commercial hub, which allows a Sri Lankan business to do the contracting and order management, while the manufacturing is carried out in another country. The fifth option, and final option is the importation of labour.

In 2017, Sri Lanka was still classified as a lower middle-income country with a Gross National Income (GNI) of between US$ 996 to US$ 3,890. Once the country graduates to an 'upper-middle-income economy' status (as classified by the World Bank) and remains at that classification for three years, Sri Lanka will lose all GSP concessions currently available. By current estimates, plus a two-year grace period, it is estimated that Sri Lanka will have preferential access under the GSP scheme till 2021 or 2022.

"If we approach international trade on that basis, all of our exports will have to be competitive, to penetrate to global market. The most favoured nation treatment tax basis will be replaced by a different tax basis, where all the WTO rules, will apply. There is be no subsidies, instead a system that can be provided by the government will be in place," Mr. Cooray stated adding " You can't go on export performance, therefore, that's the journey I look forward to, in that context, if we achieve our target of increased exports, even by 50 percent, we should be happy."