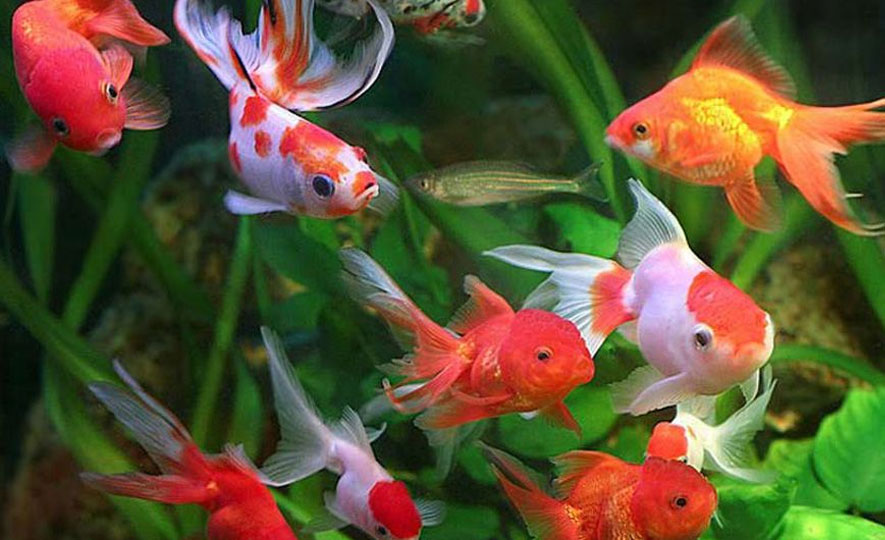 The diversity of this fish fauna is influenced by the diverse drainage system present in the country leading to a certain pattern for the distribution of freshwater fish. The potential of this fish source was identified by certain individuals and entities that led to the creation of an “Ornamental Fish Industry” within the country. This was started in the 1930s by several small-scale importers, breeders, and hobbyists. The first public aquarium of Sri Lanka was built in Colombo (Dehiwala zoo) in 1952 creating an initiation area for the Aquarium fish industry

This commercialized industry, later on, turned out to be a thriving income earner for the country with an export market creating employment opportunities for many people. As a result, the establishments expanded towards the north-central, north-western, and central provinces of the country.

In 1998, the export of ornamental fish showed significant growth from Rs.98 million to 528 million. Sri Lanka exports marine, freshwater, brackish water, fish species, and invertebrates. The small and medium-scale producers ensure the quality standards of these fish species while ensuring that the exporter fish is only captive-bred and are not naturally harvested.

The Island’s Support for the Industry

Sri Lanka consists of favourable landscapes that support ornamental fish farming. Since the lands are in abundance, lands that cannot be used for agriculture or other establishments are used for fish farms. This is further supported by the favourable climate conditions and the availability of quality water. The grow-out facilities are mainly cement cubicles, glass tanks, and earthen ponds. The most commonly used fish supplements are farm-made feeds, shrimp, and poultry feeds.

The legislation is also designed around the prevention of diseases and unwanted species from entering the country. The export of certain live fish varieties is also prohibited. If there is any requirement to export such species, the exporters must possess a certificate issued by the Department of Fisheries in Sri Lanka.

Similar to the export market, the presence of a reliable local market inside Sri Lanka supports the industry to move forward. Market places can be found in major cities and especially near schools. Many suppliers from rural areas tend to depend on the local market. Goldfish, Platy, Swordtail, Molly, Carps, and Angels are some of the highly demanded species in the local market. Buyers in the local market are more interested in keeping fish to be displayed at private homes, public buildings, military camps, banks, and various private and government institutions.

The ornamental fish industry in Sri Lanka is governed by stringent environmental laws to protect the sustainability of the industry as well the endemic fish population in the country.

Nearly 74% of the endemic fish species are threatened by extinction. 12 of these species are critically endangered, while 12 remain to be endangered and 9 are found to be vulnerable.

Most of these fish species are found outside the protected areas that expose them to the threats of degradation, habitat loss, overexploitation, pollution, and climatic change. Several recommendations have been made to conserve these endangered species. These recommendations suggest carrying out island-wide surveys to identify species that are yet to be described and conducting population assessments.

The ornamental fish breeding industry of Sri Lanka mainly consists of fish breeders, fish farmers, out-growers, middlemen, collectors, and exporters. Breeding centres for ornamental fish have been established at various parts of the island. These facilities provide space for a variety of species while providing training for ornamental fish farmers. Farmers are also supplied with high-quality ornamental fish brooders. The health of the fish is a mainly considered point in these facilities. Since most of these establishments are overlooked by the government, their motive is to promote and establish small, medium, and large scale private sector investments in aquaculture.

The main ornamental fish species dominating the Sri Lankan export market are Guppy, Neon tetra, Platy, Swordtails, Molly, Angels, Goldfish, Zebra danio, and Discus. Out of these species, 60% of the total exports consist of Guppy, Swordtail, Platy, and Molly. There is a growing demand for ornamental exotic fish. Therefore, the development of technology for the production of high-quality fish of high demand species and breeding of new varieties via hybridization has been identified as the main requirement for the development of the industry.

Ornamental fish breeding and collection is one of the world’s oldest hobbies. As a result, the demand for various fish species has been growing with time. Even though there have been ups and downs, the Sri Lankan Ornamental fish industry possesses great potential to succeed in becoming one of the major foreign income owners of the land. Even though the industry provides employment, there is more opportunity to enhance the livelihoods of poor people living in rural areas through the improvement of seasonal tank culture.

Ornamental fish is also a developing cottage industry in the country. This creates an inland demand for the fish species as well as overseas. Another key point to consider is the packing of fish when exporting. The objective of fish transportation in a commercial operation is to minimize fish stress, maximizing load density, and high survival rate at the arrival of its destination. This has a direct effect on the progress of the industry. With these facts considered, Sri Lankan ornamental fish farming will be able to achieve its goals with less pressure in no time.