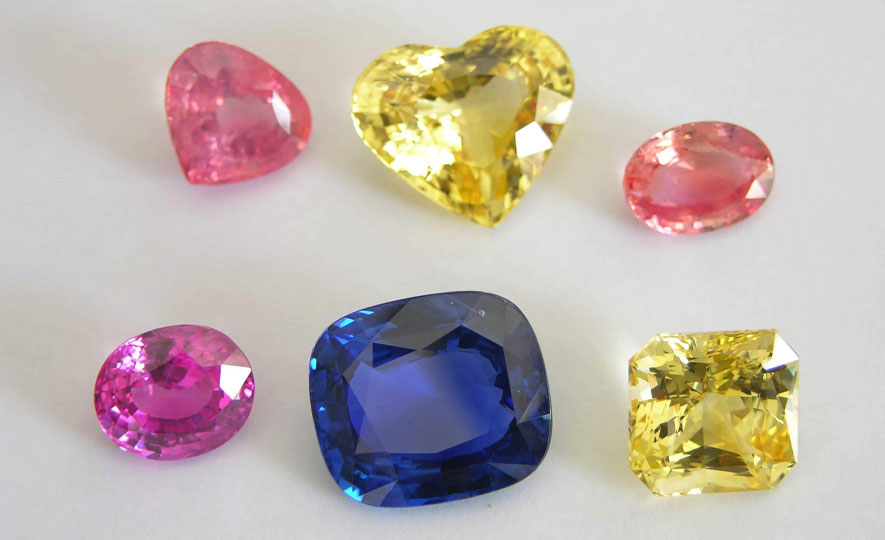 Weighing some 138.7 carats, the Rosser Reeves Star Ruby is one of the world’s biggest and most precious star rubies. This Sri Lankan stone is famed for its striking colour and noticeable star pattern. Advertising mogul Rosser Reeves, whom this stone is named after, donated this to the Smithsonian National Museum of Natural History in Washington, D.C. in 1965.

The enormous 478.68-carat Sri Lankan blue sapphire was named after Queen Marie (1875-1938), the beautiful consort of King Ferdinand of Romania who originally bought this gem set as a drop to a diamond necklace for her just one year before his coronation. Queen Marie wore the splendid necklace for the coronation; it was a perfect match for her beautifully crafted sapphire tiara. On November 19, 2003, the gemstone appeared for auction at Christie’s Geneva under the title of “property of a noble family.” The buyer remains unknown to date.

The Eye of the Lion

It was in Pelmadulla in Sri Lanka where this 465 carat chrysoberyl cat’s eye gemstone was discovered in the late 1800’s. It was first owned by a family that descended from King Rajasinghe the First, who reigned supreme in the island nation during 1581 - 1593. There could hardly be a more appropriate name than “the Eye of the Lion” considering the legendary bravery of the King. After the Smithsonian Museum expressed interest in buying the gemstone in 1978, little was heard about it for the next three decades. The stone resurfaced in 2006 at the AGTA gemological testing center’s New York lab in the hands of the gem dealer Jeffery Bergman of Primagem, Bangkok, Thailand.

This 361 carat red spinel was discovered in Sri Lanka. The gem was first owned by the Mogul Emperors of India who got their name engraved on the stone. The Timur Ruby now finds its home among the crown jewels of Great Britain that are owned by Queen Elizabeth.

The “Maharani Cat’s Eye” chrysoberyl amounts to 58.2 carats in weight. The golden honey color and the sharp eye makes it an extraordinary rare and fine jewelry piece. Discovered in Sri Lanka, the size, colour and transparency as well as the sharpness of the eye make it a rare and very important gemstone. It's currently on display in the Smithsonian National Museum of Natural History in Washington, D.C.